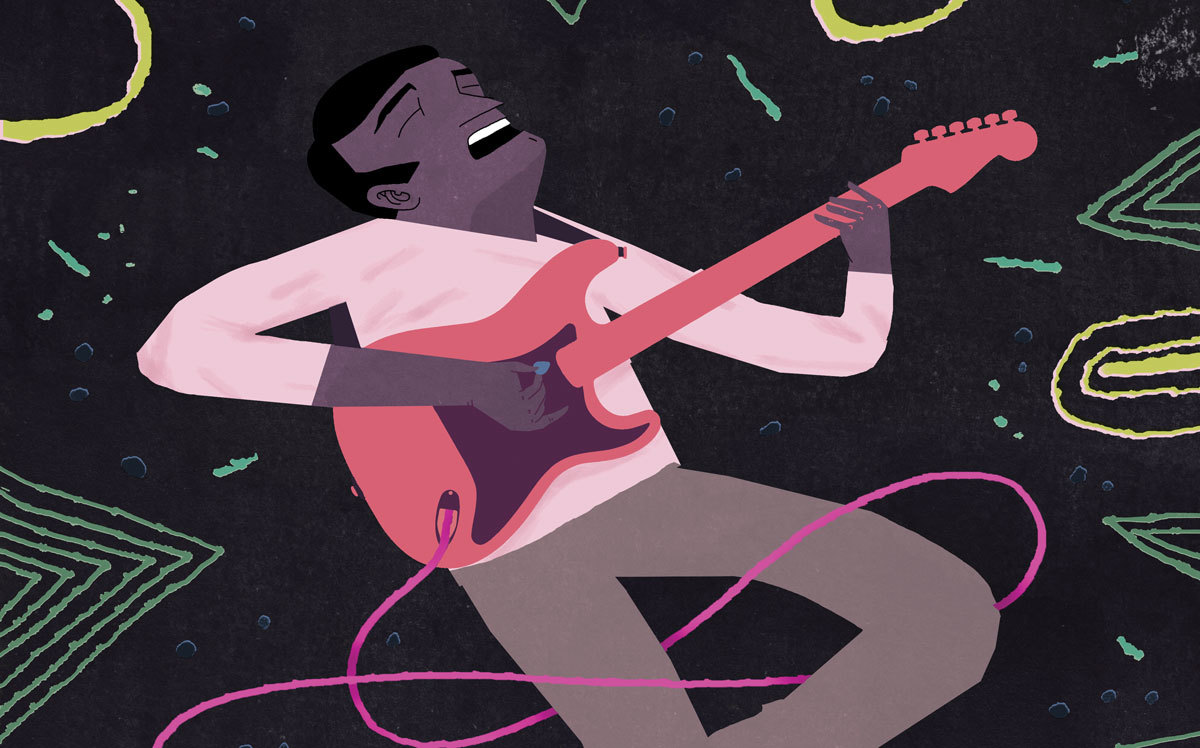 A Walk on the wild side of Calcutta

Bengali music has played an increasingly prominent role in Calcutta’s musical history since India gained its independence. Rupleena Bose on the history and impact of the genre on the city, and India's music scene

The Indian Institute of Technology in Delhi is hosting the final day of its annual cultural festival. The crowd—“high heads” as they were called at the time—is expectant. The excitement grows, and soon spills over into chaos. The rock band High has an argument to win. They have come all the way from Calcutta to perform.

The evening is reserved for High, although the event’s organizers have included a warm-up act, White Fang, a young college band from Delhi. Rock shows are rare; it is only fair that a local band from the college circuit be a part of the concert. High, though, are disappointed. This is meant to be their show, and anyway Delhi bands have the rest of the year to play. The concert is also a rare chance for the band’s members, who hold regular day jobs, to play outside Calcutta. Dilip Balakrishnan, High’s charismatic founder, who works at the corporation Exide, has told his bosses that his band have been shortlisted for a contest to select bands for the Asiad Games.

In early 1980s India, rock music was heard and sung in rebellion and protest. Rock was a secret that young people carried in their minds, out of view of the larger public’s moral gaze. Rock was their secret city. In the history of Indian rock, High’s concert at IIT in Delhi remains legendary. The escalating tensions at the concert forms part of this mythology. “The night was rushing towards anarchy and disruption,” a musician present that night would remember years later. It was a strange experience for High, all so different from home.

Concerts were a regular occurrence in Calcutta. Various musical strains—mainstream, traditional, popular film tunes, adhunik songs and modern genres like jazz and rock—competed for audiences. In Calcutta, people remembered the Bengali poet and Nobel laureate Rabindranath Tagore, who bound the nation in a song, and whose songs represented ritual and tradition. In Calcutta, musical gathering did not plunge into aggression and disorder.

Founded in the early 1970s by Balakrishnan, Nondon Bagchi, Adi Irani and Lew Hilt, all veterans of Calcutta’s rich musical scene, High distinguished itself by playing original compositions. The band drew its inspiration from rebellious western rock bands like The Band, Allman Brothers, Grateful Dead and Cream. “Dilip, in my mind, is in the same league, maybe not lyrics-wise but melody-wise, as the Lennons and Dylans, and I’m fairly certain that people who get to know the music won’t argue with me,” Bagchi, High’s drummer, told The Sunday Guardian in 2014, nearly a quarter century since High’s demise. High folded in 1990 following the death of Balakrishnan. Incidentally, he had reportedly complained about his inability to grow his hair because of his job as a chartered accountant.

The epithets “pioneering” and “legendary” are now dutifully rolled out in any appraisal of High. But to really understand this band and its place in music history it is necessary to revisit the story of post-independence Calcutta, a city steeped in music.

In 1947, the time of independence, the neighbourhood of Chowringhee, particularly around Park Street (renamed Mother Teresa Sarani), was where the best clubs were located. Remnants of an elite culture left by the British, the clubs boasted the best vocalists, pianists and violinists, all schooled in western classical music. The ballrooms at the Grand and Great Eastern hotels hosted live jazz bands. The bebop jazz guitarist Carlton, who still performs at the Grand Hotel on Saturday evenings, is a reminder of the early post-independence sound.

Rupleena Bose is a scholar based in Delhi