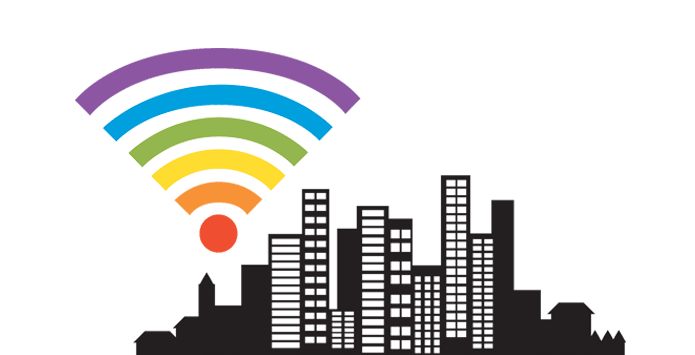 While the African mobile revolution is widely heralded, little attention has been given to fibre-optic and public Wi-Fi infrastructure, complementary technologies that play essential roles in urban development

It is no secret that Africa is one of the fastest urbanising regions in the world. By 2030, the expected urban population for sub-Saharan Africa (SSA) is expected to rise to 600 million, roughly twice the urban population of 2010. Such rapid urbanisation presents challenges for city planners. As communication infrastructure becomes essential to both social and economic life in the modern world, developing an urban communication infrastructure that supports affordable and ubiquitous access takes on increasing strategic importance. Much has been said of the role of mobile technologies in improving access in Africa and indeed it is hard to overstate the catalytic role that mobile technologies are playing on the continent. However, perhaps because of this mobile miracle, relatively little mention is made of two complementary technologies, both of which play essential roles in urban development: fibre-optic and public Wi-Fi infrastructure.

A profusion of undersea fibre-optic cables has brought terabits of bandwidth to the continent since 2009, and yet, for many African countries, access remains prohibitively expensive. While the cost of international bandwidth has come down as a result of increased capacity and competition, domestic fibre-optic infrastructure has not expanded at the same rate. What domestic infrastructure exists is often in the hands of former monopoly telecommunications operators who have been slow to respond to competitive pressure. As a result, it is not uncommon for it to be more expensive to purchase data transit to an undersea cable landing station from inside an African country than it is to transit the data the rest of the way to mainstream internet on-ramps in Europe or the United States.

Cities can help to break down those monopolies by investing in municipal fibre-optic cable backbone infrastructure that can serve public and commercial interests alike. From a connectivity and access perspective, this infrastructure can serve as a tide to raise all ships. By insuring that wholesale high-speed access is available at an affordable price, cities can enhance their attractiveness to foreign investment and stimulate local competition for access provision. South Africa has led the way in SSA in municipal fibre projects with virtually all of their major cities having launched municipal fibre projects in the last five years.

Municipal Wi-Fi infrastructure is a second technology that holds great promise for Africa. A recent study by Mobidia revealed that in the industrialised world, about 70% of smartphone data traffic travels via Wi-Fi and not mobile networks. Julius Genachowski, chairman of the Federal Communications Commission in the United States, estimates that Wi-Fi hotspots across the United States increase the value of licensed broadband service by an estimated $25 billion a year. In the rich world, Wi-Fi has quietly become an essential complementary technology to mobile networks, yet Wi-Fi receives little attention as a strategic technology in Africa.

Smartphones and tablets have built-in Wi-Fi. In fact, many tablets come with Wi-Fi as their only means of access. To date, these technologies have experienced slow market growth in Africa but it is reasonable to expect that smartphones will dominate the market in a few years as they become more affordable. Tablets have also seen unprecedented growth in the last year; 29% of adults in the United States now own a tablet or e-reader device.There is opportunity for African cities to change the urban connectivity landscape in the coming years by investing in municipal Wi-Fi infrastructure. This strategy has the economic appeal of lowering barriers to communication while also rendering key local government services more available and accessible to local citizens, especially newcomers. Helping newcomers assimilate into urban life is an essential part of any smart city strategy. Municipal Wi-Fi can offer critical information free of charge: how to find employment; where to look for accommodation; how to access government services—it can provide a window into government services without long queues or confusing searches for government offices.

Wi-Fi access can also be targeted at important areas of the city, complementing urban planning design and helping create spaces that facilitate busy yet safe urban life. Parks, community centres and public buildings can become 24-hour information resources to the public at large through Wi-Fi hotspots targeted at key traffic areas. Offering Wi-Fi infrastructure can increase the attractiveness of municipalities as a destination. In Africa, low-income citizens are often spending more than 50% of their disposable income on mobile services. Public Wi-Fi infrastructure can mitigate communication costs for unemployed newcomers to cities seeking work. It can also serve as a stimulus to encourage competitive pricing in mobile markets where competition is not strongly felt.

Municipal Wi-Fi networks experienced a brief boom in the US in the early 2000s, and though many did not succeed, much has changed since then. The number of devices that use Wi-Fi infrastructure has grown from a small number of laptops to millions of smart devices, from phones to tablets and e-readers. Furthermore, the cost of Wi-Fi deployment has dropped substantially while the broadband capacity of the technologies has increased. Finally, better business models that involve partnerships between municipalities and the private sector are emerging.

Looking ahead, the smart African city will build healthy fibre arteries to ensure affordable access to broadband and Wi-Fi. While mobile infrastructure will continue to play a fundamental role in the development of access in Africa, fibre-optic and Wi-Fi are essential complementary technologies that will ensure access to all citizens, new and old, rich and poor.