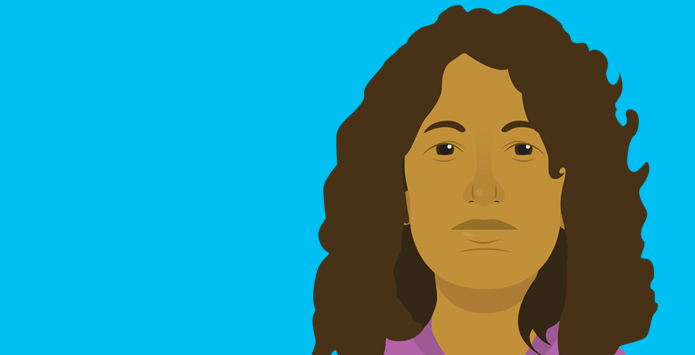 You will know black Cape Town by the hiss of yellow buses braking, people running for the hooting taxi, a block of two-storey flats with elaborate burglar bars

Geography is history. Living in Cape Town means you travel through the past all the time. If you were removed, you often make your way to work past the very home you were forced to leave. This was enough to make my mother angry every day for 30 years, when she drove us to school, when she went to work, when she dropped me at the bus stop in Claremont to go to university. My parents were married in the house they were removed to in 1968, where I was born in 1969. My birth marked the shift between the two places, a 15-minute drive but a world apart. That distance between the two places is in my DNA. Geography is blood and birth too.

Cape Town is in my DNA. When you stand in one particular place in Bo-Kaap, the birthplace of so many paintings and photographs, looking down at the city and the harbour and the mountain, you learn that you are standing in the oldest slave graveyard in the country. Geography is learning how to step gently on the past, and walking from present into history and back with each footstep.

This oscillation between temporalities makes me think of the back and forth relationship I have with Cape Town. It contains all the things that make me angry, almost as much as my heritage, and the things that I adore. When I shop there, I get cross about the magazines in the queue leading to the tills: they almost always present a line of white faces. Last week, I felt guilty when an American friend said that when she landed in Cape Town, she didn’t know if she was in Africa—there were so few black faces. I felt guilty because the city looked to her like those lines of magazines I get cross about displayed at checkouts. That’s what happens when a place is in your DNA. You feel guilty about the things you haven’t done.

Let me tell you about the shops. We still have that amazing phenomenon, the corner shop—“kafi” or “spaza” as we call them. They sell all the things you need everyday, or the things you forgot to get at the shops (which is what we call the supermarkets). Many neighbourhoods in big, sophisticated cities don’t have kafis anymore, places where you know the owner, watched their children serving you (should they have been?) and growing up and deciding what to study, and whether or not to continue to work in the kafi.

When I look at my six little godsons and nephews—this new generation consists only of boys—I realise I have to find a way to telling them about being young under apartheid, when we lived in separate worlds, where geography was destiny. It will have to be a complex story. Recently, I drove up the mountain past Gordon’s Bay to Steenbras Dam. It’s one of the most beautiful drives in the world. I know because my friends from Russia and Singapore told me so. And I saw so myself, as though for the first time. When I was young, we used to go up there often for picnics, sometimes to stay at the bungalows. (They don’t allow you to do that anymore, I think.) We stayed in the non-white section, of course. I will tell my godchildren and nephews all that. What I’ll struggle with is how to tell them I didn’t know I was living in a beautiful place.

When I drove up the mountain to Steenbras Dam, my mouth kept falling open with astonishment at the gloriousness of the sight from the car. Did I not see this beauty as a child? Did apartheid abolish even that? Can you only see something truly 30 years later? I asked my friend Shaida Ali about it, if she saw beauty then. Maybe she’ll write a novel to try to answer the question. Instead of seeing the ordinary beauty of our city, she and I dreamed of going overseas. We visited London together. At the end of each day, I noticed that under my nails was a layer of black dust. Geography is fantasy; it’s time and memory.

Is there a white Cape Town and black Cape Town? My friends who live in Joburg always get angry when they visit Cape Town. I reply, don’t judge Cape Town by the exclusions of white Cape Town. Think about black Cape Town. “Ja, Gabeba, which other city still has black and white sections after 20 years,” they say. I know what they mean. If you look at the map, black people were carefully removed from the centre of town and from the coastline. “Removed” is such a clean and clinical term. Like “sliced out”. That’s what happened to black people in the city—and that’s how Cape Town became white. Excised, missing some central part of itself. Sometimes geography is irretrievable sadness.

The sounds of Cape Town are: children playing football in the street, the hiss of a yellow bus braking as it pulls up to the stop, an alarm in a house in the next street, the urgent and then distant passing of an ambulance, the bilal from several directions, a lunchtime siren at the neighbourhood primary school, people running for the hooting taxi, the “gartjie” calling destinations further and further away.

The architecture of black neighbourhoods is fascinating. There are the spaza shops, where you buy newspapers, electricity, potatoes and cigarettes. Hairdressers, sometimes two on one block, where women sit under dryers with their hair in big and small rollers. A place where sound systems are fitted into cars. A block of two-storey flats with elaborate burglar bars, fences and gate (behind which you see beautiful gardens).

I lived in one of those neighbourhoods for 28 years. Something happens after 28 years in the same place. Your body travels there everyday without volition. Geography is the absence of time. Sometimes when I’m thousands of kilometres away, I hear the sounds around my house in Athlone as I’m falling asleep—dogs yipping nearby, a car’s wheels turning into a gravel driveway, cups clinking in the sink in the house next door, the double ring of the old-fashioned telephone, so close you could answer it. *

Gabeba Baderoon is a poet and scholar. Her most recent books include the collection A Hundred Silences (2006) and monograph Regarding Muslims: from Slavery to Post-apartheid (2014)