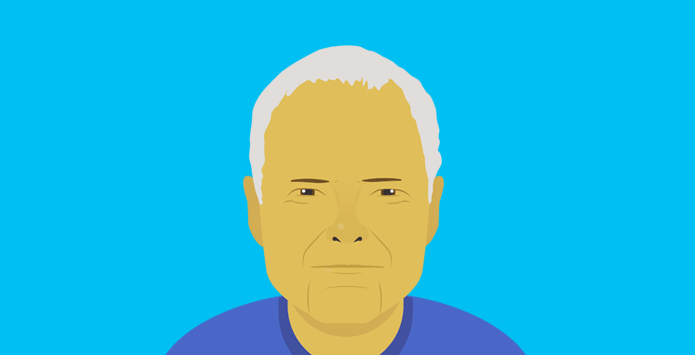 Demand for water in Cape Town is straining the existing water-supply infrastructure. A new paradigm is required to ensure water security in the future

Like all cities, Cape Town is dependent on an assured supply of water for its survival and growth. At present, virtually all of Cape Town’s water comes from a chain of dams located to the east of the city: Voëlvlei, Wemmershoek, Berg River, Theewaterskloof and Steenbras. The problem is that there are no more major surface water sources to exploit, while the demand for water in Cape Town is steadily rising to the point where it is highly likely that it will exceed the long-term supply within the next decade or so without substantial intervention. Climate change is likely to make matters worse.

The National Department of Water and Sanitation (DWS) is currently proposing that the predicted shortfall be met from four sources: the augmentation of Voëlvlei Dam; desalination of seawater; re-use of water; and abstraction from the Table Mountain Group Aquifer. The first option, while probably the easiest to implement, will not make a significant contribution to Cape Town’s water security. The desalination of seawater is hugely energy intensive—and South Africa’s energy is largely sourced from the burning of coal, with its associated large carbon footprint. While energy production could become more environmentally friendly in the future, it is likely to be in short supply for years to come. Meantime, the desalination of seawater has been an expensive failure in places similar to Cape Town such as Melbourne. Not enough is known about the potential long-term environmental impacts of abstraction from the Table Mountain Group Aquifer.

This leaves only the re-use of water mentioned in the DWS list. Currently, there is limited greywater (domestic effluent excluding the kitchen sink and toilets) use at the household scale; furthermore, its treatment to potable water standard is very expensive. Nevertheless, this is a potentially important source for the watering of domestic gardens, for example. The use of treated-sewage effluent is gradually growing in Cape Town as the city provides it at a reduced price to select large-scale (mainly industrial) users. The quality is a limiting factor at present but, if necessary, it is easier and more cost-effective to ‘desalinate’ sewage effluent than seawater.

There is no mention by the DWS of the most obvious source of water to the city: rainfall. Roughly double the yield of the Western Cape Water Supply System falls within the city boundaries every year. Much of this is flushed directly to the sea. Unfortunately, rainwater harvesting (the capturing of roof run-off in tanks, for example) has proven to be expensive, except when done on a fairly large scale with commercial buildings. The most appropriate use for this water is for toilet flushing as it is not fit for human contact and these tanks generally only fill when there is no need for the water in the garden (when it rains!).

Stormwater harvesting (the capture and use of the abundant run-off from roads and neighbouring properties) is limited by the availability of suitable storage areas in highly built-up areas. Better use could however be made of Cape Town’s 800-odd stormwater ponds, the majority of which remain dry almost all of the time, as well as in the Cape Flats Aquifer through a technique called “managed aquifer recharge” (a mechanism for recycling treated wastewater and captured urban stormwater). The most appropriate use of this water would be irrigation and toilet flushing. Another option that does not appear to have been explored is to take advantage of Cape Town’s location on the coast and use seawater directly for the flushing of toilets, as is currently practiced in Hong Kong.

Ultimately, reducing the per capita use of potable water is probably the best way to address future water scarcity. This can be achieved through water conservation (WC), which means looking after what you have, and water demand management (WDM), which encourages the reduction of water use. The City of Cape Town has a team dedicated to just this, and while they have made much progress over the past decade, more can be done. Their main tactics up until now have largely focussed on pressure management (to reduce losses through cracks in pipe infrastructure) and “rising block tariffs” (a method that makes water expensive for big users, thereby discouraging excessive use). Other possibilities include: leak detection and repair; replacement of meters (to reduce unbilled losses through under-reading from old gauges and consequent under-valuing of water delivery); reduction of theft (tracking down and eliminating unauthorised connections); encouragement of water-saving devices; and a shift to water-less toilets.

While the demand for water in Cape Town is nearing a point where it cannot be met by conventional surface water resources, there are several workable options, including the use of greywater, treated sewage effluent, rainwater/stormwater harvesting, direct use of seawater and implementation of WC and WDC strategies. All have the potential to prevent water scarcity from inhibiting the growth of the city. For these initiatives to work, however, a new urban water management paradigm is required. The concept of “water sensitive urban design” (WSUD) offers the broad framework for implementing a sustainable urban water management strategy. WSUD is an inter-disciplinary approach to urban water management that seeks to make water a central consideration in the planning and design of human settlements thereby creating water sensitive settlements or cities where the most efficient and effective uses of water are central considerations.” Cape Town needs to become a water sensitive city. *