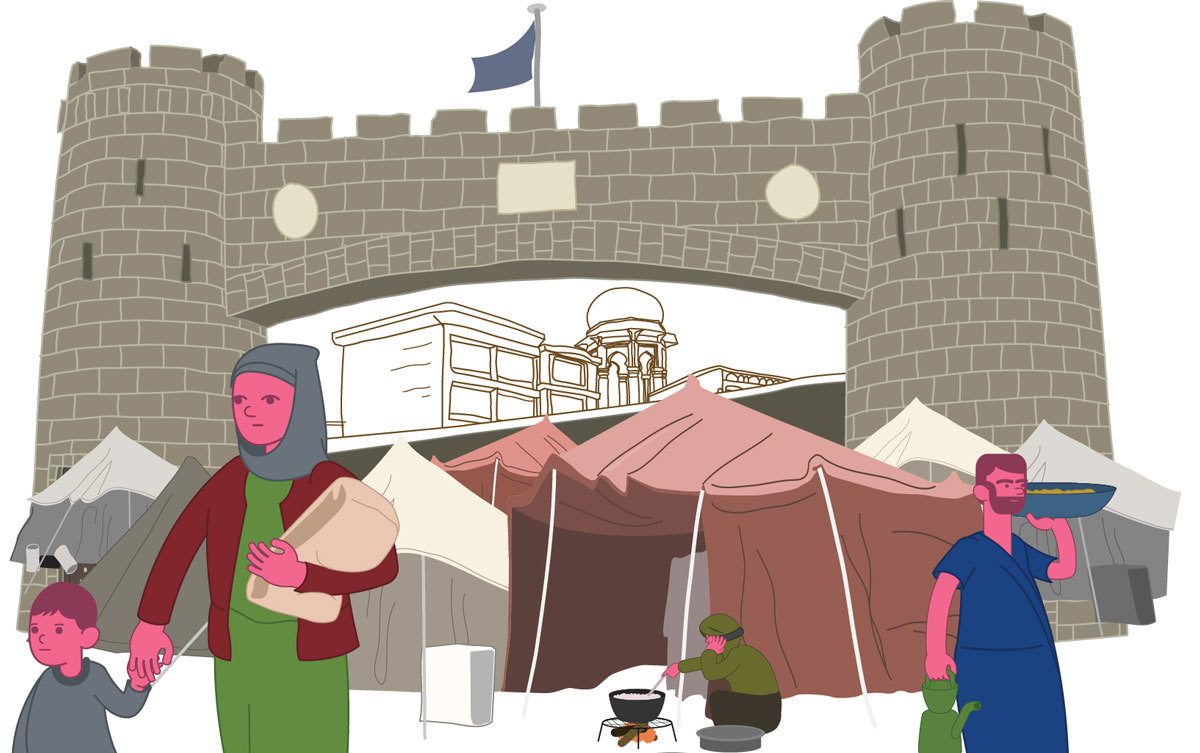 Re-invention, but to what end?

Once a garden city, Dhaka’s growth has outpaced notions of order or sustainability

Dhaka has been built twice already. The first developments came in waves from the 1950s through to the 1980s, but the major surge began in the 1990s, when private real estate took over as a driving force. Originally planned as a garden city, with plots of single homes surrounded by gardens and orchards, the residential areas began to change overnight as the now-ubiquitous apartment buildings rose up.

Freehold homeowners had attractive financial options: to sell outright, or enter into a joint venture with a developer. Rising construction costs and the small number of small-scale professional contractors meant the developer route was the easier alternative; quickly, the single or double-storied houses began to vanish, and with them their abiding greenery. The city’s building by-laws were ill-equipped to steer, let alone control, this rush of building activity.

Vast residential districts began to lose their character, morphing into a thick pudding of mid-rise buildings with few open areas, playfields or parks among them. The situation was exacerbated by a near lack of provisions for local schools and community facilities, limited or disconnected commercial areas, and a strange but severe dearth of roads and cross-connectors.

The result is a city where commuters spend hours in what feels like the worst traffic in the world. Children play in parking lots, slow-moving rickshaws jam the streets and sidewalks are choked with vendors. Sustainability, it would seem, has left the city. Dhaka, though, remains a very resistant city.

Culturally robust, the city has a vibrant arts scene in addition to a busy music, theatre and raucous café culture. Month-long book fairs are difficult to get into and a five-night classical music festival fills up a stadium of 60,000. Whatever was missed in the urban planning, the city’s urbanites make up for in their own ways. Dhaka’s architectural design culture has benefitted from the legacies of masters like Louis Kahn, an American, and Muzharul Islam, a Yale-trained Bangladeshi architect whose influence persists.

Islam probably built one of the first modernist buildings in the subcontinent, when his College of Art and Crafts building for Dhaka University was completed in 1955. A pragmatic approach towards a sustainable building design, it marked the first time local bricks were custom-manufactured to an architect’s detailed requirements. He even insisted on the bricks having a specific texture. One of the first modern pavilion forms in this part of the world, Islam’s Art College holds many lessons for students of architecture and sustainable building designs. Islam’s other Dhaka buildings, including the superb but incomplete Jahangirnagar University (1967-70), form part of an architectural legacy that includes work by Bangladeshi architects Bashirul Haq, Uttam Kumar Saha and Raziul Ahsan, as well as Greek architect Constantine Doxiadis and American Robert Boughey.

But few buildings compete with the mystic and monumental rise of Louis Kahn’s National Assembly Building of Bangladesh, located in the Sher-e-Bangla Nagor district of Dhaka. Completed posthumously in 1983, Kahn demonstrated ingenuity in his approach and response to the local climate and terrain.

The main building brings all the parliamentary functions together, including the substantially sized mosque. Khan placed the building amid a new lake, thus dematerializing in the reflections of the waters. But the benefit of this dig-and-mound approach—a traditional and widely practised craft in this part of the world—becomes most apparent when the incessant rains of the monsoons drain into this basin, controlling flash floods in the nearly thousand-acre site. The water body also offers micro-climatic cooling for the necklace of attendant buildings of the complex during the long, hot summers. Kahn’s design also took into account solar heat gain for all buildings and structures in the complex, including a lesser-known hospital placed some distance away. Even in this latter building, which faces west, a generously proportioned, circular aperture separates the naturally ventilated unglazed lobby space from the heat and glare of the tropical sun.

Whether these approaches to sustainable architectural design endure in contemporary Dhaka, a city imperilled by the onslaught of Dubai or Singapore’s west-aping models, remains up for debate. What is not debatable is that there was a time when sense and deep thought prevailed above all else in Dhaka, a city where architecture flourished amid trees and flocks of birds.

Kashef Chowdhury is an architect based in Dhaka