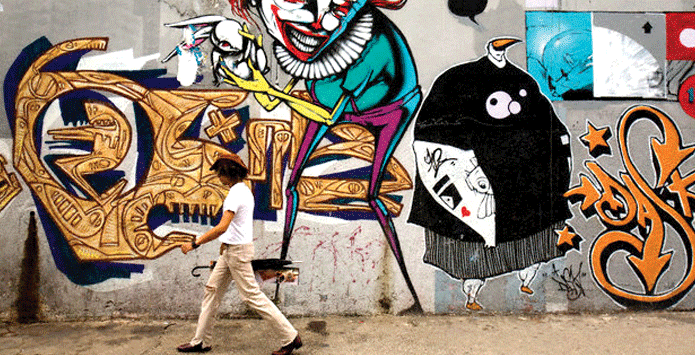 Urban Scholar, Professor Teresa Caldeira on how São Paulo’s ubiquitous graffiti and pixação are subverting notions of power and authorship in relation to the production of urban public texts

Metropolises are overwhelmed with placards, banners, billboards, posters, words and images. They inform us, give directions, regulate our movements, mould our desires, and sometimes surprise and disturb us. They shape our moods and our everydayness, as they constitute the public of the spaces we inhabit. São Paulo is just one of countless cities overwhelmed by marks and signs. However, in recent years at least two processes have altered the production and circulation of these signs: the successful banishment of billboards by the city government, and the widespread proliferation of graffiti and pixação, the city’s style of tagging. The combination of these processes has magnified the presence of these new inscriptions. In a city without large commercial billboards, graffiti and pixação are omnipresent and especially visible. As a result, the public space has changed, exposing in new ways the tensions that constitute such deeply unequal but democratic society.

Cities have been, for a long time, full of public texts: all the signs of capital and commerce (signage, advertisements), indications of private property, and elements of systems of public ordering and regulation (from names of streets and numbering of buildings to signs with prohibitions and directions for circulation). The public space of cities is constituted in important ways by these public texts, the reading practices they require and entice, and the public communication they enable—as David Henkin has shown in his analysis of the proliferation of written words, signs, billboards, newspapers and currency in early nineteenth-century New York. Although a few social groups usually control the production of these texts, citizens from all classes are competent in reading them. To read public texts is part of what to inhabit a city means.

Systems of urban communication and the competences they demand are most of the time naturalised and overlooked. Nevertheless, sometimes they are fractured, exposing the inequalities embedded in their reproduction, and making social tensions palpable. In São Paulo, as graffiti and especially pixação overwhelm the city with new public texts, they fracture the public and force citizens into new readings. They do this not only because they are quite visible, intrusive and widespread, but also because they alter the rules of who does the writing in public and how this writing is done. To understand the new mode of production of signs is to understand significant transformations in Brazilian society.

In contemporary São Paulo, the project of cleaning the city is quite different from what it was a century ago. The issue is not hygiene and the control of epidemics, not even the control of the dangerous classes; rather, it is controlling the mass of signs that both the administration and the citizens believe are visually polluting the city. During the last 40 years, in great part due to the organisation of social movements, the city has invested heavily in infrastructure and public services. As a result, even the most remote peripheries are asphalted and connected to basic services such as water and electricity, and some social indicators, such as infant mortality rate, have improved considerably. Almost all residents are connected to networks of mass communication. They have televisions at home and mobile phones in their pockets. If by 2000 the rates of violent crime had reached their highest levels ever, they decreased consistently after that.

By the mid-2000s, the city administration focused on a new set of problems: the excessive and unregulated mass of public signs that had occupied the space of the city as it industrialised and dramatically expanded its consumer market. In 2006, the mayor signed the Clean City law that prohibited all forms of billboards in São Paulo and imposed several restrictions on the size of other signs and marks in public space. The population strongly supported it and, in a very short period of time, the signs of commodities, capital and corporations either disappeared or shrank. The results were impressive: São Paulo is today a city without billboards.

Ironically, the elimination of advertisements and the regulation of signage have paved the way for the proliferation of other signs, such as graffiti and, most remarkably, pixação. Unregulated and unruly, they dominate the public space that was supposed to be clean, creating a new context for the everyday movements of citizens and forcing other readings, by residents and critics alike. 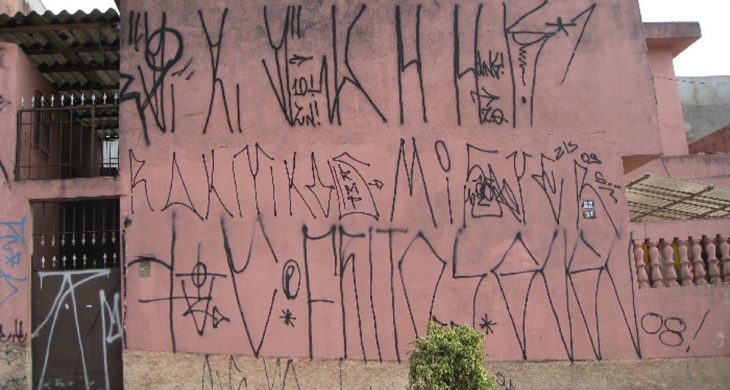 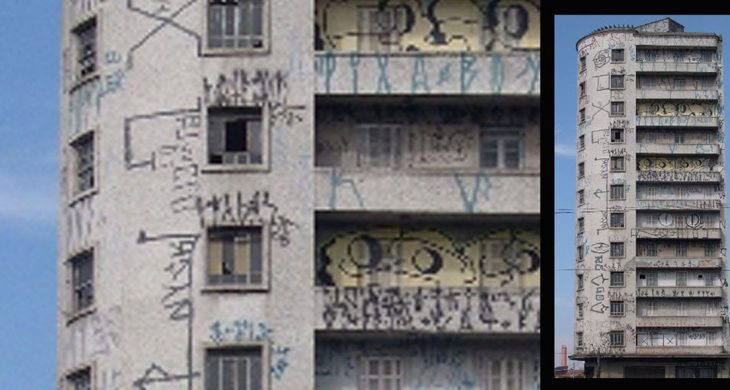 Teresa P. R. Caldeira is a writer, urban scholar and professor at the Department of City and Regional Planning at the University of California, Berkeley. In 2012 she was awarded a Guggenheim Fellowship.