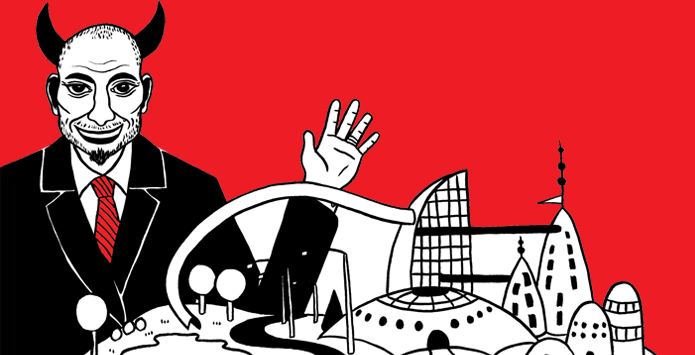 Ridding design of its saviour complex

Cities are among the clearest of cases that design is never simply a technical process, and is not confined to those with the right credentials or the latest software

It’s easy to be sceptical about the power of design. Too many contemporary cityscapes look like an unhappy mix of bad design, design cliché, or no design at all. Well-meaning strategies to “design out” crime, promote social mix or overcome spatial division break down in the face of a paranoid urbanism of defended enclaves and entrenched inequalities. And too many design solutions for rational and “good” cities have produced their perverse opposites in ham-fisted zonings, degraded housing and dysfunctional infrastructures. Indeed, the best arguments that can be made for the power of design tend to come from its worst moments. If it’s questionable whether design can save us, there’s less question that it can damn us. The urban planner Kevin Lynch once wrote, “we find strong descriptions of place in most anti-utopias, where physical oppression abets social oppression in a very direct and circumstantial way”. It hardly needs underlining in the South African context that it’s easier to design environments that will isolate, alienate or repress people than spaces that will empower them. The devil, it seems, gets all the best designs.

No doubt it’s better for design to be ineffective—or merely decorative—than it is to be dystopic, but there is a need to think in a more critical way about what we mean by design, and who we think is engaged in it. An expanded sense of the term—one that speaks to the kind of complex problem a city is—includes not only physical designs but also legal and policy designs, economic arrangements, the design of organisations and processes, and the numerous designs for living in the city that are enacted by people making space for themselves in everyday, inconspicuous and ephemeral ways. The design of cities is, in part, a technical sphere in which architects and urban designers, planners, surveyors and engineers purposively organise urban space and construct built forms. But the shaping of buildings, spaces and streets happens as part of a much broader design context involving legal divisions, economic distributions, political deliberations, social institutions and interactions.

This raises the question of what becomes visible as design in the city, and which processes—in spite of their powers of city-making—remain hiding in plain sight: property rights and economic power, social hierarchies and solidarities, informal ties and organisations, unequal shares of vulnerability and risk, mundane practices of urban life. These less visible designs create the conditions under which anything gets built, occupied and inhabited in the city. Indeed, the nominal “designer” may have least of all to do with the ways in which different spaces come to be produced and consumed, shared or segregated, made and remade.

Too narrow a concept of design gives too much status or blame to agents (planners, engineers or architects) who may have relatively little power over how urban spaces ultimately are produced, and renders invisible other kinds of agency implicated in the making of buildings and cities (from financialised property schemes and foreign investors, pension funds and asset managers, to politicians and crime bosses). Talking about design in the city in this sense means going beyond questions of what goes where, to questions about who is getting it and how much. The physical forms of the city—distributions and densities of population; housing stock, public buildings, sites of work, leisure and consumption; the design of transport systems and other services; the balance between public and private space; the relation of the city to its environment—are products of social, economic and political designs before they become briefs for architects or engineers, if they ever do.

In a much more basic sense, a great deal of urban form is made not on the basis of conscious design objectives, but out of people’s intentions to do other things: to make a living; find a space to sleep; get from A to B, and on to Z according to routes and along paths unanticipated by any transport planner. What happens in a city happens as the result of innumerable more-or-less conscious designs on the part of its inhabitants: improvised or long-term, intentional or incidental, temporary or more permanent. This kind of demotic design raises questions about differential rights to make decisions over, and make physical interventions in, urban environments; and about variable claims to make, use and occupy city spaces. Design, simply, is what people do to cities: the “ordinary” inhabitants who make and remake their environments—not always, it should be said, under circumstances of their own choosing. These are practices of design that go beyond the master plan, the design commission and the competition entry, and which confuse any easy distinction between the expert and the ordinary, the qualified and the amateur, the formal and the “unplanned”.

Cities are among the clearest of cases that design is never simply a technical process, and is not confined to those with the right credentials or the latest software. The legal, economic and political conditions under which spaces are made are themselves powerful effects of design. And in the demotic grammar of city design, social actors spell out the conditions of their own lives and of their relations with others in ways that cannot be captured in blueprint. Ridding design of its saviour complex means seeing what the experts or the initiates do as part of an extended field of design that includes very different collaborators, quite different commitments, and more or less tolerable forms of compromise.

Fran Tonkiss is a professor of sociology and director of the Cities Programme at London School of Economics. She is the author of Cities by Design: The Social Life of Urban Form (Polity Press, 2013)