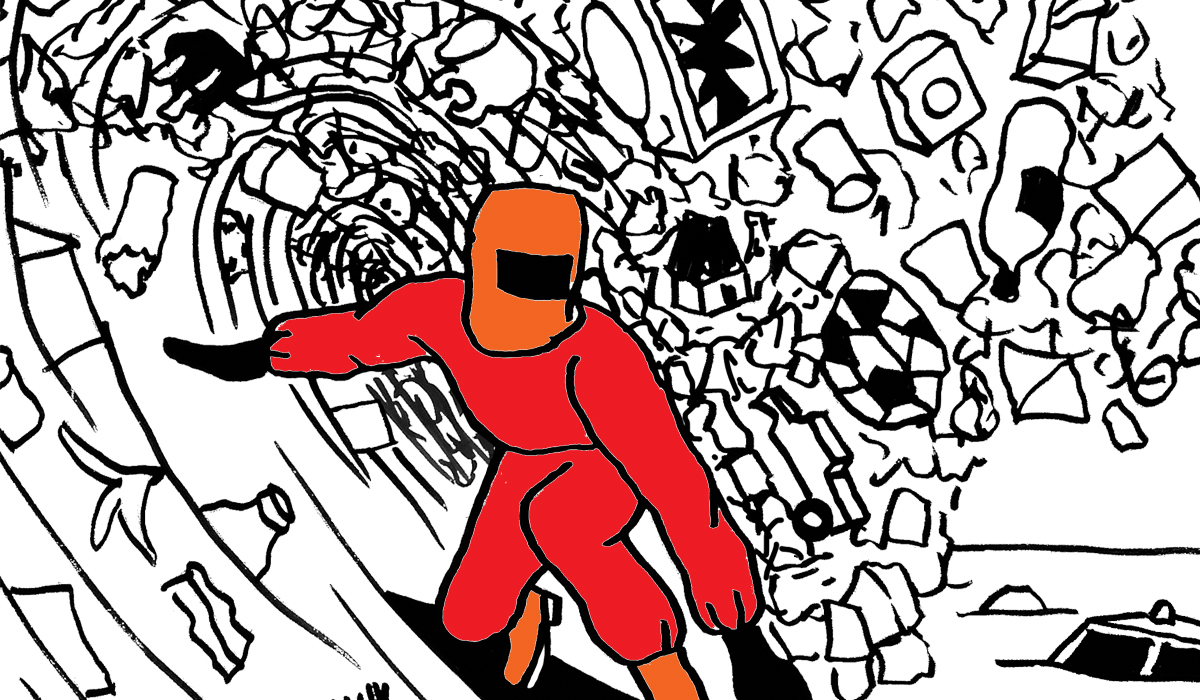 Rising from the dumps

Thick and toxic smog rises over the green landscapes of Pugu Hills, a wooded area west of Tanzania’s capital city Dar es Salaam well known for its small forest reserves. The source of the smog is an open dumpsite where waste is burned and buried. Known as Pugu Kinyamwezi, it is Dar es Salaam’s main dumping site for solid waste. Classed as an uncontrolled site, Pugu Kinyamwezi has no infrastructure to manage the receipt of waste or controls to mitigate its hazardous impacts. Two managers keep watch over an unfenced territory that stretches across 75ha and report back to the Dar es Salaam City Council (DCC), some 35km away.

Waste is a major political concern in Dar es Salaam, the fourth largest port city in sub-Saharan Africa. Forbes recently rated the city, a key economic corridor into East Africa, as the 12th filthiest in the world. It was a humiliating ranking for a coastal city that relies heavily on tourism and on its image internationally as a biodiversity hotspot. City administrative practices have also drawn criticism. Private and community-based waste collectors licensed by the city have protested against the cost and bureaucracy of obtaining licenses and tenders for public contracts, which are reportedly tainted by corrupt practices.

Decades of expansion have pushed the informal boundaries of the city further afield. City administrators have relocated Dar es Salaam’s main dumpsite four times in the past 20 years. The remote location of these dumpsites has increased the time and cost of transporting waste. A typical return journey between the city centre and Pugu, for example, can take up to six hours. This has encouraged the practice of illegal dumping. To ease the pains, DCC has begun to zone its municipality and construct waste transfer stations. The measures are aimed at relieving waste transport times and costs. Commendable as they are, these solutions do not address the full dimensions of the problem.

Solid waste management in Dar es Salaam is conducted in a fragmented and non-strategic manner. It is also firmly split by income. Government departments, private actors and community groups are all involved in the waste disposal ecosystem. The DCC, together with authorities from the city’s three municipal districts—Kinondoni, Ilala and Temeke—manage waste via public funds. They look after venues such as the airport, port, major highways, parks and beaches. Private solid waste management businesses competitively cater to wealthy property owners, including beach hotels, shopping malls, office blocks and high-income residents of the city. These contractors, a feature of Tanzania’s post-1992 liberalised market economy, charge high fees directly to the users of their service.

Nearly three-quarters of Dar es Salaam’s 4.4 million residents however live in unplanned settlements and are serviced by waste pickers and community groups. Services are paid for entirely through user fees and collections are made using non-motorised forms of transport, such as wheelbarrows, making collections an arduous and limiting process, particularly during the two rainy seasons (April and May, and November and December).

A 2013 study indicated that Tanzania’s lack of an effective solid waste management system has had severe consequences for sanitation and health, perpetuating a range of diseases such as malaria and worms, as well as diarrhoea, tuberculosis and cholera. One option for Dar es Salaam to meet the twin demands of surging population figures and economic growth (roughly 7% per annum) might be to use its rapid population growth to its advantage in combatting waste management. Dar is a young city. Over half its population is under 30, and nearly half of these youths are unemployed.

Economic activity in the city remains predominantly informal, with four out of every five residents employed in the informal sector. Informality offers a potential route to a cleaner Dar es Salaam.

Take the example of waste pickers. There are around 1300 waste pickers in Dar es Salaam, each able to collect, move and trade approximately 20kg of recyclable waste per day, chiefly hard plastics, white paper, cardboard, metal, bones and glass. This informal network is providing a commendable environmental and waste management service to the city. If stakeholders in government, civil society or the private sector can learn how to mobilise and manage this valuable human resource some 25.34 metric tonnes of waste could potentially be recycled daily. But, as I pointed out in a recent study published by the Global Alliance of Waste Pickers, waste pickers toil in hazardous conditions. Common expressions used to describe day-to-day operations are “exhausting”, “dangerous” and “unhealthy”.

Dar’s waste pickers, who travel an average of 10-15km bearing loads of 5-7kg, also complain of being exploited by the middlemen who buy their loads. Exploitation is not uncommon in this sector. Systematic non-recognition and harassment of waste pickers by city officials in neighbouring Nairobi led to turf wars and gang violence over management of the municipality’s Dandora dumpsite. With a large informal sector and limited institutional capacity, East African cities like Dar es Salam are struggling to stamp out alternative informal systems arising in their countries, at least in the short term.

It is puzzling that Dar es Salaam does not support its waste pickers. Examples of branded, flexible, on-demand waste services focussing on a “bottom of the pyramid” consumer model have been successfully developed in other parts of the world. They include the Lagos-based organisation Wecyclers and Pimp My Caroca cooperative in Rio de Janeiro, both of which have demonstrated the potential of battling both youth unemployment and waste management when the circumstances and propositions offered to consumers and potential clients are relevant, tailored and flexible. The Zabbaleen (Cairo) and Sarai Sena (New Delhi) waste picking cooperatives have also reported a strong increase in waste recycling activity and employment after structures and policies were implemented in the formal sector to recognise, promote and coordinate the efforts of waste pickers. The resulting stronger linkages between the informal market players on the frontlines and the smaller base of decision makers in the formal market has led to a more holistic approach to exploiting the waste value chain.

Could these provide valuable lessons for Dar es Salaam and its government? I believe yes. It is time that multi-stakeholder participation and the establishment of a bridge between the informal and formal sectors in Dar es Salaam so that waste pickers, civic leaders, entrepreneurs and residents of this port city can all reap the benefits of living in a cleaner metropolis