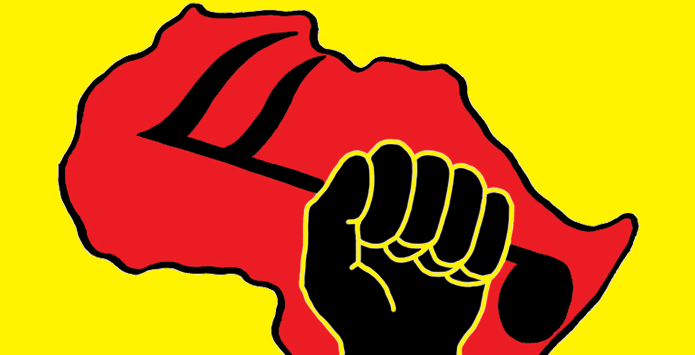 It is the year of protest—this according to everyone from Economist magazine to my local con artist here on Bree Street, Cape Town. You wouldn’t say so seeing those who live in this ‘hood. They casually saunter from the artisanal coffee outlet down the way to the craft beer shebeen across the street. These are the shrines that grace Bree Street, a hub in the next world design capital.

The view from my vantage point affirms that the ‘revolution’s on TV’. On the news at seven we see tyres burning in Soweto (or is it Timbuktu, again?), right before crossing swiftly over to Cairo, Istanbul or Sao Paolo. For those of us with uncapped inter-ne(x)t access, it’s even better. All this unfolds online where we can depress the like and share buttons, making us feel like we are participating too.

But what’s it all about, this revolting protest? Crony capitalism, corporate greed, public corruption, government repression, a failure of the state to deliver on what was promised, and so it goes on and on. There is absolutely nothing in the long list of grievances and gripes we hear reported that rings any new bells, is there? So what’s really going on? Why is the proverbial so suddenly (and successfully) hitting the fan everywhere, all at once?

Digital acolytes say it’s because we now have Facebook and Twitter, which make it so the angry masses are better able to organise and spread the fire quicker. The modernisation theorists say it’s the growth of the middle class across the globe that has facilitated a greater confidence in people who are able to push back against repressive regimes. And the new radicals think the financial sector breakdown introduced by the global debt crisis in 2008 left a lingering murmur of anarchy, causing the voiceless (and increasingly jobless) majority to feel they have little to loose by standing up and being counted.

The truth is simpler: like history, we always repeat ourselves. It is slightly more nuanced than that. We always repeat ourselves, just differently. Miniscule changes are continually occurring in our technical evolution, changes that shape our lives and on which our identities—and very survival—are contingent. A slightly altered me returns to the same spot where I demonstrated two days/weeks/decades/years ago and hears echoes of the other voices around me. Together we shake the earth with the soles of our feet and punch the air with our clenched fists.

I recently spent a week in Johannesburg, where I was involved in a workshop with the Cairo-based performance troupe, El-Warsha. We discussed the aesthetics of protest songs. We investigated the place of self-similarity and modes of repetition when it comes to story telling and song crafting. “Al-Sharaa Lemin?” (For who are these streets?) they asked in song when we met in Braamfontein, one of my favourite new hipster designer playgrounds in Joburg.

In response I riffed back at them a medley, starting with Mongezi Feza’s “You ain’t never gonna know me, though you think you know me”. It’s a tune that goes round and round the same chord progression endlessly, yet somehow ends up getting the listener higher and higher. Then it was on to “uMandela u ta yihlom’ ihlasele” (Mandela will lead the attack), followed by “Senzeni na?” (What have we done?), and then finally back to quoting Feza again.

Formed in 1987 and one of Egypt’s first independent arts collectives, El-Warsha is currently gaining new popularity. The group have appropriated a bunch of 1960s and 70s protest songs written by the Sheikh Imam, an Egyptian composer and musician. Once banned, his songs became the new agitprop soundtrack for revolt on Egyptian street in 2011; they are being circulated again in 2013.

Except the circles are not circles as such since they aren’t flat, closed loops but really spirals that reach out to and from the same spot while continuously altering their dimensionality. It’s the small echoes of similarity, the iterations of fractal reality that make the same shit different.

Neo Muyanga is a composer and musician living in Cape Town. He is a research fellow at the Centre for Humanities Research, University of Western Cape. His latest album, Dipalo was released in 2011