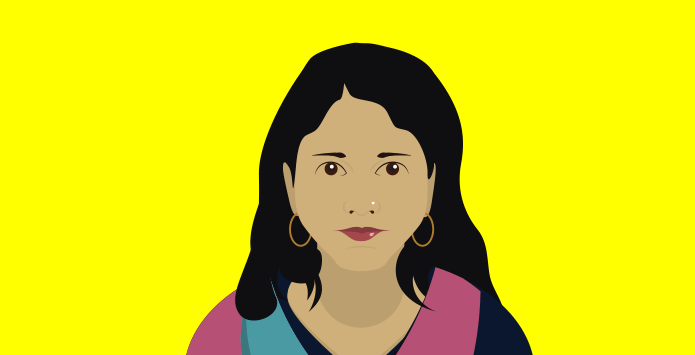 Soft obstacles in a hard city

Notwithstanding real threats and dangers, Muslim women in Karachi are daily asserting their right to the city

Lyari, an area of approximately 1.5 million people, is one of the oldest, diverse and most vibrant parts of Karachi. Made up of several densely populated neighbourhoods, each with its own unique character, it is also one of the most marginalized parts of this Pakistani port city and is often described as a “no-go area” by outsiders. For the better part of the last two decades, Lyari has been the site of an intense conflict between criminal gangs, political parties and state security forces.

Asifa, 26, was born and raised in the neighbourhood of Kalri, an area comprised mostly of people whose families migrated from the Kutch region of Gujarat before the Partition in 1947. Most of the women in her neighbourhood are caught in a cycle of low-paying and insecure work, such as domestic work, earning anywhere from 5,000 to 10,000 Pakistani rupees a month on average ($50-$100).

Asifa, on the other hand, seems to have managed to escape. She works as a salesperson in Hyperstar, one of the new multinational department stores located in Karachi’s glitziest shopping mall in the up-scale area of Clifton. She earns 45,000 rupees a month ($450), which is more than four times what most of the women (and men) in her neighbourhood earn. I could see and feel the difference her earnings had made while sitting on the floor of her air-conditioned bedroom in her family’s small but exceptionally well-furnished two-room apartment. Asifa explains how she and her sister got into the service sector by accompanying their mother when she was working as a door-to-door salesperson, and thereafter slowly working up their way up the ladder in the marketing field.

Asifa tells me about the constant social and physical negotiation she has undertaken since then to professionally progress. Every time she leaves the house, Asifa undertakes a careful calculation of her bodily conduct in order to maintain an image of respectability and acceptability wherever she is in the city. In Lyari, Asifa wears an abaya, a long black gown covering her hair and body, which she says all young women in her neighbourhood have to wear in order to be considered respectable. However, when she gets to Clifton, she removes this to reveal a bright red polo shirt and jeans—the uniform of Hyperstar...MORE IN PRINT