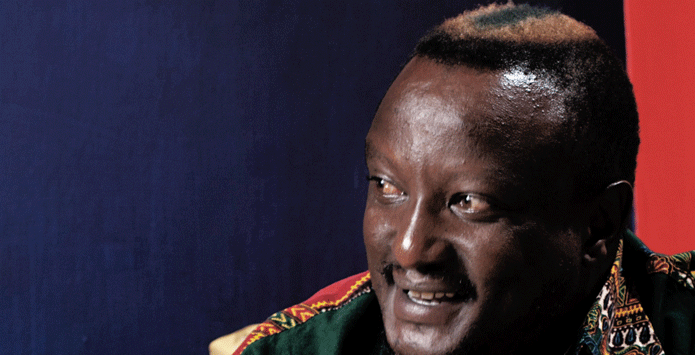 The City of the Future

The late Binyavanga Wainana on Konza Technology City, Kenya's future-tense city. It's "a place without bricks, stones or nails, where there is no smell of human labour, also no stammering." he says

In my 1980, people who lived in flats were glamorous if you were a bungalow brought-up child like me. There was this American television show called Rhoda—and Rhoda had an apartment, and it had a bed inside the wall that came down fully made when she needed to go to sleep. People who had flats did not drink Fanta from a straw. They drank Coke. They drank milk straight from a tall packet, without encountering a glass, straight to the mouth. They drank coffee from mugs, had no saucers. People who lived in flats could leap onto their sofas and not sit down straight-backed afraid to mess the crocheted things your mother put everywhere in case visitors arrived. Flats were fully owned by those who had them. In bungalows, even take-away food was put in dishes before being served on plates.

We were quite aware that something was not right with our version of modernity. On television, we would be watching Six Million Dollar Man, and suddenly the world would change. A few stiff stripes on the screen, some silence—there were always unexplained moments of silence—then some fuzz, a drab choir singing about God or the president, then blank, followed by background music, usually James Last doing a toned down instrumental of Lionel Ritchie, then some noises, like somebody was scratching a microphone, or the cassette-tape was tangled—and then the startled presenter appeared, a pompous overdressed woman reading from a piece of paper and telling us that “we are about to return to our programme.” Our American programme had no such hesitations and interruptions: it snapped into place, leaped and did summersaults and dives, and then we were right inside it. Commercial breaks were long, slow, stammering and tedious.

We spent Sundays watching planes there, sharing one carefully bought hotdog. We took millions of photos of ourselves: posing, sitting, pointing, waving. The KICC rooftop was one of “the world’s only revolving restaurants”. I would have died and paid money to go there and eat something from television, like a real McDonald’s. I could imagine it going round and round. I was sure the food was not soupy and mashy like what we got in school, or what my parents preferred to eat. The food would be shaped into crisp geometrical shapes: identical hillocks of chips, symmetrical hamburgers which did not drip, neon sauces, and the shiny taste of bright green and yellow juices.

The late Binyavanga Wainaina is a Kenyan writer and journalist. He is the founding editor of Kwani?, a Nairobi-based literary magazine. He has written for The East African, National Geographic, Tin House, Vanity Fair, Granta, the New York Times and The Guardian (UK). Winner of the 2002 Caine Prize for African writing, his debut book is the coming-of-age memoir, One Day I Will Write About This Place (2011). Wainaina was director of the Chinua Achebe Center for African Writers and Artists at Bard College in Annandale-on-Hudson, New York