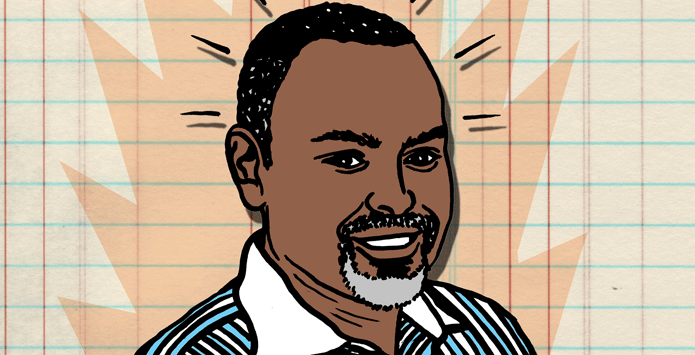 Mogadishu, Somalia’s largest city and capital, is often described as the most dangerous city in the world. For the last 20 years, fierce fighting between warlords, militia, and now Al Shabab (a militant Islamist rebel movement linked to Al Qaeda) and African Union forces, has turned the city into a no-go zone and left it in ruins. I was more than just a little apprehensive when I caught a flight from Nairobi to Mogadishu in late November 2011. But my fear was somewhat softened by a fellow passenger, a US-based Somali, who told me he was going “on holiday” to Mogadishu. And so it seemed, were the other passengers. African Union forces had made Somalia’s capital city relatively safe in recent weeks, and Somalis in the diaspora were going there in droves to visit relatives and assess damage to the properties they had left behind when they fled the country at the start of the civil war in the early 1990s.

The first thing one sees landing at Mogadishu’s Adan Adde airport is the shell of a Russian cargo plane recently brought down by Al Shabab. Upon disembarking, one is welcomed by a warm breeze from the Indian Ocean. Soldiers from the African Mission in Somalia (AMISOM) guard the runway as passengers disembark. I was booked at the Safari Hotel in the heart of Mogadishu’s K5 district, a five-star hotel (by Mogadishu’s standards) with air-conditioning, internet connection and satellite television. The gate to the hotel was guarded by armed men; groups of men sat chatting in the courtyard outside while sipping coffee.

Occasionally, I heard gunshots from outside my hotel window, but residents told me that I needn’t be afraid – they were probably coming from the weapons’ market nearby, where customers routinely tested guns before purchasing them. Mogadishu was now safe, they assured me, since Ugandan and Burundian soldiers from AMISOM succeeded in forcing Al Shabab from the city three months earlier. I was not so sure. There seemed to be too many young men with guns; some even wore belts of bullets around their necks like long necklaces.

Mogadishu, or Hamar, as it is known locally, literally means “The Seat of the Shah”. The city has a long history that dates back to the 10th century when Arab and Persian traders began settling there. It is difficult to assess the actual population of the city, as there has been no official census undertaken for decades, but rough estimates indicate that it is around 2.5-million, of which about 400,000 are refugees from Somalia’s ongoing civil war. Somalia’s total population is estimated at around nine million, Mogadishu home to more than a quarter of the country’s people.

Historical documents indicate that the city was a traditional centre for Islam and an important hub for trade with communities along the Indian Ocean coastline. Mogadishu’s mosques are among the oldest in East Africa. When the famous Moroccan traveller Ibn Batuta arrived in Mogadishu in 1331, he described it as “an exceedingly large city” where prosperous merchants sold the finest cloth and jewellery in silver and gold. In 1871, Mogadishu came under control of the Sultan of Zanzibar, and twenty years later, was leased to Italy, when it became the headquarters of Italian Somaliland, until independence in 1960.

Older residents of the city describe Mogadishu as a cosmopolitan commercial hub with a variety of cultural and social amenities, including museums, libraries, cafes and beachfront restaurants. A Somali man who now works in Islamabad recalled the beautiful sandy beachfronts bustling with nightlife and diverse cuisines. “We could walk along the beaches at night listening to bands playing sweet music,” he said. “Moga was peaceful.” Abdullahi Mohamud Ahmed, a Somali businessman resident in the United States, told me that when he grew up in Mogadishu in the 1960s and 70s, the city was a vibrant, multicultural, hospitable place that had a strong sense of solidarity and good neighbourliness. “Today, Mogadishu is naked,” he moaned, “stripped of all its good qualities.” Shamis Elmi, wife of current mayor Mohamed Nur, who relocated to the war-torn city after living in London for many years, talks nostalgically of the Italian coffee shops and restaurants that she frequented as young girl. The waterfront where she and her classmates went to hang out is now a sad and desolate place, devoid of girly chatter.

Nostalgia for pre-war Somalia is evident not just among Somalis who live in the diaspora, but also among those who come as visitors. Abdi Latif Dahir, a Kenyan-Somali whose family —for reasons that even he cannot understand—moved to Mogadishu at the height of the civil war in the mid 1990s, recalls going to school in one of the city’s bloodiest neighbourhoods where clan fighting and incessant killing was the order of the day. “We were shot at almost daily for the first four years in the school bus and muttered prayers every time a bullet went off,” he remarked over a cup of cappuccino at a Nairobi cafe. Dahir remembers spending a lot of time at home reading because he couldn’t go out. But despite the horrors that he witnessed, he still misses Mogadishu.

What is this crazy love for Mogadishu among its older residents? Those who lived there in the 1970s and 80s say they loved it for its sophisticated, cosmopolitan urban culture. One old-time resident showed me the lawns of the once-famous Juba Hotel, where the mayor and his wife used to go for New Year’s Eve celebrations. The hotel is now gutted and squatters are living on its spacious lawns.

Mogadishu’s fortunes began to wane with the overthrow of President Siad Barre in 1991 when a coalition of clan-based armed opposition groups ousted Mohamed Siad Barre’s military government. The ensuing civil war saw various clans and factions fighting for control of the city, and for the next two decades, bloody battles were fought on Mogadishu’s wide boulevards and amid it’s historical buildings. Wars destroy cities, and Mogadishu is no exception. Everywhere, there are shells of once magnificent buildings, government offices, museums, cinemas, hotels, mosques, cathedrals and libraries. Bullet-ridden movie theatres serve as bunkers and hotel lobbies have been turned into refugee camps.

But there are signs of hope even among the ruins. Small shops have sprung up among the ruins, and in some parts of the city business is booming. Mobile and internet connectivity is widespread—it is estimated that Somalis are among the connected people in Africa. Some returning Somalis mourn the “villagisation” of Mogadishu by rural people fleeing the civil war, including pastoralists, who now squat—with their animals – in the remnants of once beautiful homes and buildings. Many old-time residents believe that these rural people have little appreciation of city life, and will never adopt an urban culture. They are afraid that most will not return to their villages either, even when peace returns.

Many Somali experts blame the country’s largely pastoral culture for the destruction of the city.

The acclaimed Somali novelist Nuruddin Farah, who fled Somalia in 1963 and currently lives in Cape Town, believes that the conflict in Somalia is not so much between clans, but between urban and pastoral communities. “The pastoralist Somalis, who are by nature urban phobics,” he writes, “saw the city as alien and parasitic, and because it occupied an ambiguous space in their hearts and minds, they gradually accumulated hostility towards the city until they became intent on destroying it.” Elmi, whose husband assumed the office of mayor in July 2010, says the destruction of Mogadishu has not just been physical, but psychological too. Glue sniffing is rampant among Mogadishu’s youth. “They are traumatized,” she notes. “They use glue to forget.”

Al Shabab, whose name translates from Arabic as “The Youth” or “The Boys”, contributed to the boredom of inhabiting a city with few civic structures and amenities. Al Shabab imposed a ban on music and football, amongst other activities. Shortly after Mayor Nur took office in 2010, the Somali Youth Advocacy Organization, a new Mogadishu based organisation founded in 2009, organized a music show—including singers, poets and theatrical performers. On weekends, young men now flock to Mogadishu’s beaches to play football.

Rasna Warah: How did you get to be the mayor of Mogadishu?

Mohamoud Nur: I was appointed by Sheikh Sharif, president of the Transitional Federal Government (TFG), on July 14, 2010. Prior to this I had been involved in various activities in London, where I lived at the time. I was a founder of the Alliance for the Re-liberation of Somalia (ARS) and a leader of Somalis in the diaspora. I was also the director of a community organisation called Somali Speakers Organisation, which was involved in capacity building and advocacy. Sheikh Sharif was the head of the ARS and I was in charge of planning and development. Together, we fought the Ethiopian occupation of Somalia in 2008, politically and militarily. In February 2009, the new government came to Mogadishu and I was appointed Member of Parliament in December 2009. In March 2009, Al Shabab started fighting the government. I was not too happy with the way the government was handling things and I soon earned the reputation of a renegade, so I went back to London in June 2009. In June the following year, I was asked to be mayor of Mogadishu, an offer that I initially rejected. But I finally accepted it on the condition that I could select my own deputies, people with capacity and integrity who could do the job. I wanted to avoid clannism. However, this did not happen. I also insisted that half the tax revenue from Mogadishu’s port be allocated to the regional authority, or local government. I only managed to get 15 per cent.

RW: How do you avoid clannism in a society that is so clan-based?

MN: My father died when I was five years old, and my mother was poor so that I was raised in an orphanage. When I was a teenager, I received a basketball scholarship to continue high school. I am a self-made man, and have no sympathy for clannism.

RW: You have been described as a man with the most dangerous job in the world. Describe some of the challenges you face as mayor of Mogadishu.

MN: I don’t believe I have the most dangerous job in the world, nor do I believe that Mogadishu is the most dangerous city. It is certainly no more dangerous than Baghdad or Kabul. The reason Mogadishu has a bad reputation is that there is no superpower present here. I have been threatened and I use protection, but I am not afraid. If I had fear, I would have not taken this job. One of the problems we face is that because the government is functioning only in Mogadishu and not in the rest of the country, there are many overlaps between my job and the job of the TFG. Instead of focusing on national issues, the government is only focused on the city. This can create conflict. So, for instance, when I rehabilitated the fish market in Mogadishu, the Minister of Fisheries objected.

Rasna Warah is a journalist based in Nairobi