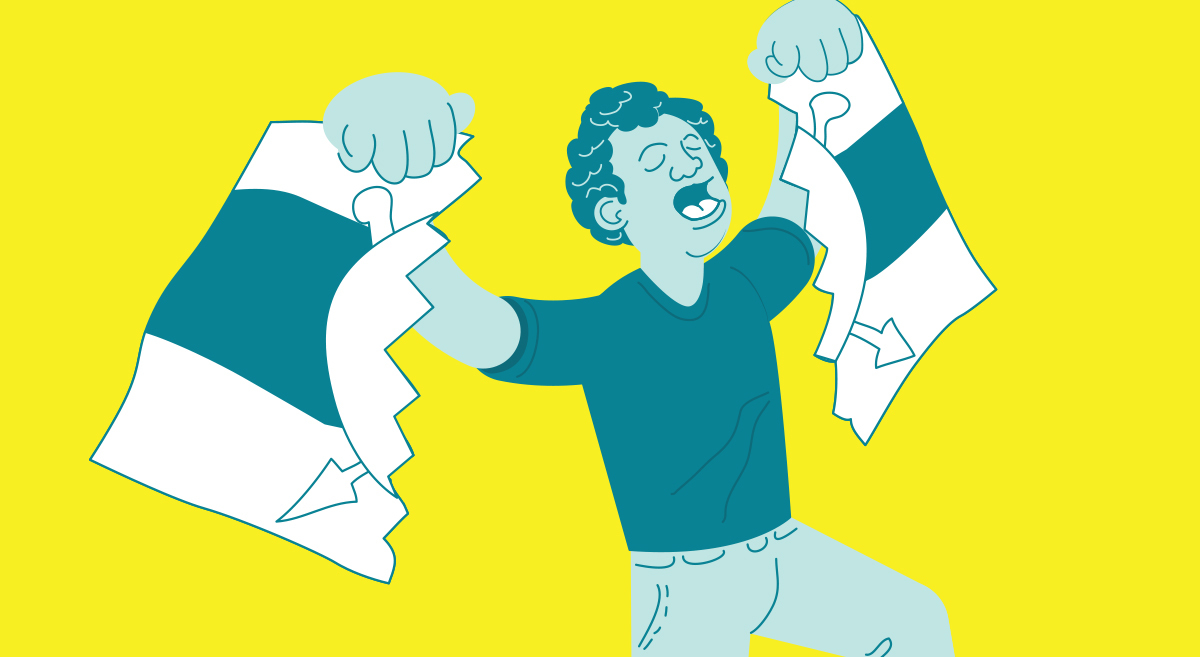 In 2010-11, coastal Kenya saw the rising popularity of the Mombasa Republican Council (MRC), a secessionist organization established in 1999. Despite its shifting legal status since a 2008 ban, support for the group was highly visible prior to the 2012 elections, with angry graffiti proclaiming “MRC The Coast is Not Kenya” covering walls in Mombasa and Lamu. While media and the state labelled it as an “illegal organized criminal group,” “gang,” and even “militia,” the MRC insist that it should rather be understood as a social movement. In 2012, I met Omar Bambam, the Mombasa Island chairman and national treasurer of the MRC. He defined MRC as a “revolutionary group representing all coastal people, seeking freedom for the coast by any means necessary”. He nonetheless emphasized that MRC were opposed to violence. The courts, he said, were the group’s main battleground where they presented historical and legal arguments for secession.

The MRC evoked the history of the Ten-Mile Strip of the coast and its incorporation into the state of Kenya to make its claims. The narrow strip of the coast stretching from Lamu to Vanga had remained under the nominal sovereignty of the Sultan of Zanzibar, even as the rest of British East Africa became Kenya Colony in 1920. This distinction was important, not only as the status of the coast was being debated at independence, but also beyond. Questioning the legal validity of the Kenyan state in 2010, the MRC denounced the agreements of 1963 and 1895, through which the strip became part of Kenya, and argued instead that the coast was a separate country, based on the Zanzibar Protectorate agreement of 1890 whereby the coastal strip was only leased to the British by the Sultan of Zanzibar. Further, the MRC considered the October 1963 agreement as valid only for 50 years, after which the coast was to become autonomous. The MRC based these claims on a particular reading of historical documents, as well as by citing “missing documents”.

With the planned construction of a deep water port, kenyan government visions see Lamu becoming “the Dubai of Africa

Scholars such as Justin Willis and George Gona have viewed the MRC’s retellings of history as a challenge to the state. They highlight how the MRC’s vision is fractured—couched for some in terms of autochthony, and for others as a vision of an independent, multi-ethnic coastal nation that derives its legitimacy from the sovereignty of the Sultan of Zanzibar. In many ways, the MRC draws on previous coastal nationalist movements, but as historian Jeremy Prestholdt has argued, it is novel in that it is more inclusive of diverse coastal groups.

While the MRC can be situated within the history of coastal nationalist movements, it is also different in that it acts as an umbrella under which multiple claims converge in the present. The MRC and its sympathizers are making claims about three inter-related points: land and autochthony, the history of autonomous city-states on the coast, and an imaginary tied to the history of trade and social relations across the Indian Ocean. These multiple claims ultimately point to a historical imaginary in which the coast is imagined as a space shaped by the Indian Ocean, and therefore distinct from “upcountry,” and the Kenyan nation. An MRC supporter in Lamu made some of these claims clear to me.

Mohamed Omar was a member of the MRC in Lamu. A local landowner, in 2012 he declared his support for MRC through his participation in an organization called the Hidabu Self-Help Group. This group was trying to “return” Hidabu Hill, a plot of land in Lamu, to “indigenous people” and halt its settlement by people from “upcountry.” The argument he made were based on a discourse of autochthony. Hidabu Hill, claimed Omar, was one of the original settlements in the Lamu area, and as such Bajunis from the archipelago rather than Kikuyus from the interior should enjoy entitlements. Bajuni claims to this land were legitimized based on a notion of autochthony.

Autochthony discourses are often used to make “authentic” claims to resources. In Lamu, as elsewhere on the Swahili coast, the resurgence of autochthony can be situated within the recent development of an extractive economy along the coast that threatens to exacerbate deep-rooted issues of insecure land tenure. The discourse of autochthony has fused with another historical imaginary, one that looks to an Indian Ocean past and the history of city-states on the coast of East Africa to argue for independence.

After a tour of Hidabu, Omar showed me a poster he had made. It bore the title: “Kenya’s Independence Opened the Door to the Coast’s Maladies.” Below the title was a poem that argued for secession, as well as images of two coins, one with “Mombasa” inscribed on it, the other with the mark of the Imperial British East Africa Company. The Mombasa coin was as evidence of the history of the autonomous city-state, while the other coin was supposed to represent the distinct history of the coast as a Protectorate under colonial rule. By writing the poem and including the images, Omar sought to delegitimize the nation-state, and seek an alternate vision of belonging grounded in the history of the region’s autonomous coastal city-states.

While some Lamu residents have focused on the past, the government of Kenya has been looking to the future. The Kenya Ports Authority (KPA) began advertising the Lamu Port South Sudan Ethiopia Transport (LAPSETT) corridor project in 2012. The government envisions that Lamu will one day become the Indian Ocean terminus for a rail-land bridge, claiming that Lamu will become the “Dubai of Africa”. While the government of Kenya markets this future for Lamu, its residents complain of economic marginalization, crumbling infrastructure, increased land grabbing and insecurity. The LAPSETT project, they believe, will simply exacerbate these problems.

The local civil-society organization Save Lamu emerged at the forefront of these protests. In 2012, Save Lamu applied to the courts for an injunction on the port, citing constitutional violations. The court case was rooted in deep-seated conflicts over land and coastal autonomy. “Firstly, the sentiments are almost like the MRC. Secondly, the sentiments are about land,” explained Maalim Baadi, Save Lamu’s former chairman. He told me that the “indigenous” tribes of Lamu were all squatters, not owning title deeds to their lands. Although not a member of the MRC, Baadi echoed some of the MRC’s ideas, arguing that issues of land ownership for “indigenous” peoples must be resolved. Baadi also echoed broader tropes in arguments made in Lamu against the port, such as decreased job opportunities for wapwani or coastal folk, with an influx of “migrants” from upcountry. He also argued that nepotism had allowed for Kikuyus to receive title deeds in the area as opposed to other inhabitants of Lamu.

While embroiled in current politics, Baadi’s sentiments about present inequalities and tensions are entangled in ideas about autochthony and the past. By invoking the MRC, Baadi placed current tensions between state and civil society within a historical imaginary that questions the legitimacy of the state. Individuals such as Baadi and groups such as the MRC react to present transformations in coastal Kenya by invoking a different imaginary of belonging, not only engaging with discourses of autochthony, but by viewing the coast as a place shaped by its own particular history of trade and social relations across the Indian Ocean.

While the government markets this future for Lamu, its residents complain of economic marginalization, crumbiling infrastructure and land grabbing

The MRC is harnessing historical narratives to imagine a different future for the coast than that envisaged by the Kenyan state. The MRC not only reimagines the coast as being shaped by its Indian Ocean past, but also claims to represent its diverse present-day population, which includes Mijikendas, Bajunis, Swahilis, South Asians and Arabs—in effect also defining what anthropologist Engseng Ho has called “local cosmopolitans” as “natives” of the coast. In doing so, the MRC is reframing discourses of nativism from the 1960s, imagining belonging within a more inclusive framework. This has given their arguments broad appeal. The diverse groups represented in the MRC are held together by a common ideology that includes a shared understanding of the history of colonial, imperial and now national power. “The coast has been suffering since independence,” Bambam told me. He viewed this “suffering” within a historical continuum that encompassed periods of Omani and British imperialism, and included the present Kenyan state within this history of “exploitation”.

When the MRC looks to an Indian Ocean past, it does so by defining itself as representing a population born of this past. Its discontent with the Kenyan state is framed within a history of autonomous city-states, and Omani, and British imperialism. The MRC imagines political and social belonging along different lines, circumscribed not by the Kenyan state, but by the memory of this past—and imagining of a different future for the coast. The MRC is viewed as a threat by the Kenyan state. While coastal nationalists at the end of the colonial era argued their case through political parties, the MRC has an amorphous legal standing. Following the attacks at Garissa University College in April 2015, the Kenyan government labelled the MRC as a terrorist organization, in effect delegitimizing the MRC as a political actor.

Yet, much has changed since in the past two years. Mohamed Omar no longer lives in Lamu. The contested land in Hidabu Hill was acquired by the Kenyan government. Omar is no longer engaged in activism. Support for the MRC has also been in decline in Lamu, although they remain active in other parts of the coast. A landmark Court of Appeal ruling in July 2016, which overturned the 2008 ban on the group, has been the source of an existential crisis. Now that the MRC is a legal entity, should it become a political party? What would it mean for a secessionist group to participate in national elections?

Residents of Lamu continue to struggle against the large development project that will potentially transform the coastline. The government and Amu Power, a private firm, are proposing a coal power plant in Kwasasi, on the mainland. This land has historically been farmed by communities from Pate, an island in the archipelago. Rumours of the project have led to land speculation, with buyers from across the country investing in property in the hopes of eventually being compensated. Save Lamu continues to protest both LAPSETT and the Kwasasi energy project. The power plant has been a particular source of conflict and division. Many approve of the project as they envisage receiving compensation for their land, but some worry about the environmental hazards of the coal-burning facility. Lamu is a port city in which ideas of the nation, belonging and the role of civil society remain contested, and the past is being harnessed to make claims to rights in the present.

Nidhi Mahajan is Assistant Professor of Anthropology at University of California – Santa Cruz.