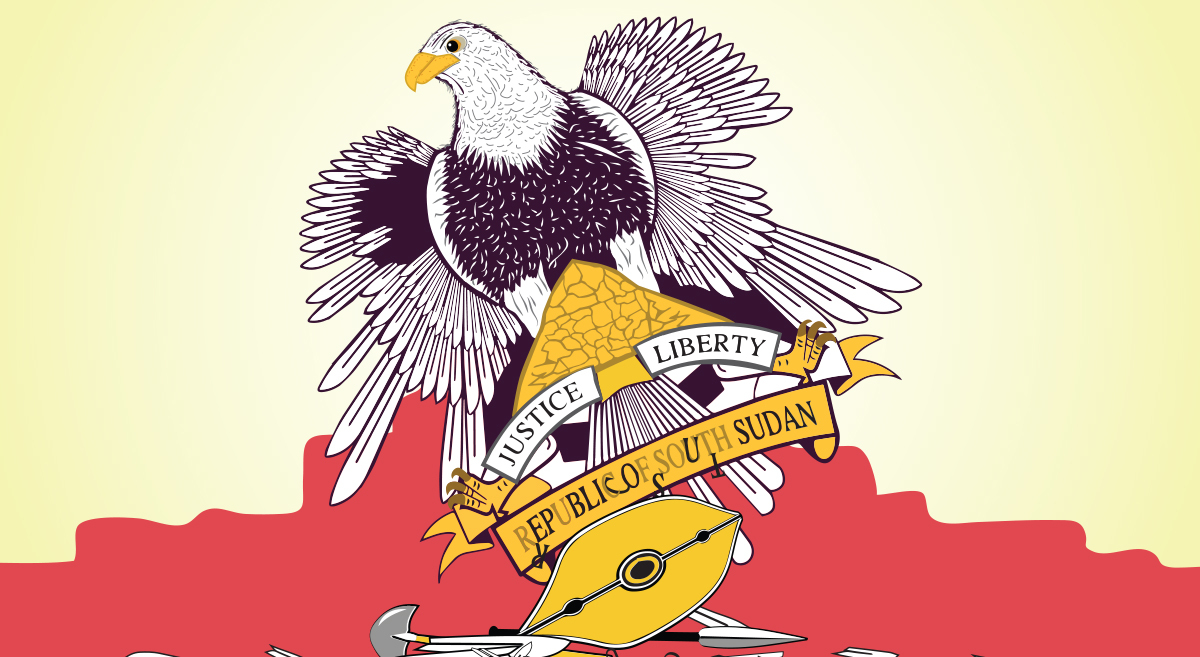 In 2015, South Sudan was among the top ten migrant hosting countries in Africa, according to official United Nations data, regardless of whether measured by absolute number or as a percentage of the population. In the same year, South Sudan was also involved in a bloody and bitter internal conflict, one that continues to this day. Despite the obvious dangers, migrants were drawn to the country by the promise of a new oil-rich capital that required building from scratch, of favourable exchange rates, and of a captive and open market, where anything brought in would turn a profit. The new Angola, some said.

But, as I have written elsewhere, by any standard, Juba, the capital of South Sudan, is a difficult place to do business. It is hot, dangerous and far from the commercial hubs of Africa’s Indian Ocean littoral. In a literal sense, the inland corridor that begins in the port of Mombasa ends here, along with the tarmac. Paved roads are limited, and the airport is small; bringing goods in presents many logistical challenges. The endemic malaria strains are particularly debilitating, and the few medical facilities are under-resourced. The population is poor, and the regulatory regime opaque, personalized and constantly shifting. The military and police act with impunity in the knowledge that courts are slow and, more often than not, complicit; while the population is well armed, and disposed to vigilantism. All supporting infrastructure—water, electricity, sewage, telecommunications, waste disposal, basic security—must be self-provided, making the cost of operating a business here extremely high.

Between car accidents, illness, road ambushes and periodic bouts of xenophobic violence, it is easy to lose one’s life in Juba, particularly as a foreigner.

Why, then, in 2015, were there still so many migrants there, despite the risks? I suggest that to answer this question requires thinking regionally, to consider the various hinterlands that come together to produce Juba. Although located on the margins of East Africa, Juba draws in labour, finance, food and construction materials from surprisingly extensive conduits: from Burundi in the south, Cairo in the north, Nigeria in the west, and Asmara, Hargeisa and, if we believe the rumours, the piratical waters of the gulf of Aden in the east.

To give flesh to these disparate hinterlands, I trace migrant trajectories backwards to consider the channels and conduits that direct and energize such precarious circuits. My broader interest is to consider these examples alongside academic debates about both the nature of “region” and “urban”.

Between car accidents, illness, road ambushes and periodic bouts of xenophobic violence, it is easy to lose one’s life in Juba, particularly as a foreigner

In particular, I wonder what, if anything, is gained by thinking the urban without an outside? If it is necessary to read urbanization as the spatial logic of advanced capitalism into all manner of social and physical landscapes, as is suggested by Neil Brenner, then is it possible to conceive of Eastleigh, Kampala and even Dubai—places from which surpluses of time, energy and aspiration, alongside capital, bodies and labour, are drawn out and reworked to produce the volatile stochasticity of South Sudan’s dusty backwater economy—as hinterlands of Juba? If this is the case, where exactly does this leave us?

How does this help us to understand the social, imaginative and material processes that have made Juba? My interest here is what these precarious migration circuits I describe tell us more broadly about the im/possibility of work and desires for autonomy within the region?

Let me begin with Martin, a middle-aged father of four. Originally from Kampala, he faced a life of just making ends meet as a storekeeper. After rent, school fees and medical expenses he wasn’t able to save any money. Recognizing that he was unable to progress economically in Uganda, Martin started to think about options. South Sudan presented itself as a viable option, a place where he arrived expecting “to get something good”. Juba wasn’t Martin’s initial choice of destination, but its location relative to Uganda—he described it as being in the “neighbourhood”—and the ease of arranging entry made it appealing.

At the time Martin made his decision to migrate, tales of Juba’s possibilities circulated in the cities of East Africa like rumours of El Dorado. Still, when he arrived in 2009, Martin had a difficult go of it, remaining without stable income for nearly a year. Eventually, he was able to save up enough money to buy a Chinese motorcycle. From what he earned using it as a taxi, he was then able to set up a small outdoor food stall that sells chicken and chips. Now, he spends his mornings cutting up chicken that his wife and a couple of other partners will later cook at the restaurant. His afternoons are spent driving his motorcycle taxi to earn a bit more and even out his income. What he likes about this arrangement, he explains, is that he is the one who sets the condition of his labour, who decides how and when he will work. While he admits that there are some difficulties doing in business in Juba, he has indeed found something good.

Martin’s experiences are exemplary of many migrants to Juba from East Africa —they are primarily from Kenya and Uganda, but also Tanzania, Rwanda and Burundi. Many of the migrants I spoke with said that South Sudan was an easier environment in which to start a business, either because the capital needs for an informal business were not high, or because there was not as much competition as in their home countries. Most were repatriating their earnings, using them to subsidize social reproduction in their places of origin, but with an eye towards earning enough in the long run to be able to make starting a business at home a viable prospect.

As they earned a living in Juba, their circulations home and back again, their capture and reverting of material gains to their places of origin can be seen as the beginning of a lay process of weaving South Sudan, or at least Juba, into the economic life of the region. Risky as it was, the profits made in Juba were recirculated into the trappings and distinctions of class status—post-secondary school fees for children, for example, or land purchases and home building projects.

But there were other types of circulations that drew in resources from much further afield. These condensed in the trajectories of those whose interests in Juba were economic, but not only so. The Darfuri electronics dealers, Eritrean hoteliers or Somalis brining in the construction materials (rebar and cement, petrol and iron sheeting) used to build this city from scratch all have distinct trajectories. What is particularly remarkable about this group of migrants is that many of them choose Juba despite having other options. While they might otherwise qualify for refugee protection, they nevertheless rejected that designation in order to pursue fuller and more autonomous lives in a risk-filled city at the margins of East Africa. And these migrants drew on other, broader networks and knowledge economies in making the decision to migrate, to invest, and, indeed, to build Juba.

Take Yemane, for example. Yemane used to run a business importing car batteries from Dubai to Asmara, but a few years ago was called by a relative who told him that there were good business opportunities in Juba. For the moment, he was running an internet café just up the road from the university. His shop offered not only net access, but also printing and word processing by the page or the minute. Business was not so brisk, but he was holding out in Juba for the meantime, laying the foundations for bigger plans.

Once things returned to peace, Yemane told me, he was planning to partner with his brother who was based in Birmingham to start up the first recycling facility in the country. There was a lot of money to be made in such a venture, he assured me. He’d already scoped out the costs of the required machinery. Now was a time to wait for the money from his brother, and for the political situation to stabilize a bit. Then he would be ready, when peace came. When I asked whether Yemane thought to do business in Dubai again, or try for Europe like his brother, he responded dismissively saying that to live in Europe is to be spoon fed, treated like a child.

He dismissed the idea of depending on social benefits in Europe, insisting “We are human beings!” Comfort, along with dignity and a sense of purpose were important to Yemane. “I want to be—what you call it?—hardworking.” He spoke of owning a business, not simply being a salary earner. Yemane’s perspectives on life in Europe were informed by information from his brother in England, and also his wife, who now lived in Sweden with their children. Yemane, like many others I spoke with, expressed distaste for the idea of living as a dependent on the welfare state, for the constraints of life imposed on refugees both in the region’s camps and outside it. A return to his former Dubai trading venture was similarly ruled out: the time for that had passed. There were now too many people plying that route.

Yemane was not alone. By 2015, Somali and Eritrean migrants made up a significant presence in the economic life of Juba, dominating the provision of building materials, petroleum, dry goods, alcohol and hospitality. In interviews, many rejected the circumscribed lives that would be available to them as refugees, whether in the north-eastern African region or further afield. Most were able to draw on transnational family networks to jump-start their businesses in Juba, be it fronting high rents for a shop, building hotels, subsidizing the first purchase of goods in Dubai, Istanbul or Shenzhen, or investing in nascent industrial ventures such as water and soda bottling facilities, recycling plants and heavy machinery.

There are clearly similarities in the trajectories that brought Martin and Yemane to Juba—both took a hard look at the broader economic and political conditions at home, and saw little scope for expanding their field of operations. Both considered other destinations before choosing Juba, which they hoped would become the new Angola, a place to stumble into a quick fortune. But more importantly, perhaps, was the concept of agency: setting one’s own course, arranging one’s life and working according to one’s own priorities. Within the region, it was Juba, more than any other place that offered this sense of possibility, at least for a time.

By 2015, the allure was fading—but, by then, Juba had been irreversibly transformed. Multi-storey hotels with rooftop cafes and glass-clad shopping malls fill the city skyline, alongside the skeletons of half-built buildings. As the risks of operating in Juba have grown, only the most invested migrants remain—those who have committed too much to Juba, and can’t walk away. But fewer and fewer people now arrive to make a life in this get-rich city. To imagine Juba now, from the streets of Nairobi, is to think of evacuation flights rather than all the money that might be made there. The gold rush is over.

Léonie S. Newhouse is a research fellow at the Max Planck Institute for the Study of Religious and Ethnic Diversity in Göttingen