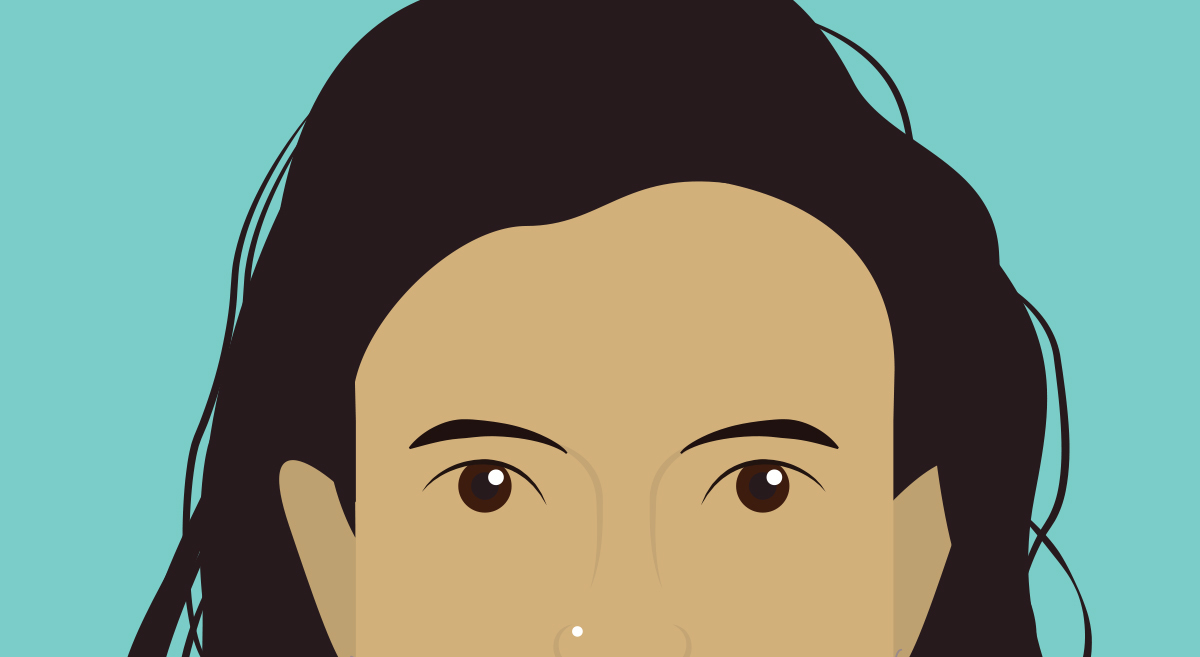 In November 2014, I met Ekal and Echwa, a young Turkana couple carrying their small child along the tarmac that runs north through Isiolo, a town roughly 300km north of Nairobi. The road will, one day, reach Ethiopia. Ekal and Echwa lived in a settlement five kilometres northeast of Isiolo that was inhabited mostly by settled Turkana pastoralists and their livestock. They were returning home from the local hospital where they had taken their sick child. As we walked, Ekal pointed towards the mountains that rise up out of flat plains about 20km west of Isiolo. “All of that belly,” he said, referring to the curved shape made by one of the mountain faces, “will be skyscrapers.” The area he pointed to was the site for the Isiolo Resort City, which forms part of plans for the larger Lamu Port South Sudan Ethiopia Transport (LAPSSET) corridor. He had seen images of the unbuilt city on a calendar.

On a visit to the mountains a month earlier, I had found nothing to indicate the rudiments of a city. The area lacked even a fence to bound the site. Nevertheless, words and images about LAPSSET were commonplace in Isiolo. The media published renderings of unbuilt infrastructures appearing in the project plans, and local NGOs held seminars to “sensitize” communities. The PowerPoint presentations at these seminars also showed computer-generated renderings of the resort city, along with budgeted sums for the infrastructure and projections of future population figures. I too came across glossy calendars detailing the main features and route of the LAPSSET corridor being sold by a hawker outside Isiolo’s Catholic Mission. How does the circulation of such words and images about the future work on the present?

This essay draws on 12 months of ethnographic fieldwork in Isiolo, a diverse town of about 60,000 people situated at the interface between fertile highlands in central Kenya and the desert lowlands of the north. Long neglected by colonial and post-independence government administrations, Isiolo has in recent years been reframed through the LAPSSET plans as a “new frontier” for economic growth. The project is framed around an oil pipeline and transport infrastructure will link oil fields in South Sudan with a new port at Lamu, spanning the vast territory of northern Kenya, which has long been excluded from national development. Isiolo features as a key node along the road and railway corridor. Once nicknamed mwisho wa lami (“the end of the tarmac”), Isiolo is expected to host various “value-adding” projects, including an international airport, modern abattoir and new city project in the “belly” of the mountains pointed out by Ekal.

In recent years, scholars have paused on glossy images of Dubai-esque cities in Africa with streamlined infrastructures and reflected upon the agency of these images, which seem so far-removed from African realities. Many find that they are surprisingly seductive to ordinary people, even those likely to be excluded by the projects. In 2011, anthropologist Filip De Boeck wrote about interviews he conducted with farmers in Kinshasa facing eviction from an area designated for a large gated community, La Cité du Fleuve. Ordinary people, his interviews revealed, share the same dream of what the future city will look like as the “big people” who will benefit from its realisation. “Yes, we will be the victims,” De Boeck generically quotes the farmers, “but still it will be beautiful.” De Boeck argues that for Kinshasa, a shared longing for a better city offers “a new space that escapes from the real order of things”—while the new city remains an out-of-reach dream for poor Congolese, its significance lies in its imaginative effects.

In Isiolo, LAPSSET also has imaginative effects. Ekal and Echwa told me that Isiolo Resort City would be “smart”. But although thus far largely elusive as material fact, the anticipation of LAPSSET is already having very material effects. Isiolo is expanding at its edges, including into its outskirts into places where people like Ekal and Echwa live. While it is true that LAPSSET’s imaginative effects are constituted by escapist dreams and fantasies, the project has also been met with a degree of suspicion and apprehension. These suspicions index the historically fraught relationship between locals and national government, as well as local ethnic tensions and political competition among Isiolo’s diverse cultural groups. This combination of affective responses to LAPSSET is generative of and regenerated through an “economy of anticipation”—a term anthropologist Jamie Cross uses to describe the processes through which anticipated special economic zones take shape in India. Isiolo’s economy of anticipation is primarily manifesting in the cutting and claiming of land around the town’s edges.

Among locals, the LAPSSET project is perceived by many as the latest in a series of plots by a coercive national government bent on appropriating land and resources from northerners. This relates, in part, to the positioning of the LAPSSET route and the clustering of projects around the town—areas which have historically been disputed with neighbouring Meru County, a larger constituency than Isiolo with greater political importance to the national government. In the context of the recent devolution of government in Kenya, the precise location of the LAPSSET infrastructures will determine which county government benefits from the projects, in terms of revenue, employment, contracts and opportunities for patronage and political reproduction. The new airport offers a good example: its terminal buildings and control towers are in Isiolo County while its runway extends into Meru.

There are also anxieties around attempts by the national government to “adjudicate” land in northern Kenya to “make ownership clearer” ahead of LAPSSET. Title to land in Isiolo remains legally insecure. It has tentatively been classified “community land” under the Community Land Bill, a draft piece of legislation still under debate in parliament. Isiolans note that land is in short supply in neighbouring Meru County, and worry that Isiolo, as one of the country’s last land frontiers, will be the starting point of a rush on northern land. The Isiolo County government has attempted to stall land adjudication attempts by the national government and hold out for the new bill. There are concerns that delays in the bill’s passing could offer a “window of opportunity” for the acquisition and privatization of land by “influential” people with connections to the national government.

Jamie Cross argues that planning as a “mode of anticipation” comes into productive tension with other kinds of anticipatory practice, “as diverse communities of people work towards futures that improve upon the present”. Rumours circulate in Isiolo that “big people” like Jimmy Kibaki, a son of Kenya’s former president Mwai Kibaki, and Martha Karua, a former justice minister and long-standing parliamentarian for a central Kenyan constituency, acquired land around the site of the proposed resort city prior to the LAPSSET projects being announced. This anticipation propelled a rush on land by a diversity of ordinary citizens. While many land acquisitions are by middle-class investors from Isiolo and beyond, poor townspeople tend to be at the forefront of this process, cutting and claiming land at the town’s peripheries before the bigger people arrive.

Property speculation is not the preserve of elites. One day, in Isiolo’s town centre, I bumped into Guyo, a Borana man and father of four who lives in a neighbourhood in the north of the town and is employed on a casual basis as a watchman. “Don’t you want land here?” he asked, as he invited me to join him in a collective acquisition. He projected that within five years Isiolo would be a city and livestock compounds would be a thing of the past.

In his thirties, Guyo was a member of a registered youth group that was concerned with ‘development’ issues such as HIV/AIDS awareness, but was also active in the acquisition of land. The group had claimed a large piece of land northeast of Isiolo town, which they divided into plots. Guyo spoke about preserving his plot for his children, but added that he would consider selling it if prices, already soaring, rose any higher.

Guyo then mentioned said that he was part of another group that had acquired several large pieces of land in an area further out of the town. Notably, both groups were made up of fellow Borana. Members of other ethnic groups in Isiolo suspected that a Borana-dominated county government supported these land deals and of privileging its Borana constituents living in the town. This suspicion has given rise to similar anticipatory practices among other ethnic groups. Regina, an elderly Turkana woman who lived in a disintegrating mud house in a village northeast of Isiolo, was one such participant. The village where she lived had initially been settled by poor Turkana and Samburu pastoralists, but was now quickly developing into a middle-class neighbourhood as well-off residents of Isiolo (and beyond) acquired plots and built stone houses.

Regina was at risk of losing the plot she lived on as a wealthy northern Kenyan had claimed the land; he maintained that it had been allocated to him long ago by the former Isiolo County Council. During a visit, Regina told me that she had acquired a new plot at the edge of the area to the northeast of Isiolo town, not far from where Ekal and Echwa live. Regina described how she, together with a large number of other Turkana from Isiolo, had rushed to cut land there, afraid that others would get there first. “Isiolo will be Nairobi,” she explained. “Borana want to make Isiolo theirs …”

In February 2017, a national daily announced that Isiolo could lose its resort city owing to the recommendations of Kenya’s National Environment Management Authority, which pointed to the fact that the proposed site was a corridor for wildlife. The article did not reflect on any thwarted opportunities for development or employment should Isiolo lose the project, but noted that it would have “major ramifications” for thousands of speculators who had acquired land in the area. Some commentators have suggested that the making of speculative economies in land becomes part of the logic of wildly ambitious development projects in places like Kenya. Perhaps. Whether Isiolo’s city of the future manifests or not, it seems likely that this northern Kenyan town will continue expanding and being cut at its edges. As Kenyans seek out new investment opportunities, and as land in neighbouring central Kenya becomes increasingly scarce, it seems unlikely that Isiolo will lose its branding as the gateway to Kenya’s “new frontier” any time soon.

Hannah Elliott is a doctoral candidate at the Centre of African Studies, University of Copenhagen