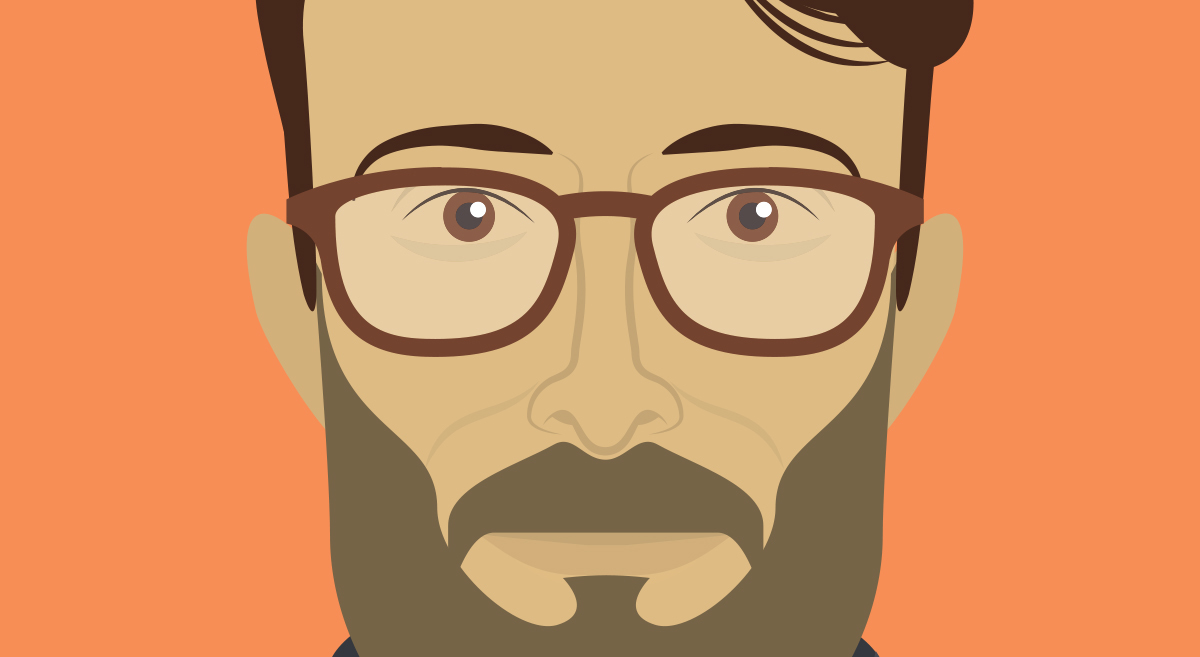 The urban revolution unfolding across much of Africa is a critical issue in Ethiopia. This country’s double-digit economic growth in recent years has largely been driven by new investments from China, India, Japan, Saudi Arabia, Turkey, the United Arab Emirates and the Ethiopian diaspora. As a result, routes and rhythms in the movement of Ethiopia’s people, animals, knowledge, money, food, water, energy and resources of almost every other kind are in flux. The Ethiopian government has undertaken an historic urban turn in national development priorities to as it seeks to channel, focus and rescale these flows. A new model of integrated planning rethinks certain cities at the regional scale, and envisions urban expansion areas as key fits between social and material infrastructures of the future. While federalist governance in Ethiopia seeks to channel urbanization, a new politics-based urbanization is itself constraining and reconditioning the bounds of federalist governance.

In this essay, I connect the emergence of integrated planning with the question of citizenship along Ethiopia’s dynamic urban/regional interfaces. Planning practices along these internal borderlands reveal the paradox of “integration” in a rapidly urbanizing and transforming society. Urbanization during these boom years has enabled the Ethiopian government to think grandly about its cities and to experiment with the rescaling of urgent planning imperatives. Nowhere are the frictions around these transformations more clear than the expansion area of Ethiopia’s capital city, Addis Ababa, in the surrounding Oromia region.

Urban growth in Ethiopia today is shaped as much by the logic of ethnic federalism as the complexity of global economic change. The previous regime, the Derg, sought to minimize ethnic and religious difference in a punitive socialist system that advanced a rural bias in development. Militias from the Tigray, Amhara, Southern and Oromia regions toppled the Derg in 1991 to form a ruling coalition called the Ethiopian Peoples’ Revolutionary Democratic Front (EPRDF). In principle, the EPRDF’s system of ethnic federalism counters legacies of political marginalization by granting each of Ethiopia’s regions co-equal sovereignty and even the right to secede, as happened with Eritrea. In practice, however, few of Ethiopia’s 80 ethnic groups are meaningfully incorporated in regions or parties. Little daylight separates the EPRDF from the Ethiopian state, and the formation of alternative parties has been systematically denied.

Ethnic federalism has profoundly reshaped Ethiopia’s political territories in two stages. First, whereas the Derg had recognized 13 regions, the EPRDF initially recognized nine regions, known as “nations”. Six of them were named in recognition of particular ethnic groups: Tigray, Amhara, Afar, Harari, Somali and Oromia. One region, Benishangul-Gumuz, was named for a combination of a place name and an ethnic group. Two regions were deemed too diverse to have a defining ethnic character; a place name was chosen for the Gambela region, and the language of the new constitution was the basis for naming the Southern Nations, Nationalities and Peoples Region (SNNPR).

A second stage of territorialisation came in 2005, when Addis Ababa and Dire Dawa were recognized as autonomous charter cities. Both cities were large population centres and nodes in national transport networks, and each had a diverse makeup that did not comport with the imagined uniformity of any national region. Addis Ababa thus was carved out from the Oromia region, though completely surrounded by it. Dire Dawa was carved out from between the Oromia and Somali regions. There is some speculation today that Awassa and Bahir Dar—the rapidly growing, diverse regional capitals of the SNNPR and the Amhara Region, respectively—may also become charter cities.

Here, best practices in regional planning for urban expansion would seem appropriate, as they often aim at the provision of streamlined infrastructures, efficient service delivery, green growth or other such public goods. Regional planning reconceives a city as part of an expanded metropolitan system, catalysed by a combination of cheap land, limited infrastructure and smaller human settlements lying outside the city. According to this view, the short-run burdens of development within a city’s expansion area would be offset by the long-run benefits of a common metropolitan region of harmonized urban functions. Regional planners and city managers work together to erode the spatial, economic and political limits to what they see as a city’s inexorable growth.

But the common assumptions of regional planning circulating globally do not assume ethnic federalism as a ground truth. In 2012, the Addis Ababa municipality adopted the long view of the regional planner and inaugurated the Addis Ababa and the Surrounding Oromia Special Zone Integrated Development Plan Project Office. After all, Addis Ababa’s population of nearly four-million residents are projected by the United Nations to double by 2040, seemingly making its regional planning an imperative.

During the boom years, Ethiopia’s government has thought grandly about its cities and experimented with the rescaling of urgent planning imperatives

Unlike previous master plans, which tended to focus on Addis Ababa’s internal parts, the office would rethink the city as part of a “special zone” encompassing five nearby, smaller cities in Oromia region roughly 30-40km beyond Addis Ababa’s city limits. Each of these outlying cities was meant to specialize in sectoral and functional tasks for an integrated metropolitan area. While residents living within the “special zone” see both challenge and opportunity in Addis Ababa’s rapid growth, the consultations between Addis Ababa and its surrounding municipalities were not reciprocal or very participatory. Rather, local stakeholders in these consultations have usually been appointed officials or, in some cases, influential business people.

The dynamic corridor stretching from Addis Ababa some 20km to the city of Bishoftu in Oromia has been understood by some as either an economic opportunity, and by others as a looming threat to the sovereignty and territorial integrity of Oromia. To many Oromos, this corridor’s foreign-owned factories, expressways, and other signs of Addis Ababa’s expansion are reminders of their marginalization since the late-nineteenth century. At that time, Abyssinian aristocrats marched from Addis Ababa into Oromia and other lowland kingdoms, annexed their land, and forced them into the framework of modern Ethiopia. Other urban expansions may also encroach on Oromia, such as the city of Awassa crossing into the region from the south, or the city of Harar crossing into the region from the northeast.

Recent years have seen the dramatic emergence of social movements contesting ethnic federalism and the logic of regional planning. In April of 2014, university students in the city of Ambo, Oromia, held an unsanctioned protest against cronyism, inequitable development and the denial of Oromo sovereignty. Police broke up the protest and opened fire, killing several students. Dozens of others were detained and disappeared, and martial law and media blackouts were imposed. The incident prompted national and international outrage.

In 2015 and 2016, urban protests followed across much of Oromia, and then spread to the Amhara and Harari regions, and even to Addis Ababa. The protests opened pathways of multi-ethnic solidarity against the framework of ethnic federalism, rather than through it.

In January 2016, the Oromo Peoples’ Democratic Organization (OPDO) acceded to popular pressure and announced the suspension of the integrated planning office’s strategy. This has generally been construed as the single most serious political threat to EPRDF in its 25 years of rule. The EPRDF subsequently promised a national process of political reform, underscoring a clear urban turn in Ethiopia’s complex regional politics. But the growth of this movement has come with sacrifice. Militant action, including riots, barricades and attacks on police stations, have been met with brutal force. Security agents have killed at least 400 people and tortured many others. Among the thousands of Ethiopians detained, many have been sent to so-called rehabilitation camps. By early 2017, the EPRDF announced the release of many prisoners. But the path to reform is unclear. Prime Minister Hailemariam Desalegn called a state of emergency in October 2016 and Parliament has extended it further to July 2017.

With their integrated plan shelved, these are heady times for Ethiopia’s growing professional cadre of planners. While the majority of them eschew party politics, they are often proud of their turn towards integrated planning. It suggests their increasing technical capabilities and independence from foreign advisors. They have made bold and historic achievements in planning Addis Ababa, many of which have been especially popular with the city’s growing middle class. With some credence, planners claim that their efforts have been misunderstood or knowingly misrepresented for political gain. But while they have hope for the city’s dynamic future possibilities and growth, some acknowledge that the protests have caused them to feel ambivalent. In an expression of discomfit, one senior planner said, “we are not building a nation, we are building ethnic regions.”

Under other political circumstances, integrated planning could be a chance to build collaborations across regions, cities and towns. After all, everyday life in Ethiopia is not just characterized by ethnic divisions, but also by many hopeful and open-ended situations of mutuality and interdependence. Shared languages, multi-ethnic family networks and relative harmony between religious groups are just some of the bonds that link Ethiopia’s people, both within and across regions.

Ethiopia’s frontiers for the negotiation of space, power and identity lie in rural and urban places. But increasingly, these frontiers run along the official interfaces of cities and regions. Within the new circuits and megastructures of connectivity in East Africa, then, the prospects of urban expansion in Ethiopia are marked by friction, as well as flows.