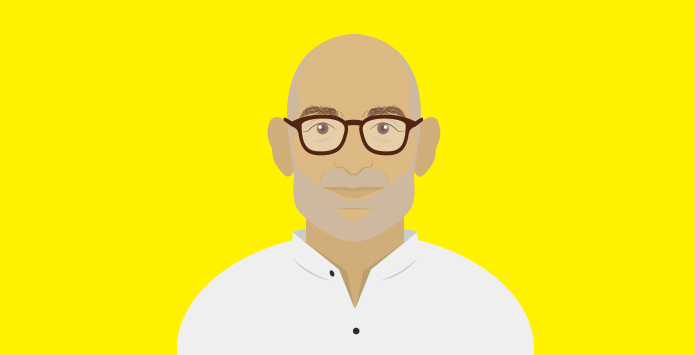 “Design” as an active medium, no matter who authors it, allows for a combination of resistance and activism"

The British Empire is no more, although its influence endures. Almost 39 years after the last British colony on the continent gained independence, the validation of the architectural profession continues to be governed by guidelines set by the Commonwealth Association of Architects (CAA) in 12 countries across sub-Saharan Africa. Since its establishment in 1965, after the first wave of independence across the continent, the CAA’s mandate remains to promote cooperation for “the advancement of architecture in the Commonwealth” and to share and increase architectural knowledge.

As anachronistic as this may sound, the CAA retains its influence mostly due to its certification mechanisms’ capacity to facilitate movement and access to a broader market for the professionals accredited under its system. The surprising endurance of the organisation’s influence across Asia and Africa has profound structural implications. Its relatively narrow definition of what an “architect” does, coupled with restrictive national laws, limits forms of practice to the detriment of grounded and appropriate architectural work. This negatively impacts environments that require dynamic new approaches to effectively address challenges posed by growing urbanisation.

More than 50 years after its founding, the recognition of the CAA’s validation of professional membership has not led to any significant growth in the number of accredited educational programmes. Of the 12 countries, only five—Ghana, Kenya, Nigeria, South Africa, and Uganda—offer validated degrees. Coupled with the limited access to a university education, which is still elitist, the odds of any born-free, English-speaking young African becoming an “architect” remain low. Successful registration with a national professional body does not guarantee an easy path to practice in neighbouring countries either.

In both the north and south, the debate on the legal value of the title of “architect” is widespread. Sweden, Switzerland, and the Netherlands are among examples of countries “notorious” for high-quality architectural production without any legal protection of the title. This does not mean there is no civil liability attached to the creation of the built form, but rather that a viable architectural practice can be achieved by operating from and occupying the malleable “in-between” spaces.

One would like to believe that in the context of rapid urbanisation, with its dire need for improved quality in the built environment, the real concern should be less with legality and more with relevance. There must be multiple ways for ingenious creative minds to work around degrees and licensure. I’m suggesting that there’s a lateral, non-official way of operating, one that might not be recognised by (trans)national regulatory bodies. This untethered mode of operation can enable spatial explorations that are more grounded in both practice and perspective, which can operate at various scales across both geographic and disciplinary boundaries.

Without the hurdles of a local legal framework on building standards and professional practices, foreign firms have been able to swoop in and produce architecture at various scales on the continent. American/Japanese architect Toshiko Mori’s sinuous structures in Sinthian, Senegal; Venice-based TAMassociati’s Salam Centre for Cardiac Surgery in Khartoum, Sudan, and Boston’s Mass Design Group’s school in Ilima in the Congo Basin, all appear to have been delivered without these constraints. I’m not indicting such projects: instead, I recognise a mode of operation which suggests that the restrictive status quo is not crucial.

In both the north and south, the debate on the legal value of the title of “architect” is widespread

What I’m pointing to is the agency of bypassing, which typically favours externally driven developmental programmes over bottom-up, local practices. International agencies are responsible for the design and construction of a considerable amount of buildings in support of government programmes. They directly benefit from an in-house approval process. Hundreds of schools, hospitals and latrines are all deemed to comply with building standards, even though the authorship of their design is unclear and the validation process obscure. Similarly, a cursory search of Western-based universities doing design/build projects in the global south will show little—if any—evidence of locally registered architectural partners, adding a neo-colonialist tint to their operations.

Faced with a situation that appears stuck and somewhat impervious to change, two examples of anonymous or collaborative authorship as alternative modes of production across borders come to mind.

Drive through many parts of eastern and southern Africa and you can’t miss the 1 x 1 x 2 metre coloured plastic phone booths that line roads, and punctuate the landscape. They are places of exchange, conversation, trade and capital. These ubiquitous objects appear to be the product of an anonymous “designer”, an industrial and industrious mind that developed easily fabricated and transportable objects. Their provisionality does not subject them to permanent forms of building approval, while, being made of plastic suggests they will mark the environment for some time.

The recent Ikea limited edition collection Överallt is also notable. The result of a multi-year collaboration between 10 African designers and Ikea’s in-house experts, the collection “explores different modern lifestyles and rituals in urban parts of Africa”. It is easy to criticise the Ikea initiative as yet another by a multinational corporation that already plays an outsize role in the construction of taste. However, it is important to highlight how the select group of African architects and designers involved in the project have leveraged Ikea’s ability to fabricate, package and distribute across borders. In this way they have developed a collection that would otherwise not have seen the light of day, all the while supporting some forms of local fabrication in the manufacture of some of the products. Ironically, the corporate’s only point of sale on the continent is in Cairo. One anonymous yet visible, and the other enjoying the maximised global visibility only a corporation of Ikea’s standing can offer, these two examples point to a way forward. Alternatives to what has been long deemed the only path to professional work do exist for Africa-based professionals.

While the legal framework inherited from the past is stuck in debates on what “architecture” should be and how to constrain it in legislative boundaries, “design” as an active medium, no matter who authors it, allows for a combination of resistance and activism, and can leverage forms of spatial practice at multiple scales. At the same time, it is clear that “design” alone will not be able to address the separate enforcement of standards that affords international development agencies and firms conducting design/build experiments across the continent greater autonomy than local practitioners who are expected to colour inside the lines.

Tomà Berlanda is an architect and educator based in Cape Town