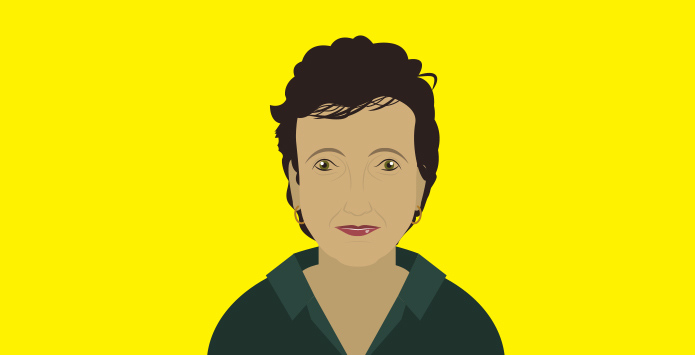 In the context of an unequal and uptight Europe, the word “immobility” has come to have two meanings. Both speak to the heightening of systemic discrimination.

From one perspective, “immobility” is about the obstacles that prevent citizens from occupying a secure place in society. These obstacles result in an increase in the number of working households living with food poverty, and a decrease in state funding for critical services such as education and healthcare.

The other perspective relates to restrictions on physical movement that prevent people from moving freely across the world. These restrictions are commonly established along racial lines. They take the form of militarised external border formations, as well as internal bordering, in which racism is permitted to fester. The daily tragedies witnessed as far afield as the US-Mexico border and the sanctioned deathbed on the central Mediterranean route from North Africa to Europe, where thousands have died, are repercussions of these restrictions. South Africa has developed its own worrying manifestation characterised by a regular fixture of xenophobic attacks since 2008, mainly targeting migrants from other African countries.

Immobility suggests not just a narrowing of mobility, but also a racialised confinement of space and shrinking of possibilities. In political and policy terms, the two forms of immobility are treated as distinct. Migration is rendered as a crisis, foisted upon a nation from the outside. Emergent nationalisms now abound within and beyond the contemporary configuration of Europe. The narrowing is part of the same state-market compact that produces peripheral populations of people who are rendered redundant to the requirements of society. These are the people held in stasis in the outskirts of casual employment or those subjected to forms of internment in deportation centres, refugee camps, or prisons.

Immobility means that the vocabularies of borders and peripheries, of sans papier and sans contract (without papers or contract), are part of the same lexicon of dispossession. A narrow passage evokes an ever-decreasing corridor down which many in the “majority world” must travel, with limited possibility of return. For the migrant, it requires a different repertoire of movement and determination to navigate the ongoing restriction of movement and space. As the passage narrows, it also lengthens: migrants learn new languages and acquire new skills along the way. Every now and then the passageway bulges, allowing for a gathering of fellow travellers to overlap.

Having pursued and presented various forms of such an evidence base, it seems apparent that authorities don’t always want to know about the economic and cultural contributions of migrants

These bulges are frequently parts of cities: places sufficiently expansive to trade knowhow, to learn how to read the city, listen to its flows and understand where to intercept and be part of the action. Hillbrow, a central Johannesburg neighbourhood that has been one site of anti-migrant violence, is such a place. It’s a labyrinthine vestibule ready to receive the energies of newcomers.

Sometimes the bulges occur in the flat, far-out territories of cities: places where jobs are harder to come by, and the impacts of state underinvestment are severe.

Over the past 10 years, I have been exploring “street exchange” in the peripheries of UK cities. These peripheries are where proprietors from all over the world tend to converge. In Cheetham Hill, Manchester; Narborough Road, Leicester; Rookery Road, Birmingham; and Stapleton Road, Bristol, newly arrived and long-settled proprietors successfully reconfigure the shapes and textures of shops and the economies of profit, profiteering, care, and counsel that make the street. We have engaged with the kinds of economic and political life that are possible in these edge territories. Our parochial understanding of the local is being reshaped and challenged.

We have also sought to explore what constitutes socio-spatial exchange, as well as gain an insight into who and what systems people turn to—and where blame is cast—when things go awry. Alongside these questions, we have conducted face-to-face surveys: inventories of jobs, vacancies, a broad range of retail activity, levels of education, tenure types, and so on. While such surveys have uses beyond the tick-box format, it is essential to develop an evidence base that captures the socio-economic value of these streets. This evidence could be an essential resource for planners and policymakers willing to engage with the complexity of street livelihoods in marginalised parts of our cities. Employment in each of these urban seams is significant, as are multilingual proficiencies. The majority of traders have both tertiary education and experience in working in other occupations and sectors before they began their migrant journeys. Having pursued and presented various forms of such an evidence base, it seems apparent that authorities don’t always want to know about the economic and cultural contributions of migrants. We’ve subsequently worked with activist groups to challenge planning decisions and contribute to metropolitan level policy.

When talking to migrant proprietors, it was painfully clear how long and extractive many of their journeys to the street are. Such is the mounting height and depth of borders that it is not unusual for migrant journeys to take years and traverse many border systems. Existing skills might require re-authentication or are invalidated along the way. Some migrants must acquire new accreditations but often without access to secure work. As journeys unfold, often the path narrows. More borders limit the prospects for multi-directional movement and mobility. Migration systems tied to these expansive borders and the excess of social sorting and punishment are at odds with much longer practices of circulation.

A significant question remains in our research: what social, political and legal avenues are required to recognise the forms of city-making that are evolving from activities on the street in Johannesburg, Birmingham, and neighbourhoods across the globe where new arrivals land up and go about making a life, against all odds? A rewiring of our circuitry to understand a belonging that is decoupled from ethnic and national prescriptions—and that embraces a sense of passage that expands rather than narrows our shared humanity—is desperately needed

Suzi Hall is a researcher and activist based in London