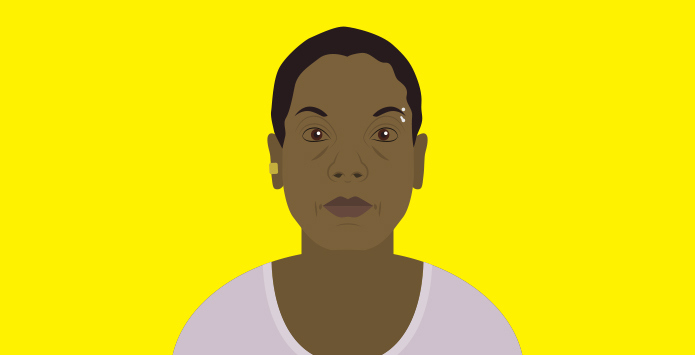 Around 2011, Khirkee, a mixed-income neighbourhood located in South Delhi, began to experience an influx of immigrants from various West African countries. Most moved here for its proximity to the shopping malls across the road, as well as the several private hospitals nearby. Many more arrived to study in the various higher education institutions spread across the city. While not large, the number of Africans living in India is not insignificant. In 2014, it was estimated that 20,000 Nigerians visited India for medical treatment and that 40,000 African immigrants studied and worked in India—spread mostly across big economic hubs like Delhi, Mumbai, and Bangalore.

At the same time, African kitchens—rented homes that doubled up as bars and food “kitchens”—began to pop up, unmarked, and hidden away in Khirkee’s narrow alleyways. Serving beer and the local cuisines of various African countries, the kitchens quickly developed into hubs for immigrants seeking a taste of home in an otherwise unfriendly city. The kitchens became the focus of some suspicion among locals, who would see groups of African men in the company of women, coming and going from what appeared to be regular homes—often drunk and in big groups. Sometimes, late at night, the groups would break into fights, infuriating the locals.

These strains soon led to skirmishes between the immigrants and locals. Some were driven by racist mobs. Tensions came to a boil in early 2014 when a newly elected local politician illegally raided the residencies of some Ugandan women in the neighbourhood. Locals had claimed that the women were prostitutes and drugs dealers.

Khirkee Extension is one of many “unauthorised” neighbourhoods scattered across Delhi. These are neighbourhoods that formed with the illegal occupation of former agricultural land all around the city. Neighbourhoods like Khirkee Extension have continued growing without municipal oversight or legally binding land deeds, as well as somewhat limited access to services. Existing on the edge of legitimacy, they fill the void created by government apathy towards building affordable housing for the city’s working classes. Immigrants from Africa and their counterparts from mostly Muslim countries often experience difficulty in securing rental accommodation in the more formal and middle-class neighbourhoods of the city and so end up here.

As part of my art and urban research practice, I had started photographing life in the kitchens and became close to some of the people that frequented or ran them. I was interested in revealing the normality of what went on in these spaces. When Khoj International Artists Association, an alternative art space based in Khirkee, invited artists to participate in a residency to respond to the historical and contemporary links that persist between India and the African continent, I felt compelled to answer the call.

During the residency, I set out to develop a project that could start to engender some understanding and empathy between locals and the African immigrant community in the neighbourhood.

The project affords residents (both immigrant and native) and their stories visibility and a sense of belonging, if only in their small patch of this enormous metropolis

I wanted to create an artwork that was unintimidating and accessible—a public art intervention with a message—which could reach a far wider audience than a conventional exhibition. In the six-week duration of the residency, we launched Khirkee Voice (Khirkee Awaaz in Hindi), a bilingual, local “newspaper”, co-edited by myself and Mahavir Singh Bisht. While utilising the familiar form and language of daily newspapers, Khirkee Voice sought to actively subvert the negative news on African immigrants by showing instead, the hidden and surprising links between our histories and cultures, through storytelling, art, poetry, photography, and interviews.

A community-driven “newspaper” appealed to many who read a copy at the end of that residency, and Khoj commissioned us to keep it going as a quarterly.

In September 2019, we launched the 10th edition of Khirkee Voice/Khirkee Awaaz. Over the past three years, the project has continued to engage various forms of creative expression to probe complex issues that range from racism to gender, gentrification, migration, mobility, and identity. Our drive is to present them in a manner that establishes the ground for thought and stimulates open discussion.

We have expanded the scope of the project to include various other initiatives. In 2017, we developed a series of interventions titled Khirkee Talk Show. Mounted in collaboration with the Phone Recharge Shop project lead by Swati Janu, Khirkee Talk Show converted an unused street-facing shopfront in Khirkee into a temporary “TV studio” that hosted a live talk show over two days. We invited passersby to engage in freewheeling and public conversations with our African immigrant collaborators. This led to some honest and heartfelt discussions. Since 2018, we have run a workshop series aimed to help people from Khirkee and surrounding communities to develop the skills necessary to make a publication like Khirkee Voice. For the newspaper to have a lasting impact, it will require a group of dedicated individuals from the community to take full control of the project and determine its direction and role in the city.

One of the most rewarding aspects of the project has been observing the pride and joy people get from seeing themselves or their neighbours in print. The project affords residents (both immigrant and native) and their stories visibility and a sense of belonging, if only in their small patch of this enormous metropolis. I am convinced that the arts and creative spaces can play a crucial role in “un-alienating” our collective and individual experience of the city. The continued support from Khoj has been critical. Their unique location in and commitment to Khirkee has allowed us the freedom to experiment.

It’s also enabled us to pilot a variety of interventions as the project grows. Next year, we will be launching a performance adaptation of a play written exclusively for Khirkee Voice by a participant in a workshop we held in 2018. Based on interactions between the author and labourers in the neighbourhood, the play examines the precarious nature of the immigrant experience in Delhi. Another participant from the same workshop, whose family has lived in the Khirkee area for centuries, plans to help us facilitate more Talk Show-like events aimed at building dialogue and understanding between the deeply rooted past and the transient present of the neighbourhood.

Working on Khirkee Voice with the community and other collaborators has been a revelation. Grounded creative practices can have a tremendous influence on the social, cultural, and emotional fabric of the neighbourhoods and communities in which they exist. Art really can build bridges, and reaching out beyond the “normal” audience can reap surprising rewards.

Malini Kochupillai is an artist based in New Delhi