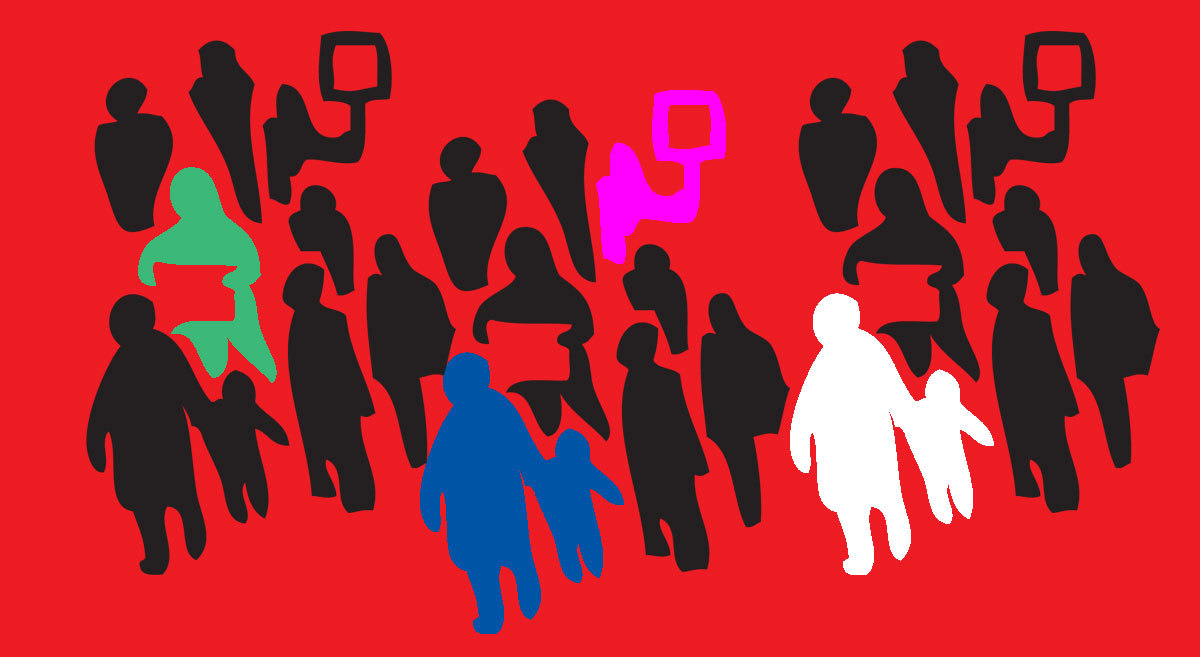 In Cairo, a dilapidated city of 20 million people, public life unfolds in the shaabis, teeming residential neighbourhoods whose dusty, narrow backstreets double as gathering spaces for neighbours exchanging gossip while they borrow a cup of sugar. Here men sit on rickety chairs, sip tea and play backgammon. The April 6 Youth (A6Y), as the young, social media savvy activists who mobilised Egypt’s populace called themselves, understood the public role of shaabis in urban life, and used their keen understanding of the city’s social geography to help bring the masses flooding into Tahrir Square, in a way that was entirely unprecedented.

Studying an aerial map of Cairo, one sees the chaotic spider-web patterns of the shaabis fanning out all over the city. Tahrir Square, by contrast, is a massive wide-open space, ribboned through with traffic-clogged streets—a natural landmark, and the obvious gathering place for popular protest. Precisely because of its centrality and prominence, however, it never fulfilled that role during former president Hosni Mubarak’s rule. Emergency laws forbade public gatherings of more than three, while security forces were vigilant in monitoring political activity, and would normally find out about and stop prospective protests long before anything like a critical mass could build.

The A6Y organisers studied maps of Cairo—and also drew their own—in crafting a plan to use the shaabis to build a critical mass of marchers before the authorities were any the wiser.

On January 25 of this year, however, some 50,000 protesters from across the city converged on Tahrir Square, overwhelming police with their sheer numbers, and, within a couple of weeks, toppling the regime and rewriting history. Whereas January 25 protests planned for previous years, to mark the annual National Police Day, had always fizzled out, this one snowballed. What had changed? In the wake of the Egyptian revolution, urban planners have been considering urban geography as a factor in the making of revolutions. Crucial as it may have been for protesters to have a central, prominent space like Tahrir Square to amass, it was in the shaabis that they built up that necessary support. The A6Y organisers studied maps of Cairo—and also drew their own—in crafting a plan to use the shaabis to build a critical mass of marchers before the authorities were any the wiser. Journalist and author David Wolman recently investigated their tactics (see his reportage feature ‘The Instigators’). Using phone lines and Facebook sites they knew were rigged and tapped, organisers publicised a plan to gather for a protest at a prominent mosque some distance west, across the May 15 Bridge from Tahrir Square.

“This is a story that was—and is—anchored in geography,” says Wolman. As that location crawled with plainclothes policemen on the afternoon of January 25, the organisers had in fact fanned out across the shaabis of an adjacent working-class neighbourhood. Walking through the vibrant labyrinths and backstreets, they chanted slogans like “Long live Egypt” and “Bread, Freedom, Human Dignity,” and appealed to inhabitants to join their march. By the time these groups all converged at the mosque, their numbers totalled some 7,000, far too large for police to disperse. From all directions, vast seas of humanity descended on Tahrir Square.

Once people finally took to the streets, something changed in Cairo’s public life. January 25 brought about a new political era, one in which people have begun expressing themselves politically in public, says Mohamed ElShahed, a doctoral candidate from New York University currently working on his dissertation on architecture and urban planning in mid-twentieth-century Cairo. Now, people are gathering in Tahrir Square and other public locations to openly vent their political views.

“People are much more politically explicit in public spaces,” says ElShahed. “A lot of political diversity has come out of this. Before, you never would have seen Islamists being so public about their views, or liberals being so forward with their views. You have people who were not political six months ago, but are now interested to learn about all of these things in public space.”

Megan Lindow is a Cape Town based writer, researcher and editor