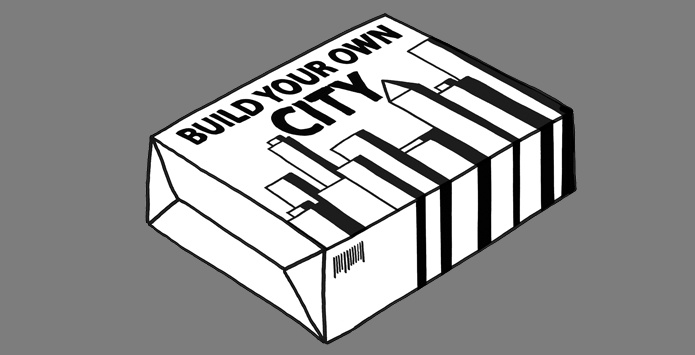 Planners and architects seem to have a habit of colluding with developers and politicians to make every city look like every other city. writes Robert Neuwirth

It finally happened this year. The largest French-speaking city is now in Africa. Kinshasa’s metropolitan area has nipped Paris. The capital of the Democratic Republic of Congo (DRC) has 11.5 million regional inhabitants versus 10.8 million for la ville lumière. Kinshasa is also far denser: its residents are squeezed into 583 km2 while metropolitan Paris sprawls over four times as much land. So it’s perhaps understandable that Kinois politicians are now thinking big. The DRC government has inked a $15 million contract to create a new master plan for the former colonial city of Léopoldville. The company hired to sketch this brave new Kinshasa: Surbana, a planning agency affiliated with the authoritarian government of Singapore.

Surbana is no stranger to Africa. Indeed, over the past decade, it has become the go-to planner for cities throughout Africa. With plans completed or in the works for nine African capitals—including high-rises for Kigali, massive apartment blocks for Luanda and malls for Bujumbura—Surbana is likely to be one of the dominant forces in African urbanism through the coming decades.

Which brings up a series of uncomfortable issues for urbanists throughout the continent. Are master plans even relevant, given that so many people in African cities don’t have access to basic infrastructure, like potable water (even a river city like Kinshasa can’t supply its residents) or decent roads (by one count, only 10% of the streets in Kinshasa are paved) or electricity (Kinshasa residents are said to get only half the minimum service they need). Given this, should Africa be importing fancy development models from the rest of the world? Or should African cities instead be focusing on providing infrastructure and, as they improve themselves neighbourhood-by-neighbourhood, defining their own home-grown sense of what it means to be urban?

Surbana’s leaders suggest that they are bringing Singapore-style expertise to development plans for Africa. Some African politicians, like former Lagos governor Babatunde Fashola, have suggested that that’s just what they want. Singapore leapfrogged from an overgrown village to a fully-wired, hyper-urban metropolis in less than a generation. Many cities in Africa would love to learn that trick.

Singapore, of course, is a global financial hub, a city-state governed under a kind of benevolent electoral dictatorship. In this Asian autarchy, rules are important, and things like selling chewing gum and jaywalking are not just violations of decorum but are considered crimes. At the same time, the government has invested heavily in infrastructure and housing, and enforces rules regarding ethnic and religious integration.

Surbana emerged as the planning management arm of Singapore’s Housing and Development Board. Privatised in 2003, it remained wholly owned by the government until 2011. Today, the government continues to control 60% of Surbana through Temasek Holdings, Singapore’s sovereign investment company. Ho Ching, the CEO of Temasek, is married to Lee Hsien Loong, Singapore’s current prime minister, who is the son of Lee Kuan Yew, the country’s founding prime minister. (I attempted to interview Louis Tay, Surbana’s managing director for Africa. He refused to discuss any of the firm’s plans with me, insisting I send a formal letter to the company for its review. Further attempts at communication were unsuccessful.)

Of course, this is not the first time Kinshasa—or any large African city—has looked abroad for help in developing and planning. As almost all of these cities did time as colonial-era capitals, they are, in themselves, hybrids. And this hybridity has marked their development. La Cité du Fleuve (The City of the River) is a real estate project currently underway in Kinshasa that has claimed a marsh at the edge of the city for new development. The plan includes skyscrapers and western-style mixed-use apartments with a reflecting pool at their centre. It also requires evicting lots of people who migrated to the city and for generations have lived in hovels along the dirt roads of nearby Cité du Pêcheur (Fisherman’s City), which doubles as the city’s garbage dump.

In Lagos, Nigeria—a city of 13 million whose master plan, officials have said, took its inspiration from Shanghai—the Eko Atlantic project is being built on land it claims has been “reclaimed” from the Atlantic Ocean. This multi-billion-dollar deal seems to have grabbed from both east and west. As a waterfront development it is in keeping with the spirit of Shanghai’s fanciful high-rise Pudong district while its marketing campaign—“The best real estate in West Africa” is one of its slogans—would seem right at home in New York. Nearby residents have told a different story, claiming the development, which is still in construction, has privatised a historic beach and sent thousands of gallons of seawater into their homes.

In a recent article on CNN’s website, Gbenga Oduntan, a senior lecturer in international commercial law at the University of Kent, UK, argued that the Eko Atlantic plan was not radical enough. He believes the development should become a start-up or charter city: a privately-managed and privately-governed metropolis within the metropolis, thus prised from the grasp of pay-to-play politics and corruption. This, he averred, would set it up as “a petri dish to run a very new kind of African city”. Lagos, he wrote, “deserves its dream El Dorado”. Maybe so. But that golden reverie ignores the reality that places like Eko Atlantic and La Cité du Fleuve are not designed to cater to the bulk of their cities’ residents. In fact, if they are incorporated as autonomous governmental districts, they may not provide any benefits at all to the cities from which they have already taken so much.

A few years back, I spoke to a bunch of Nigerian architects who practiced in the west and were bringing their skills back to Africa. Though they were skeptical of the desire to mimic cities of the east or the west, they also acknowledged that spontaneous patterns that had developed over the years were hard to square with the generally accepted vocabulary of planning and development.

Papa Omotayo, a director of O+O Architecture and Design, based in Lagos and London, and a member of the British architectural collective Bukka, suggested that modelling African cities on pre-existing models from the west and east was misguided. “People are looking at things in other parts of the world and just plopping them down here with complete disregard for the urban fabric and how the city is developing,” Omotayo told me. Nonetheless he couldn’t envision giving over any city to its traditional forms of development: “It’s too easy to look at the chaos and see it as a random order of beauty.” He was willing for the city of the future to accommodate street entrepreneurs, but only in “niches, little nooks and crannies” where “people are given a choice of whether to seek out the informal or not.”

Planners and architects seem to have a nasty little habit: they collude with developers and politicians to make every city look like every other city. The pressure to rationalize the often irrational ways in which African cities have developed is built into their DNA. “It makes so much planning sense to move the markets out of Lagos to the fringe of the city,” Tuoyo Jemerigbe, a director of architectural practice Brown InQ Creative Design Solutions and formerly with James Cubitt Architects, once told me. He paused afterwards, as if he was trying to visualize his city without so many of those open-air activities that have come to define it and give it its unique and sometimes frenzied energy. And then he admitted he was stumped: “I don’t know what Lagos would be without them.”

We spoke before big projects like Eko Atlantic or La Cité du Fleuve and the Kinshasa master plan had emerged. But Jemerigbe’s comment is even more apt today. All who care about Africa’s urban future, whether outsiders like Surbana or home-grown activists and urbanists, will have to consider this question of identity.

Robert Neuwirth is a journalist and the author of two books, Shadow Cities (2004) and Stealth of Nations (2012)