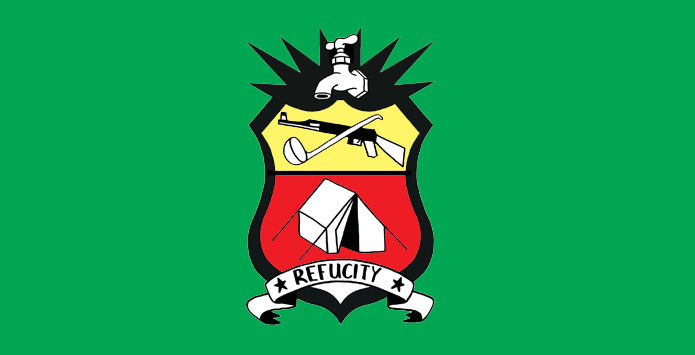 There are 60 million conflict refugees worldwide. Uncounted numbers of people are fleeing poverty and the effects of climate change every day. The world is literally on the move, with 40 000 new refugees being added to existing statistics daily. Four out of every five persons identified as a refugee lives outside designated settlements, either because they are unable or unwilling to join “refugee camps”. Refugee settlements are typically allocated by governments and are often situated in remote and hostile environments. They are usually managed by the United Nations or a non-governmental organization together with the security forces of a host country. They are considered temporary holding spaces for people seen as a burden and so destitute that they will require free assistance until they leave and, ideally, return home.

Over 20 million people are accommodated in refugee settlements, mostly in tents, containers or simple huts. The typical occupancy of a refugee settlement lasts 17 years and is growing as it takes longer to find solutions to the causes of displacement. At least one generation will grow up in a camp, which is reason enough to invest in the people who inhabit these settlements.

This is a call to move away from looking at refugee agglomerations like Kakuma and Dadaab in Kenya or Zaatari in Jordan as places of doom and gloom. We must move from describing their populations as “beneficiaries” or “victims”, and instead view them as “citizens”—admittedly temporary citizens—capable of taking advantage of their situation. Exile can unlock human capital. It has the potential to be an incubator for development and innovation. Very often women and girls directly benefit from a different social contract in refugee settlements and have better access to opportunities. This should be the departure point in thinking about these settlements. Inhabitants can access better healthcare and education, and they can socially interact more freely. Youths should also be able to gain knowledge and access to governance, technology and modern life concepts. A vision of creating ecologically, socially and economically sustainable systems should also guide the interventions of local and international institutions when dealing with these new urban centres and their inhabitants.

“Refucities” can and must become places of opportunity, progress and change. They must become catalysts for social and economic growth—even in the middle of the desert—and serve all populations. Camps in the Western Sahara as well as those in Kenya are examples for extraordinary transformation and incubation in hostile environments. Zaatari in Jordan, which is home to many displaced Syrians, has developed into one of the fastest-growing markets in the Middle East. Refugee camps in Pakistan, and even many of the Palestinian camps, have become urban centres instead of remaining tented camps. The fact that thousands of human beings live on a limited space gives such settlements an urban identity, whether it is politically desired or not.

Wikipedia offers a useful open-source definition of cities, stating that they generally have “complex systems for sanitation, utilities, land usage, housing and transportation”. This concentration of development facilitates interaction between people and businesses, “benefiting both parties in the process, but it also presents challenges to managing urban growth”. What this means is that the right expertise must be available to accompany the transformation from a tented “camp” to a city. The need is simple: to integrate a refugee settlement into its environment. It cannot remain an island with parallel rules. Humanitarians are like first responders: they save lives and help to fix a crisis. But they also need to recognise the limitations of their skillset and hand over refugee settlements to city managers, experts in municipal services, economists and social designers. They need to accept that there will be differences, and that not everyone will have exactly the same level of wealth and assistance as is the core concept of humanitarian emergency intervention. Fast-track city development teams should take charge of these settlements, not a camp coordinators employed by the UNHCR or other agencies. Settlements need to attract entrepreneurs and investors. There should be incentives for such investments and local business creation. Training and educational programmes must help to sharpen the skills of the inhabitants and there should be an emphasis on establishing institutional capabilities.

Governance systems in refugee settlements should reflect national structures. Ownership and participation by resident populations and local governments should be a priority: utilities should be linked up with local provider systems so that inhabitants can evolve to become customers and tax payers. Civil society institutions must be nurtured to eventually take over from NGO projects.

Accountability for usage of public systems is essential and must be built into the planning of these settlements. The idea of free basic services for refugees should be removed. This simply means applying the same concepts and sets of responsibilities applied to those living outside refucities, who pay for water, electricity, transport and food. It puts the inhabitants on an equal footing with local populations and reduces tensions: the aim is to create accountability and reduce dependency. The need for a strong social welfare system remains. An important task during the transformation of refugee settlements remains the duty of financially supporting the jobless and socially weak as an economy is established.

A functioning refucity can become an incubator for development, innovation and growth. This is not a utopian ideal. Making it happen will however require bold moves by all. We need to capture the knowhow, best practice and optimal technologies, not only when it comes to urban design and planning but also technology providers, investors and academia. We need to prepare the modules and partners for such an integrated venture and have the necessary resources available when and where needed. Governments, by which I mean refugee host states and their international partners, have to agree to back up the investments which will create employment and build an economy able to sustain the large movement of people in parts of Africa and the Middle East. Politicians need to agree to hand over authority for fast-track urban developments to a strong team capable of planning and overseeing the quick implementation of refucities.

This process will need to move faster than is currently happening. Building a functioning city in months rather than years needs leadership and management. It also requires aid agencies to accept the transition and handover of management responsibilities to professional developers once it is clear that a crisis is not going to end soon. Developing strong, resilient and sustainable refucities can and will benefit all populations.