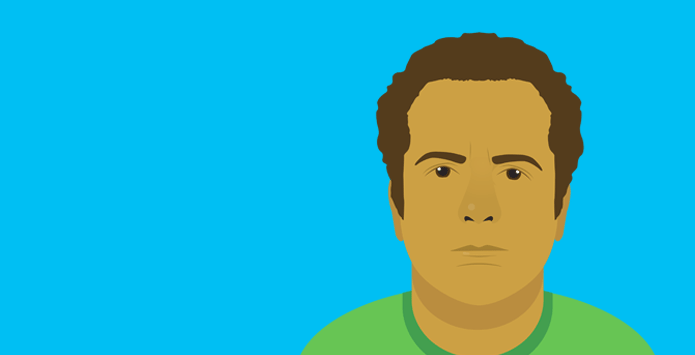 Regular like clockwork, controversy around the political meanings of a piece of art enlivened online commentary in South Africa in October when hip hop group Dookoom released the video for a new song, ‘Larney Jou Poes’. The song, which addresses a boss (the word “larney” describes a well-off social class and does not necessarily connote race), is best described as an angry protest song expressing the frustrations of farmworkers in especially the Western Cape. Predictably, AfriForum, an NGO that describes itself as an “Afrikaner interest organisation and civil rights watchdog”, filed a complaint with the Human Rights Commission, hoping to have the song declared hate speech. In 2011 it successfully challenged Julius Malema’s right to chant “kill the farmer kill the Boer” at political rallies in the Equality Court.

Just as predictable as AfriForum’s outrage, champions of free speech and freedom of (artistic) expression rose to the bait and derided the organisation’s claims. No difficult task, as AfriForum can be said to be on the wrong side of history. A report on the AfriForum website expresses its concerns about a song that describes white farmers using the “most insulting words in the Afrikaans language” and that might encourage burning down farms. This is a silly misreading of the song. There is a more disturbing centre of gravity to this song, which AfriForum misses through prudish disavowal and through a literalist approach to art.

The opening of the song does invite the listener to a burning: “Farmer Abrahams had many farms, many farms had farmer Abrahams,” raps lead singer Isaac Mutant. “I work one of them, and so would you, so let’s go burn them down.” Then follow references—sung in Afrikaans—to the plight of farmworkers, mainly in figurative, sometimes biblical, language: “Ek slaan my oë op na die hemel – dis skemer; die varke vreet my op want ek meng my met semels.” (These lyrics, which translate as “I raise my eyes to the heavens—it’s dusk; the pigs eat me because I’ve mixed with bran”, play on an Afrikaans idiomatic expression Meng jou met semels dan vreet die varke jou op, which is the figurative equivalent of the English idiom, Lie down with dogs, you get up with fleas). Further lines refer to Afrikaans TV children’s programming of the past (“Eendag was daar ...”—a children’s ‘rise of civilization’ show dubbed from French).

The music video includes shots of a group of workers gathering, riding on a tractor, falling off it, drinking papsak (cheap box wine), and so on. Despite the hardcore sound of the music and angry tone of the lyrics in general, there’s a sense of the carnivalesque in the video: workers bopping around, some trying to hit a golf ball, a cow urinating, a tractor branded, wryly, as “Kulid” (a phonetic transcription of the word “Coloured”, an apartheid racial designation). There are also shots of hay being piled up, burning tyres rolling towards it, and a large fire burning at night. When the next morning the farmer strolls out into his fields, though, the only sign of fire is “MOOKOOD” burnt (branded) onto a hill. The upshot of all the burning is the (re-)branding of the landscape.

So, before one gets to any legal arguments about freedom of expression and hate speech, a cursory consideration of the video reveals it to be multi-layered, perhaps even self-mocking at times. It plays with history (“Jan van Riebeeck was the fucking Ernie Lastig of his day”, a reference to the Dutch administrator who colonised South Africa and former gang boss Ernie “Lastig” Solomons), draws on traditions of protest music (Public Enemy gets a nod) and ultimately transmutes the call to action into issues of naming. There’s the “Kulid” tractor, a cow is branded YMCMB (a US urban brand popular in SA), and lines reclaiming “Bushman” and “bandit” from their pejorative meanings.

This is no different from the long tradition of self-reference in rap and hip hop culture: you stake your claim by stamping your name. And, as much as the song is a (legitimate) expression of anger, it also forms part of an age-old contestation over meaning in South Africa—over ownership and naming of land and landscape (as the controversy over the renaming of a landmark restaurant in the Company’s Garden in Cape Town’s CBD to Haarlem & Hope revealed), and over the continuity of oppression running from colonial times through apartheid into our present. The multiple meanings of Dookoom’s song, which are not at all exhausted in my reading, should thus alert us, also, to its metaphoric richness. Literalists beware.

This is not to shy away from the anger in the song and its call to action, most palpable in the music video’s scenes of (reportedly actual) farmworkers exclaiming “Larney jou poes” direct to camera. In these shots, a few farmworkers for once come upright; it is hard not to feel and believe the anger. Most uneducated and barely literate farmworkers do not have easy access to media and other forums where the middle classes can hear their voices unmediated by policy documents, NGO statistics and opportunist trade unionists. But, rather than exploit and mediate this anger—rather than turn it, in other words, into the grist of the artist’s mill—‘Larney Jou Poes’ seems to have freed up a moment of truth for voices we like to think do not exist, for voices often through circumstances cowed into submission.

Visit any small town neighbouring Cape Town—Ceres, Piketberg, De Doorns, Grabouw—and you can read this submission in people’s body language, a cap-in-hand hunch to the shoulders. But here for a few seconds, we see the farmworker’s body upright and defiant. This is the video’s centre of gravity and its main symbolic power: this defiance is possible. And the shots of these workers exclaiming to camera are inter-cut with similar shots of a young boy, insinuating him as witness and heir of that defiance, even if that defiance is momentary. Will South Africa listen? *

Rustum Kozain is a poet and writer living in Cape Town. His most recent collection Groundwork (2012) was awarded the 2014 Olive Schreiner Prize for Poetry and 2013 Herman Charles Bosman Prize for English