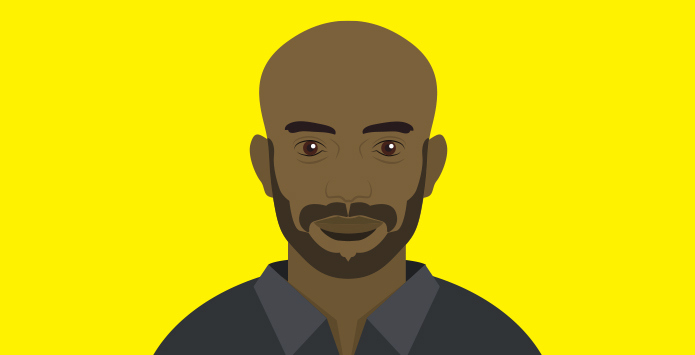 Until I graduated from high school, my engagement with downtown Atlanta was limited to weekend visits with family members. We would often pull into a parking deck, greet the Ethiopian parking attendant in Amharic and walk through tourist traps that simulated a “real city” elsewhere. It was an opportunity to see people beyond the limited view through the front window of my aunt’s house, in a suburban cul-de-sac neighbourhood where I would watch other, mostly white, suburbanites tending their lawns on weekends, waiting for their children to board the school bus in the morning, or pulling into the driveway and quickly moving through their front doors in the evening.

Those weekend trips were typically punctuated by pit stops in another suburb close to the city, where a strip mall had been saturated by Ethiopian businesses—coffee shops, restaurants, bars and nightclubs.

This would be our lunch destination on the way to the city or a place to get desserts and coffees on the way back. These strip malls provide microcosms of hybridised Ethiopian culture: nightclub promoters smoking hookah and patiently waiting for the sun to disappear, young professionals drinking Turkish tea to recover from the hangovers and heartbreaks of the previous night, and families—like mine—briefly escaping the banality of their suburban enclaves.

The suburban house, with its promises of safety and exceptional public schools, converts the labour of African immigrants into a material form of participation in The American Dream™. Until these immigrants encounter what [African American studies academic] Eddie Glaude Jr. calls the “value gap”. My uncle’s family moved from Boston to the suburbs of Atlanta a decade and a half before my arrival—a move facilitated by the Fair Housing Act of 1968. This provided a threshold for the relatives who were incrementally making the financial and mental transition from the bustling capital of Ethiopia to a quiet subdivision of gables, televisions and manicured lawns.

People form habits to cope with the isolation. Monthly gatherings to share food made with ingredients from the motherland, addiction to American professional sports, and Sunday visits to Kidist Mariam (an Ethiopian Orthodox church in an eastern suburb called Lithonia) soothe the emptiness caused by the decision to leave so much behind: the warmth of casual encounters with neighbours on the streets of Addis Ababa, the prayer calls from the churches and mosques dispersed across the city, morning debates in the blue taxis and mini-vans, and festive holidays when streets are packed with black bodies dressed in all white.

The defensiveness we feel when watching non-African, African experts on television is balanced by the rare excitement of seeing real Africans in the suburbs of Atlanta

The most common way to cope with this sense of displacement is to maintain a promise of eventual return. This evacuation plan typically requires investments in one of the luxury condos that are being built in Addis. Or developing quick schemes for a small addition to my parents’ compound, investing in Ethiopian tech startups or merely doing the math: “What can I buy in Addis for the price of my suburban house in Georgia?”

This mental leap allows me to toggle back and forth from the hatred and racism experienced in the US to the smile on my mother’s face across the Atlantic. It has proven to be the most potent way to survive the decay and collapse of the American empire. The sting of anger one feels when seeing the Trump/Pence bumper sticker on yet another pickup truck on the highway, the twitch when listening to colleagues talk about “inclusion” as a branding strategy, or the pain in witnessing another architecture panel about novel shapes and pastel gradients, warrants frequent but momentary escapes to the mountains in the Horn of Africa.

Atlanta has the aura of a place where successful Black people live and raise their families. This lingering image makes it an appealing destination for the global African diaspora. The city’s rich history of Black resistance and popular culture makes it the type of place where children of immigrants feel at home, while their parents might not.

My nephews, like other first-generation African Americans in my family, maintain a digital relationship with both Addis and Atlanta, negotiating the archaic sensibility of their parents with the irreverence of their Instagram feeds. Moving to a northern suburb of the city as a teenager forced me to reckon with the racialisation of my own body. Faced with an overwhelming concept called Whiteness™, I began to understand that I had been marked as a Black Boy™. Up to this point, it had been an identity that seemed so distant, a notion I encountered when watching American movies from the comfort of my parent’s couch in Addis Ababa. Suddenly, I began to register how casual decisions to use certain words in my daily vocabulary, the inseam of my jeans, and the cubic zirconia in my ears made me unapologetically Black. I had to escape the dangerous potential of Not Being Black Enough™. Needless to say, this potential is never present during routine traffic stops or faculty meetings, where I am the only one.

Those of us who are part of the diaspora are simultaneously moving through multiple cities. We use the memories of our first city to process the difficulties of our present. The defensiveness we feel when watching non-African, African experts on television is balanced by the rare excitement of seeing real Africans in the suburbs of Atlanta. This frames our ability to dwell within the cloud of being home but not at home.

Emanuel Admassu is an architect, researcher and educator based in Rhode Island