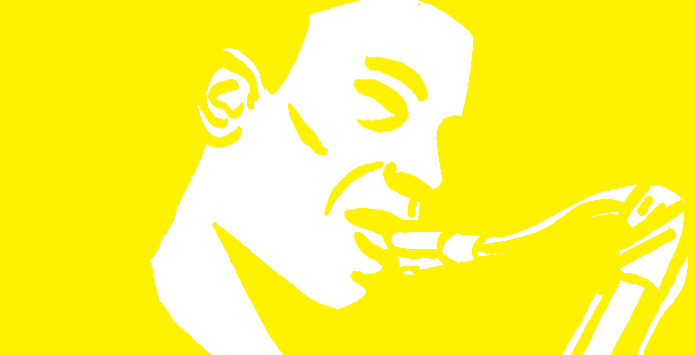 Learning to be fearless

Urban studies involves the continuous search for the intersecting points between diagnosis, analysis, critique and proposition

Renowned jazz maestro, Terence Blanchard, was one of the headline acts at the recent Joy of Jazz festival mounted by the City of Johannesburg. In a radio interview with him about his time in the city, the New Orleans born jazz trumpeter and composer made a number of prescient points that deserve further reflection by urbanists. Blanchard recalled his conversation with jazz students in Soweto in which he encouraged them to be fearless in their art. This capacity stems not only from a deep immersion into the foundations of jazz, knowing the canonical songbook—Coltraine, Davis, Ellington, Monk, Gillespie, Ebrahim, Jamal, Parker, etcetera—but also being able to transcend it.

This, he insists, is only possible when artists bring their own roots (or contextually specific reference points) into the compositional equation. Blanchard further intimated that the world is not looking for South African jazz musicians that can emulate the best of the best, but musicians who can offer an interpretation of this place through a unique recombination of the (South) African canon and global inheritance, but with a forward-looking stance that projects singular visions and authenticity. And doing this in face of fads, fashions and star-cultures demands being fearless.

I was profoundly struck and moved by the purity of this artistic sensibility and what it might teach one about what our cities need. For, in my mind, urbanists with an abiding interest in cityness and urban transformation must adopt a creative disposition—the continuous search for the intersecting points between diagnosis, analysis, critique and proposition. However, in our era of consultancy-driven urban policy discourses, globalised policy forums where the great and good rub shoulders and slap each other on the back, and a penchant for single-source solutions like the “smart city”, being fearless in critique and proposition seems depressingly absent. As a scholar and teacher, it is important to reflect on what we are failing to do to nurture a cohort of astute and fearless urbanists.

I’ve encapsulated the scope of this reflection in a series of questions:

1. Is it possible to re-imagine the pedagogy of bringing urbanists into the world? Leaning on the outlook of Blanchard, what would it mean to embed urbanists in the canon?

2. How should we be thinking what the canon is and how can it be taught and represented in ways that honour the impressive insights and passion of nineteenth century scholars, whilst at the same rendering their perspectives as culturally specific, place-bound and inflected by the generalised colonial biases of the time?

3. What would we (in the global south) stack up against that reading of the canon as representative of a subaltern canon of the same time and earlier?

4. How would one frame the subaltern canon as also limited and historically contingent, but in a sense also fearless for its refusal to be seduced by the universalism of the traditional western canon?

5. Is it possible to play around with epistemic temporalities and use these binaries as ways of constructing metaphors for contemporary epistemic battles and biases? How does one move between the conceptual architecture of the various canons and their practice implications, i.e. spatial effects?

6. How can that movement between thought and practice be used as a crowbar to break open the black box of contemporary urban infrastructural and land-use systems, policy machines, fiscal regimes and political dispensations?

And lets assume it is possible to create a milieu within which this grounding can be transmitted, how does one incite a sense of autonomous interpretation, criticality and proposition on the basis of the humility that must arise when the canon is dissected, reflected upon and I suppose, hopefully, subverted and redeployed for contemporary and future purposes?

This brings me to another seam of questions about the embodied and skilled dimensions of learning (and remaking) the city. What is the urbanists’ equivalent of learning the craft of playing an instrument until your muscles ache? It is profoundly ironic that one can become a leading interpreter of cities and simply float above it all; stand at a distance and “read” patterns and flows and come to comprehensive conclusions about what is going on.

Surely, the critical capacities that must accompany the enterprise of studying, understanding and acting on the city must demand a degree of entanglement with the stubborn indifference of the city? It must require a portfolio of failures and mistakes as one attempts to change whatever urban dynamic, only to be found wanting and outmanoeuvred. It is this repetitive and frustrating process of repeat failures that offer up the most learning, and which, I would insist, provide the most fertile ground for producing endogenous theory and interpretations of place.

However, the urban academy remains deeply divided between those who devise theory and interpretation, and those who “practice”. This absurd and fallacious divide will have to be shattered in order to create the collective spaces of learning, contestation and experimentation that can engender a capacity for being fearless. And I have no doubt, the multi-layered and elegant riffs of maestro Blanchard and his protégées will be the soundtrack in these studios dedicated to arts of critique and proposition and resigned to the beauty of mistakes.

May the music always flow freely…