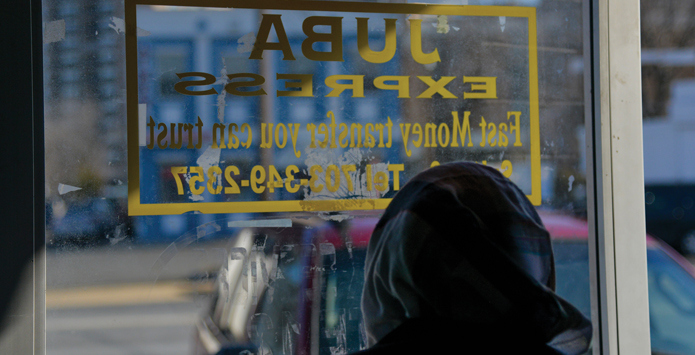 For the first time in recorded history, remittances have become the largest source of direct foreign investment in the developing world

Everyone knows how it is: he who has the gold makes the rules. Money breeds more money, and having it is power.

People cling to these clichés because they help to explain everything terrible in the world. They provide a natural “explanation” for the resource curse and outrageous corporate tax deals. They explain the enduring vestiges of empire that enable former colonial powers like France to have what seems like an everlasting influence on its former vassals across Africa, Asia and the Caribbean. This helps us make sense of the enduring economic power of the white minority in South Africa, and insidious white privilege in the United States and across Europe. The clichés also rationalise China’s supremacy as a trading partner. All these ideas are based on perceptions of who holds the wealth.

Now there’s a challenge to these maxims, and it comes from an unusual place—the global diaspora.

This year, for the first time since economists started keeping data, remittances—money that refugees, political and economic migrants and other displaced peoples who have migrated abroad, send back to their home countries—will account for more money going into developing world countries than either foreign direct investment or development aid. The staggering amount exceeds $550bn in total, according to the World Bank.

However, this number only includes the remittances we know about—those sent through banks, traditional transfer firms like Western Union and MoneyGram, or digital startups like WorldRemit and others. It excludes the unknown number of cash-filled envelopes people smuggle across borders, the multiple Islamic hawala transactions and below-the-radar transfers that go on almost everywhere, as well as the in-kind donations made with products, not money.

A recent study by FinMark Trust, a South African non-governmental organisation dedicated to financial inclusion, suggests that informal transactions may account for a considerable share of remittances, particularly in insecure and conflict zones. For instance, more than 80% of the remittances sent to the Democratic Republic of the Congo are undocumented transfers, FinMark’s data shows.

In a way, the fact that remittances will, for the first time, be the most critical source of money from abroad for people in the developing world is a triumph of ordinary people, those who never dreamed they could hold any real power. But this power brings with it some unexpected concerns.

“There’s a political impact of remittances,” says Chipo Dendere, Assistant Professor of Political Science in the Africana Studies Department at Wellesley College. “Remittances are providing a lifeline to authoritarian countries. Because the governments are so crappy, there is this focus on individual development—and remittances have tended to be very, very personal.” The net effect: remittances support individual family members, but that very help tends to sustain political repression.

At one point during the height of problems in her home country, Zimbabwe, Dendere publicly suggested that people in the diaspora consider holding a one-week remittance strike—a gesture that, though it could create some short-term individual hardship, would also help cripple the regime. The response from some of her countrymen, she recounts, was overwhelmingly negative. She was forced to take her post off the internet. “You want me to kill my parents,” she recalls one person responding.

Remittances are providing a lifeline to authoritarian countries: Chipo Dendere

Dendere also notes that the usefulness of remittances has been hit hard by inflation. “It used to be that I could send a couple of thousand dollars, and people could start to build a house or buy a car,” she says. That’s not possible anymore. As costs rise, remittances become more about survival than sustainability.

When Lemma Senbet, Professor of Finance at the University of Maryland, left Ethiopia for the US more than four decades back, Haile Selassie was still emperor. Because of the political situation in the country, Senbet didn’t return to Ethiopia for 17 years. Nonetheless, he continued to send money to his region and family as a private gesture of support and connection. “Remittances tend to be disparate,” he says, “There’s no synergy, nothing that creates collaboration.”

Now, he’s part of an effort to change that.

Just three months after he took office, Ethiopian Prime Minister Abiy Ahmed issued a challenge to the migrants who had fled the country and moved to the West. Abiy (who would go on to win the 2019 Nobel peace prize) was not well-known in the diaspora. He had stealthily worked his way up the ranks of the Ethiopian People’s Revolutionary Democratic Front, the four-party coalition that has run the country for decades, but he was not a recognisable face of the ruling clique. When he became prime minister, he challenged his country’s diaspora—Ethiopia is Africa’s second-largest country, and its diaspora is proportionately huge—to bring their money home. “If we could get $1m dollars a day from the estimated 3 million diaspora Ethiopians,” he said in a speech to the House of People’s Representatives in July 2018, “we could generate $30m a month.”

That was the seed of what is now called the Ethiopia Diaspora Trust Fund. The idea, says Senbet, who sits on the Trust’s Advisory Board, is to raise money from Ethiopians all over the world to make donations to worthy programmes. “We don’t invest,” he says. “Our target is inclusivity of growth.”

In its first year, the organisation—incorporated in the US and Ethiopia as a non-profit—has raised $5m from more than 25,000 donors in 77 countries. While this is a far cry from the amount that could be raised at a dollar a day from all the Ethiopians living abroad (that would bring in more than 200 times as much), the fund’s organisers pronounce themselves satisfied—though it should be noted that, in the coming year, they are planning to pitch to high net-worth individuals, including non Ethiopians, to make donations to the fund.

“If you had asked me four years ago—or even two years ago—to take part in this, I would have said you are crazy,” says Bisrat Aklilu, an independent development advisor who formerly worked for the United Nations (UN). He serves as treasurer and a member of the Advisory Board of the Diaspora Trust. Like many in the diaspora, he was an opponent of the regime that previously ran the country, and he feels lucky to have left the country when he did. “If I had remained there, I am sure I would have been killed,” he says.

Robert Neuwirth is a writer and journalist based in New York