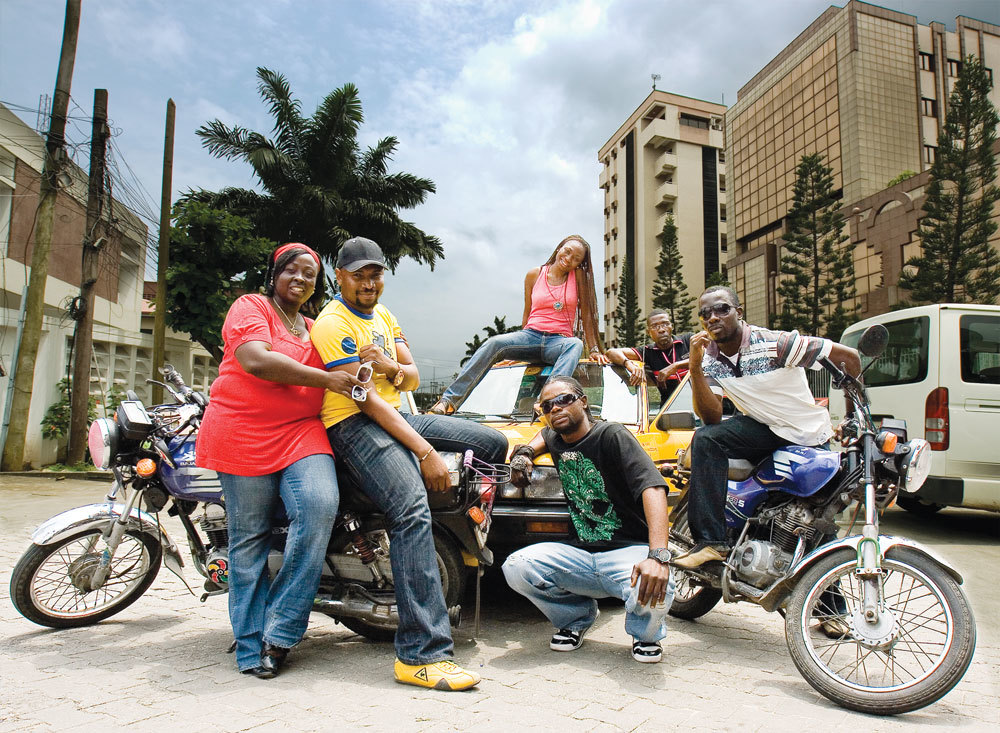 Lagos, with its 15-million inhabitants, is Nigeria’s most populous city, and its commercial hub. Remarking on the pattern of daily life here, George Packer, a New Yorker staff writer, observed: “Its undifferentiated human swarms seem to move with the blind logic of insect colonies.” Many of Lagos’ insects-residents were drawn to its promises of light—streets and creeks shimmering with sweat-free gold.

But that undifferentiated character vanishes as soon as you take a closer look. Lagos is a city of levels. There are the rich, and then the super-rich, both loaded enough to escape from the city for summer holidays, university degrees and medical check-ups in Europe and America. There is a large middle-level who would not call themselves rich, but who are definitely not poor. Let’s call them the average. And then there are the rest, actually the majority of the city’s inhabitants, an estimated 70 per cent, who eke out a distressing existence below the poverty line.

But if you turned on the radio, you’d be hard pressed to find an accurate reflection of the demographics of the city. Foreign-accented presenters are regularly heard on the most popular radio stations in a city where most people do not and will never speak very good English, and certainly do not speak with American accents.

The story changes when you dial into 95.1. Wazobia FM is Nigeria’s only radio station broadcasting exclusively in Nigerian Pidgin English. Launched in October 2008, it is a lifesaver for multitudes in Lagos—and not just those who do not feel at ease speaking English. “It’s Radio the Nigerian way,” the station’s Facebook page declares. A 011 survey crowned it the most popular station in Lagos.

In very few places globally will you find the extremes of poverty and wealth so starkly juxtaposed as in Lagos: hungry street children knock on the tinted windows of gleaming SUVs, corrugated iron shacks lean against the fences of Italian-marbled mansions. In the enduring contest between the haves and have-nots, Wazobia FM, through its linguistic accessibility and irreverent air, allows the poor and marginalised to claim a space that is all their own.

The station delivers content—song and birthday message requests, relationship counselling, quizzes, adverts, music, even news, sometimes to hilarious effect—in a language its audience can understand. Radio is a widely accessible medium in Lagos, available in most of its derelict mini-buses, and on the cheapest of Nokia phones.

Pidgin, with its restless inventiveness and the absence of fixed rules governing usage, is the perfect metaphor for Lagos. It is also a unifying symbol in a land of disparate ethnic and linguistic groups. Lagos, by virtue of its location belongs to the Yoruba-speaking part of Nigeria. But its identity as Nigeria’s mercantile capital means that it is home to large numbers of non-Yoruba speakers, migrants from other parts of Nigeria.

Alaba Electronics Market, touted as the largest in West Africa, is populated by Igbo traders from southeast Nigeria, as are the city’s pharmaceutical and movie (Nollywood) markets. There are also large numbers of northerners, many of them making a living as barbecue-merchants, commercial motorcyclists and night-guards.

Wazobia presenter Steve “Yaw” Onu recently told Lagos newspaper, Business Hallmark, that Pidgin represented the only viable language when speaking to Hausa, Urhobo, Itsekiri, Yoruba or Ibo people. “It is also the language of the common people,” added Onu. “If you even travel to Sierra Leone, Ghana, Gambia or Liberia, anywhere, the Pidgin English is a brand of language that appeals to everyone.” Musician Fela Anikulapo-Kuti knew its power, and sang in Pidgin.

A recent Saturday morning point of discussion on Wazobia asked whether men ought to help their wives out in the kitchen. Guests sent text messages, called in, or left their comments on the stations’ Facebook page. “It’s not bad for man to help his wife for kitchen,” offered a female listener. “It’s a good thing.” Male listeners were more circumspect. “E no dey bad as far say I dey house, I no dey busy, I go help am,” said one. There was, of course, humour too. “I can help my wife,” remarked a male listener, “but if fish miss inside pot, make im no call police.” No surprises there: in lawless Lagos, fear of the police, or any uniformed personnel, is the basis of wisdom *

Tolu Ogunlesi is a Lagos based writer and journalist