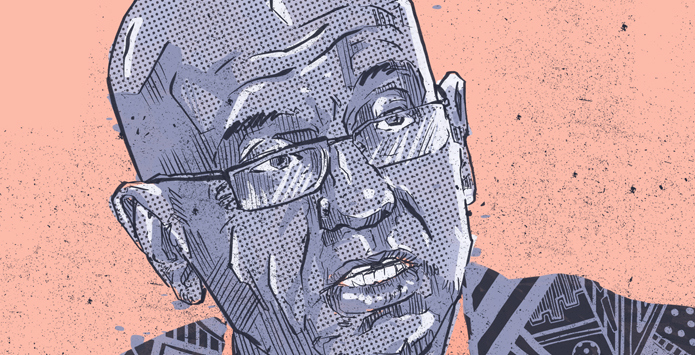 From the inside out

Tau Tavengwa (TT): I wanted to start off in January 2011. It was such a pivotal moment, not only for the city but also for you and the founding of your organisation, Cluster.

Omar Nagati (ON): Yes, 2011 was a critical moment that kind of brought everything together. But I must say that for years before that, I had been interested in the question of public space—the conflicts and contestations around it. My interest goes back to my graduate studies in North America when I tried to understand what public space means in cities like Cairo and others across the region. Places where the city seems to not function according to any real formal regulation. Places where multiple things are happening, all in constant flux and constant negotiation. I had been interested in the question of informal practices from economic, anthropological, and urban historical perspectives for years.

Before the revolution, when I returned to Cairo in around 2006, I joined several firms to work as an architect. It was a time of prosperity in terms of business in Cairo. I was making good money. But I was still, in the back of my mind, concerned and interested in these broader questions.

The idea of what’s since evolved into Cluster was conceived back then, but only on paper. I didn’t know exactly what it was going to be. I wrote some concepts about it being a platform for research, a local counterpart to international scholars, having a resource library, offering seminars et- cetera. It was a bit sketchy in my mind, but I wanted to do something alternative, something that would be more grounded and outside the mainstream. It would allow me and like-minded colleagues to start to engage the city and public space in a more meaningful and socially relevant way.

Cairo, like all other cities in the world and the region, was in a state of flux. A neo-liberal economic paradigm had taken hold. I had a few concerns and constant questions. I wondered what the role of architects and planners could be in this new economic order and how, as professionals, we could make a difference. I was trying to figure out how to come to terms with this future.

This was all percolating before the revolution started.

So, in 2010, I decided to quit and do something else with the money I had made from my work leading up to then. I found a space in Downtown, Cairo and I fell in love with it. I took a few years’ lease and began to refurbish it. I had been frequenting Downtown for ages. My friends and all my favourite hangouts were there. The city’s art scene, activists, and journalists still converge there. I was very familiar with Downtown, so I decided to establish an office there.

ON: The culture and landscape of Downtown are complex. It also, in a way, epitomises the history of the city and the country.

It was very cosmopolitan in the early 20th century. It was exclusive and became an enclave of European culture. After the nationalisation that followed independence in 1922, a lot of minorities who had lived in the area—the Italians, Greeks, Jews and Armenians—started to leave. They were losing the privileges afforded them during the colonial era.

From then, Downtown started to transform into more of a hub for locals. It still remained a place for the intellectuals but lost some of the Europeanness it had had. Around 1970, with more economic transformation, the remaining elites also started to leave. Downtown went through a kind of flight, a process of, let’s say, degentrification where the middle—and upper-middle classes began to move to new, trendy suburbs.

They were replaced by low-income communities, mostly surviving on low-income economic and other activities. What followed was a process of gradual decay and the deterioration of infrastructure because of rent control and other economic forces. If you want to adopt a nostalgic approach, by the end of the 20th century, Downtown was a shadow of its former glory.

But it was also a more democratic space. A cross section of many classes, many activities. You had not only the high-end, independent art scene, but also street vendors, small industries and crafts. There were also some middle-class civil servants. For me, Downtown was one of the most fascinating places in Cairo. It was a place of movie theatres, entertainment, coffee shops, restaurants, bars ... It evolved into one of the most diverse, but also inclusive sites in the city.

A new generation of youngsters started to “rediscover” Downtown at the turn of the millennium. They romanticised the old bars, the vintage hotels and cinemas. A revitalisation movement took place during that period.

This is the setting of what happened in 2011.

Downtown really is the backyard of Tahrir Square, its hinterland. Many of its inhabitants—the activists, artists and journalists—were the vanguard of what happened there. The rehearsals for the 2011 revolution, the smaller protests, were taking place in Downtown in the little alleyways and small squares before the actual revolution. That was the social and geographic setting of Downtown.

Finding an office space as I did was one of those rare moments when you really just are in the right place at the right time.

I had in the back of my mind this idea of starting something. What was certain was that it would be an independent urban platform. So in December 2010, I found this nice studio space and started to refurbish it. A few weeks after I finished my renovations, the whole thing erupted. It was serendipity.

I wondered what the role of architects and planners could be in this new economic order and how, as professionals, we could make a difference. I was trying to figure out how to come to terms with this future

TT: So, you landed in the middle of this melting pot. A place filled with these ideas. Suddenly this urban revolution, as you have referred to it, happens. One of the things that follow Tahrir Square is that there’s a transformation of public spaces across the city, more vendors on the streets, different kinds of graffiti plastered across the walls, and other forms of public expression become more defined. Explain a little bit about that process and how this transformation began to establish itself across the city.

ON: I said that there were activists, students, and artists at the start. They were an initial spark, but the revolution was much bigger than that. They were only the initial trigger. After the first couple of weeks, waves of the urban underclass started to come from the periphery to the city centre to participate, and in the process transformed Tahrir into the images that the world saw.

In the first couple of months, I was like many others. We were all just overwhelmed and, in a way, enthralled. Participation was happening without us even having a moment to reflect. Everything was just happening so fast. There was teargas, there were clashes everywhere. It was urban warfare. There were so many things happening all at once. We were just trying to keep up.

There was this exciting, emerging public sphere. You had masses of people sitting in coffee shops and discussing institutional reforms. It was as if all the literature I had read years before—ideas about change and revolution—was taking place in front of me in real time. It felt like one of those moments that happen once in a lifetime. You got lucky enough to be there and you’re seeing the city and society transformed, and you are part of it. I was overwhelmed by that.

Only about six months or so after the protests, when things started to settle down a little, I had more time to reflect. After being part of the protest every day for months, the question on my mind was: what else could we do? Again, what comes next?

The same question was being faced by filmmakers, photographers, journalists, artists, everybody. Everyone wanted to be part of the change, using their own skills.

I was thinking about how we, as architects and planners, could be part of the change.

That’s when I met Beth (Stryker, cofounder of Cluster). We were introduced over Skype by a mutual friend. She was in New York. I was doing work on Cairo’s passageways, the spaces between, among other things in the studio. We quickly found this common ground. The idea of Cluster wasn’t even on the table yet. We decided to put together a series of proposals, the first of which was to do research on art in public space. At that moment, Cairo was teeming with all these new initiatives. Everybody was interested in the city and its public spaces. There were tons of initiatives and actors. There was also an incredible amount of international support for the emerging democracy.

There were also a lot of funding possibilities. So, Beth and I applied for a number of them. The first grant we were awarded was basically the seed of what is now Cluster. We had several projects in the grant proposal. One was Archiving the City in Flux, the other was Learning from Cairo, and another was a platform called Cairo Urban Initiatives Platform. That proposal was the beginning for us. The funding enabled us to hire a small team.

There was this exciting, emerging public sphere. You had masses of people sitting in coffee shops and discussing institutional reforms

TT: Nine years later, what would you say your office has developed into? What sort of organisation is Cluster? You are involved in a wide range of activities; you are not necessarily an architecture studio, nor are you a planning studio.

ON: We define ourselves as an independent urban design and research platform, but our work goes beyond research and design. We develop programmes that include conferences, web platforms and publications, and we offer training and an internship programme. Overall, action research and design intervention are the thrust of what we do.

In the first couple of years, the only thing we could do was try to make sense, to come to terms with a rapidly changing urban and political landscape. The first idea we had was capturing this moment of flux. A few months post-revolution, the state was very vulnerable and weak, and communities were very empowered. They were emboldened by the revolution and starting to reclaim the neighbourhoods and the streets.

That manifested, as you said earlier, in art and graffiti, but also street vendors “taking over downtown”, as well as in more substantial infrastructure building and construction on state land. We were fascinated by this moment. We realised that this was a fleeting moment and that eventually the state would come back, and some sort of “order” would be restored. So, we wanted to capture the moment. A moment when the state was absent and the formal order was temporarily suspended.

We were interested in understanding how people could govern their own neighbourhoods. Who were the actors? What were their frames of reference, and which tools and methods would they adopt? We were interested in understanding the power they have and how it operated. So we began to measure, using different techniques, the maximised informality emerging in the absence of a formal order.

Cairo is 70% informal, and most African cities are on a similar path. For us to remain relevant, we had to shift gear and be open to change the mindset, in terms of education and practice. We realised that informality is not a marginal phenomenon. It’s the mainstream. It is not a state of exception. If we did not learn to deal with this reality, we’d become irrelevant ourselves.

Tau Tavengwa is the editor and curator of Cityscapes