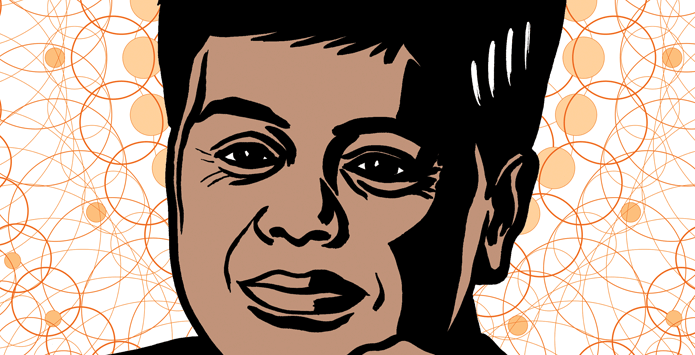 Edgar Pieterse speaks to Aromar Revi, the institute’s future-orientated director, about his revolutionary approach to curriculum and imagining what is possible.

India’s urban population is expected to increase from a little over 375-million in 2011 to about 800-million by the middle of the 21st century. At this future point, urban India will account for more than half of the country’s population. Nearly two-thirds of India’s economic output already comes from urban areas.

The challenge of equipping the country to deal with this pervasive urban future has been taken up by an ambitious independent research institution and prospective national university for innovation, the Indian Institute for Human Settlements. Headed up by Aromar Revi, this fledgling institute aims to create a new profession and new discipline focused on “urban practice” to address the needs of working professionals and younger learners, practitioners and researchers.

Edgar Pieterse: From the vantage point of the African Centre for Cities, and the community of scholars and practitioners in Africa who are all beginning to wake up to the magnitude and implications of the urban transition in Africa, we’ve really been inspired by the scale and ambition of your work. By what it means in the Asian context, and specifically in the South Asian context, but also because you haven’t been overwhelmed by the scale of it. Can you give us some background as to how you stumbled into this field, and how come you’ve ended up leading a systematic educational response to the organisation question? It is probably the largest experiment of its kind in the world?

Aromar Revi: The big challenge has been to transform the discourse from that of a problem into an opportunity, and I think that has happened over the last ten-odd years or so. Many of us have been involved for a quarter century in trying to address this challenge, but we’re just starting to pick up a new momentum. It provides us with a tremendous opportunity of a new trajectory of development, a new way of life, and addressing many challenges—from the lack of water and power to sustainability. But centrally, it is an opportunity for social transformation.

This is something that some of the leaders of India’s Freedom movement from nearly 60 years ago saw—that cities were an opportunity to address questions of social transformation. If cities are going to provide t opportunities for this transformation, then the question is: How can you help educate and train a new generation of change-makers? Things are happening at such a quick pace, and at such a large scale, giving us the opportunity to create the environment to make transformational change happen. But we’re really short on time. It takes a decade or two to build a new educational regime—that means a couple of hundred million new urban residents. To be honest, we should have done what we are doing now over 15 years ago, when India’s economic reforms were just taking root.

EP: Do politicians and policy makers grasp or understand the need for higher education and training?

AR: They are starting to understand that now. A recent report talked about the need to do this at scale, to train not only ‘leaders’, but also a wider range of people. Part of this discourse comes from the fact that we are imagining what it is possible in the future, with the recognition that constraints today are less resources and technology but people and institutions. It’s a contradiction in terms: in a region that has almost 1.5-billion people, the constraint being appropriately educated and trained people. But that’s because of the way our higher educational system has developed or degraded over the last two decades.

EP: I’d like to hear more about how you’re biting into this challenge, and what the pragmatic approach to this is. But, if I can, I want to reflect what you’re saying onto the African context. Our reality is that we have both the human challenge, on the one hand, and then the financing and institutional challenge as well. Obviously one can’t equate Africa with India. We’re not seeing the same levels of growth. There are about a dozen countries with resource portfolios on the continent that are achieving growth, but then there’s still another 40 countries left. I’m trying to think about what the implications could be for how we should be thinking about this challenge in the African context. I’m curious whether you have some thoughts on that too?

AR: I’m not an African specialist but I think a critical opportunity would be a pan-African response, linking up between experiences, ideas and people across different contexts. If you’re able to do that and not become completely constrained by national boundaries, or particular ethnicities, that would be a significant beginning.

I think what you are trying to do here, with the ACC, for example, is a very important step in that direction—educating a cadre of people who can think in wider and deeper terms. If I look back, there was a whole generation of people from a particular university in the Eastern Cape [University of Fort Hare] who transformed this part of Africa.

Contemporary challenges are no less, except that responses may not only come from political leadership. A new generation of change-makers would need to have new technical competencies and the ability to go and actually muck around and work in cities. They may well become future political leaders.

EP: This has been our central learning from the last two years of building up the ACC: the moment is absolutely ripe, if not overripe. What’s been instructive for us as we’ve gone about trying to imagine what a curriculum could look like, one that could really equip these practitioners, is the realisation just how redundant a lot of ‘world class knowledge’ and ‘best practice’ is in our context, especially in a situation where the current pressures are so extreme and unprecedented. Of course, in your case, you’ve actually gone out and you’ve reviewed what the best in the world has to offer, Can you share a few reflections on what that process revealed for you, and how that has informed your thinking?

AR: It’s actually been very interesting for us, because we started with the hypothesis that from our experience much of what we were teaching was less relevant—and then we went out to prove it, formally. We reviewed programmes from across the world, from maybe 60 odd universities, 2,000 courses or so. What we found was startling. The first thing was that even at the best places in the world, the theory was lagging, even innovative practice—it was anywhere between ten to 20 years behind. And we were able to test that, because we had people involved in the process that could speak to that question, in India, in Europe, the United States and China.

The second thing, of course, which we knew beforehand, was that what we are typically teaching in India is about 20 years behind what is already redundant elsewhere. So we were effectively transacting ‘knowledge’ that was 40 years out of date, which had nothing to do with the reality that people are experiencing today.

How can we move teaching and learning out of that trap? The challenge was to reconstruct knowledge that would be relevant for today, knowledge that would be important for practitioners and policymakers. We asked one basic question: What will be relevant in 2030 for the young people today who have the potential to transform the system? We’re therefore teaching for tomorrow, not only for today. There’s almost a three-generation difference between what’s being taught and what needs to be engaged in—that’s been a very interesting shift that we have started to make progress on at the Indian Institute for Human Settlements (IIHS).

EP: I’m curious about that revolutionary approach to thinking about curriculum. What has the response been amongst India’s established system of academics, those people who currently transact and produce urban planners? What and how are you managing those potential tensions?

AR: It’s a mix of things. At the moment we’re going through a process of educational sector reform. At the top end of the system, there’s a degree of openness—there is consensus that we need a dramatic change in our higher education system, if India is to make many of the transitions we talked about. We are teaching stuff that is 30 or 40 years old.

Edgar Pieterse holds the South African Research Chair in Urban Policy at the University of Cape Town and is director of the African Centre for Cities. He is a founder and co-publisher of Cityscapes