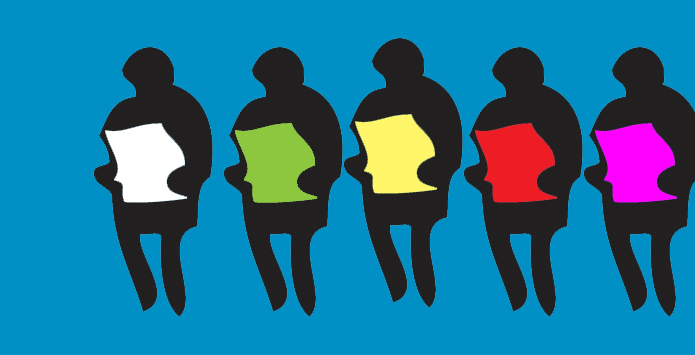 African universities and centres of learning will have to radically rethink their functioning to be relevant and effective in a period of urban change.

Building a funky and rigorous applied research centre around the problematic of African urbanisation is an odd business to be in. I often spend my days in sessions at the African Centre for Cities (ACC) dwelling on statistics, such as the fact that certain African countries don’t have any architecture schools whatsoever, or no basis for teaching design, and even less by way of equipping people to manage and run the unruly spaces we designate as cities. Engineers per 1000 of the population in a suburb of a typical OECD city would be the equivalent of the endowment of an entire country or cluster of states in Africa—and the same deficit applies in other critical fields such as spatial economists, planners, ecologists, and so forth. Thinking through the logical conclusion of what it means to have to contend with twice as many people in African cities in just two decades, when we are already at a loss as to how to respond to the current prevalence of almost 400-million urbanites, is indeed an odd business to be in. Of course, we have a reasonable idea of what policies are required to “fix” slums or tattered economies, but the truth is that the large-scale prevalence of structural economic and settlement informality is testimony of ignorance, or incapacity.

The narrative becomes even more surreal. Not only do we have to figure out how to accommodate, employ and educate these new city dwellers, but somehow African cities have to do all this at a time in history when a number of massive cost adjustments must be taken into account to deal with the long-term consequences of unbridled extractive growth models. Put plainly, African cities are marked by dramatic market and state failures. While this is being addressed, interventions are required to tackle the tightly woven poly-crisis of food, water, energy, ecosystem degradation, employment and safety. Exactly who is meant to lead and propel such interventions is anyone’s guess. This train of thought ineluctably leads to dystopia. Yet, since the bulk of urban growth over the next 40 years will occur in Africa and Asia (2.5-billion people), a different future arguably lies in the actions and practices of those spaces, particularly the diverse and often unruly and

therefore surprisingly adaptive urban conurbations. This self-evident, but still largely under-appreciated fact is the seam of exploration that we are continuously rediscovering as we go about enacting the ACC experiment, with its focus on knowledge production, training and fostering epistemic communities of thought and practice.

Since Latin America has more or less completed its urban transition, it will prove to be a vital laboratory for the choices and prospects of cities in the rest of the global south. Similarly, South-Asia has been much quicker in coming to terms with the implications of the unfolding urban transition, and so equally holds important lessons for what Africa could be doing and should be asking. At this moment there are thousands of researchers, activists, innovators and public policy practitioners taking decisions and making plans to come to terms with unprecedented needs, challenges and opportunities of differential urbanisation patterns across the global south. Their stories are, however, seldom told. Their dreams, visions, ambitions and desires are not considered worthy of attention. In fact, their ideas and sources of inspirations are opaque. This state of ignorance and myopia is incredulous and unacceptable. It is clear that an enormous body of endogenous knowledge must be produced to come terms with the rapidity, scale and ramifications of spatial change across the global south. Universities and other centres of learning will have to radically rethink and remake their functioning to remain relevant and effective. At the same time, it also evident that an army of urban practitioners with integrative skill sets are required to deploy and adapt the new knowledge that our universities must produce. For these actors and institutions to emerge, a uniquely liquid milieu of ideas, provocations and crosscultural learning is required.

Set against these imperatives, CityScapes intends to become a critical resource to foster new knowledge cross-fertilisation, inter institutional learning and cross-context thinking and communities of practice. It will tap into a rich and emergent vein of forward-looking innovation that is always firmly rooted in context, but is also propositional. CityScapes will demonstrate that criticality, proposition, openness, listening, aesthetics, style and contestation are not contradictory stances, but rather vital ingredients for the new metropolitan sensibility that must underpin the second urban transition as Africa and Asia become substantially urban in just two decades.

CityScapes embodies a suitably hybrid identity, being part thinking magazine, part academic journal, and part popular design rag. In this sense, CityScapes is both academic and popular—yet neither. This is the only approach that makes sense when one is forced to continuously oscillate between dystopia (realism rooted in contemporary trend patterns) and hope (the beauty and meaning that flows from thinking freely to bring solutions and answers into the heart of dystopic prospects). It is a high-wire act. Not only is CityScapes a vehicle to embody and promote the intense, indefinable character of complex and dynamic urban scapes across the global south, it is also an epistemic project that will force universities to transform into something less baroque and more relevant to the needs and desires of the contemporary era. CityScapes is therefore, by definition and design , an experiment that will evolve and become imprinted by the various people and institutions that undertake this journey with us.

Professor Edgar Pieterse is Director of the African Centre for Cities. He holds the SARChI Chair in Urban Policy and is co-founder of Cityscapes