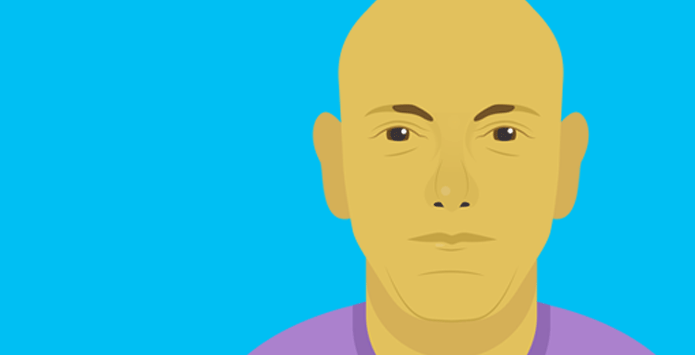 In 2014 Cape Town was awash with yellow branding. Why, and was the euphoria worth it?

It is not singularly the natural geology of Cape Town that is unchanged since Mark Twain arrived in this port city in 1896, on the final leg of a global lecture tour begrudgingly organised to pay off his debtors at home. Writing in his travelogue Following the Equator (1897), Twain’s paragraph-length tour of Cape Town tumbles down from the “majestic pile” that is Table Mountain towards the manmade city below. It is a place characterised by colonial fortifications, political obscurity (“they quarrelled,” he writes of parliamentarians; they still do today) and domestic privilege. White Cape Town, with it “sea-girt drives that wind about the mountains”, is enchanting, a kind of “paradise” as Twain put in lazy journalese.

But Cape Town is also—and here I borrow from another American, Thomas Pynchon, a caustic visionary writing exactly a century after Twain—“a town with a precarious Hold upon the Continent, planted upon another World”. Foreign opinion has long mattered to Capetonians, especially white Capetonians, who Pynchon, in his historical novel Mason & Dixon (1997), paints as a dowdy bunch, “facing an unknown Interior with the sea at their backs”. When, early in 2014, the New York Times voted Cape Town its number one place (out of 52) to go in that year, the city celebrated. It was finally shaking off its dreary image.

For boosters of Cape Town’s tenure as World Design Capital (WDC), a city-branding accolade administered by a Montreal-based advocacy group promoting industrial design, the imperious New York nod served as a pre-emptive vindication of the city’s cool status. But then 2014 actually happened. One awkward moment summed up, at least for me, Cape Town’s misdirected attempt to brand itself as the creative capital of things middle class. In July, a group of design-interested professionals affiliated with the annual Open Design Festival, hosted a press junket. It kicked-off in the Barrack Street HQ of the WDC project team where a man in his mid-thirties, an architect and enthusiastic local champion of design, introduced the day’s programme.

“We want to demystify design,” he nervously offered, reading from a script on his tablet. “We want to make it accessible to the man on the street.” “Okay!” chirped his successor, a young cycling evangelist. After very broadly making a pitch for non-motorised transport in the city, she sketched out our cycling route from the East City to the Jutland Avenue Bridge. This busy node, where artist Sue Williamson once asked tough questions of former president Thabo Mbeki’s health policies with a piece of graffiti miniaturises some of the issues posed by the distinctive Pantone 109 C yellow WDC branding that appeared across Cape Town in 2014. A bus terminus, after all, is a design intervention, a place where themes of mobility, trade, security and neighbourliness intersect.

But when we arrived by bicycle we were directed to the new skate park bordering the bus terminus. A fenced-off grey landscape of curves, bends and rails, this well-known city landmark was designed, funded and constructed by the City of Cape Town’s department for spatial planning and urban design. According to Marco Morgan, a planner with the strategic and integrated planning directorate in the Western Cape government, the park, another a WDC-listed project, was built by the city after complaints from residents about vagrants using the flyover as shelter. Like most city-sponsored projects, the skate park is a gift wrapped in red tape. Only authorised “vendors” may decorate its surfaces, explained Morgan, who attended the tour in his capacity as a member of 20sk8, a decade-old collective of skateboarders from the working-class Cape Flats.

Petty bureaucratic kinks notwithstanding, the Mill Street skate park is a qualified design success story. It may not have solved the area’s homeless problem, but it has created a popular meeting place for young, mixed-race skaters to grind, ollie, railslide and sweat. As 2014 lumbered on, from autumn elections through to a summer fistfight in parliament, these two events bracketing the calamitous evictions in Lwandle and shooting of Ses’khona People’s Rights Movement leader and sanitation activist Andile Lili, Cape Town’s design capital initiatives seemed mostly earmarked for the genteel folk living in Twain’s long-ago version of Cape Town. It is not 1896 anymore, even if our politics is still “wonderfully interesting”, as Twain put it.

During an angry outburst in parliament in 2014, Lindiwe Sisulu, the minister for human settlements in the African National Congress-led national government, described the design capital project as a “scam”. She further accused the opposition Democratic Alliance party, the ruling party in the Cape Town government, of siphoning off “millions” that could have been “spent on shelter and proper sanitation”. Cape Town’s city branding exercise cost it R40 million, this money channelled into a special-purpose organising company, Cape Town Design, to cover marketing, operational costs (salaries, rent, travel, etc.) and the WDC programme. Its earlier bid preparation and submission, which saw Cape Town beat Bilbao and Dublin to the title, cost an additional R600 000. The WDC licensing fee was €150 000.

The basic arithmetic of city branding needs to be understood within a broader calculus of change and transformation. In 2012, Cape Town mayor Patricia de Lille announced a R25 million public-works initiative focussed on the provision of janitorial services and basic plumbing skills. The project, which has a R60 million budget for 2014/15, employs 900 janitors. Along with housing, sanitation is at the centre of contemporary city politics. You wouldn’t have thought this navigating Cape Town’s yawn of yellow-accredited projects. It was not for a lack of initiative or optimism by the design capital’s organisers.

“Design is not just architecture, fashion, craft, beautiful tables and elegant wine glasses,” a city official who is a key advisor to Western Cape premier Helen Zille told me in 2013. We were talking about District Six, although it was the spillage of this conversation that remains memorable. “Design is a creative process that results in something that is appreciated and useable.” Design could deliver a better sewerage system, she said. “It would answer what to do with the highways on the foreshore. Design is public participation. Design could answer what to do with District Six, how to create linkages with Woodstock, the Fringe, and the CBD.”

In the end, it achieved very little of that. Amongst the 460 projects selected from 1249 entries to an open call for project submissions—40 for an official WDC exhibition, the rest for promotion as accredited WDC projects—only four projects dealt with poo, kaka, shit. One was defunct before the year ended, while another languished in deep R&D. The take-home lesson from all this: there is no easy lesson. Cape Town is a struggling edge city attempting to rebrand itself, more so internationally than globally. Design, a misunderstood word that encompasses artisanal and technological innovation, is not the panacea for, well, everything. It took a yellow dot to highlight the failing mechanics of city governance and still unresolved quandaries of citizenhood. *