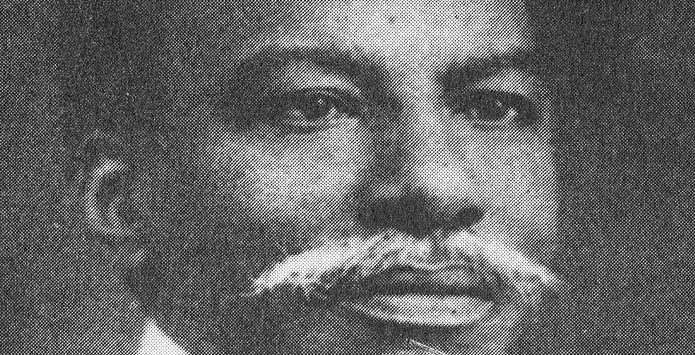 Akin Adesokan on the life of Herbert Macaulay a Nigerian politician, engineer, journalist and musician whose nous for political strategy and theatre awoke democracy in colonial Lagos

Sitting in the parlour of his Lagos residence, Kirsten Hall, one morning in mid-September 1944, two months before his eightieth birthday, Herbert Samuel Heelas Macaulay opened the pages of the West African Pilot and discovered a pleasant surprise. Already infirm with rheumatism, HM, the grand old man in the struggle for Nigerian political freedom (as this newspaper never tired of describing him), had got hints of the imminent report a few days before, so he had the newspaper brought to him by one of his children, curious to know what surprise the Pilot had hidden in its crisp pages. Macaulay’s relationship with the newspaper was unambiguous. The Pilot was owned by Dr. Nnamdi Azikiwe who, just a month earlier, became secretary of the National Council of Nigeria and the Cameroons (NCNC), the leading nationalist organization, with Macaulay himself as national president. Since Macaulay’s own Lagos Daily News was submerged in the rising tides of nationalist agitation of the past decade, a time of incendiary but better-produced dailies and young patriots who lacked the old man’s Victorian veneration of the British Crown, the Pilot had become his favourite newspaper—nothing published in it was remotely critical of him. Still, his arthritic hands responded in anticipation as he flipped over the pages, eager to find the news.

Grateful for the old man’s achievements, the Pilot had decided to launch a special fund, the Herbert Macaulay Octogenary Fund. This initiative, wrote Azikiwe, would “demonstrate to the world that the black man and the black woman also worship their heroes and heroines, in life and in death”. The initiative was inspired by a similar effort then being made in India in honour of Mahatma Gandhi, younger than Macaulay by four years, but already, in the mid-1940s, the acknowledged great soul of Indian nationalism. The news item drew upon popular assumptions about the two figures: like Gandhi, Macaulay was a strong advocate of freedom and justice and threw in his lot with the masses; he likewise desired the achievement of these political goals through peaceful means. The Pilot was optimistic about the general public’s response to an initiative in honour of its most selfless nationalist of the last three decades. The first target of £1,000 would be presented as a personal gift to Macaulay, and any surplus would be retained and spent at a future date in erecting a statue in his memory. Although his birthday was still two months away, Macaulay himself received the news with a sense of occasion. He spent the rest of the sunny morning in beatific contentment.

By November 14, Macaulay’s eightieth birthday, the fundraiser had generated only about £108. Azikiwe, the fund’s treasurer, wrote a check for a hundred pounds to the celebrant as “a gesture of affection, appreciation, and gratitude”. He might have added the phrase, “ten per cent support,” but he merely regretted the public’s lukewarm attitude to the special fund.

You may wonder why Macaulay should be the recipient of this gesture tied to voluntary giving in the final months of the Second World War, notorious for their shortages and low personal earnings. The point is that in those months, the shadow cast over the British Empire by the Atlantic Charter was felt in the colonies as a benevolent shade from the scorching sun of imperial rule. The victory of the Labour Party in Britain was just round the corner. A trade union conference in Paris would provide an unexpected opportunity for the Fifth Pan-African Congress in Manchester. In all of Nigeria, there was hardly a single political personality with Macaulay’s gravitas or accomplishments. His many aliases reflected this: HM, the Moghul, Civil Engineer, Ejongboro (Snake on the Prowl), the Musical Wizard of Kirsten Hall, Champion and Defender of Native Rights and Liberties. As early as 1907, when the concept of Nigeria was still the native’s nightmare—the amalgamation came with colonial governmentality and the introduction of martial law, interpreted in Yoruba to mean “it is compulsory to go”—local groups in different parts of the then-Southern Protectorate had found in him an auditor of their grievances, and he missed no opportunity to draft petitions giving perspective to their complaints. His party, the NNDP, the first well-organised political party in Commonwealth West Africa, had unfailingly produced the three elected members of the legislative council for Lagos since 1923; he had been publishing the Lagos Daily News, the most formidably anti-colonial periodical of the time, since 1928. He was also the author of some of Nigeria’s famous pamphlets, scripted in prose of baroque elegance and Socratic thoroughness. For days after the unforgettable raining afternoon of July 4, 1931, his finest hour as a public figure, having won the legal battle to reverse the colonial government’s deposition of the King of Lagos, Macaulay received scores of congratulatory messages from political figures across West Africa, including Dr. J.B. Danquah in Accra. 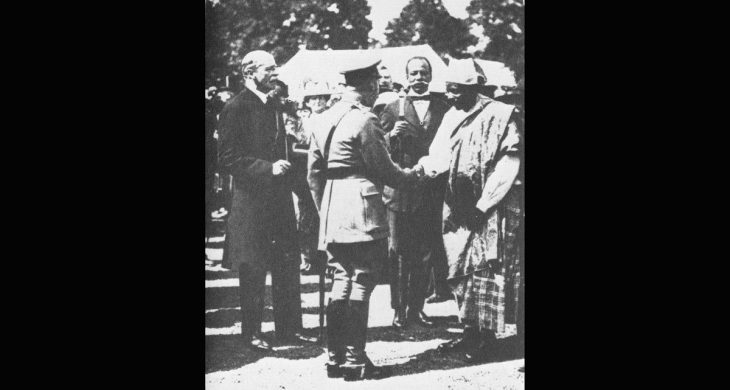 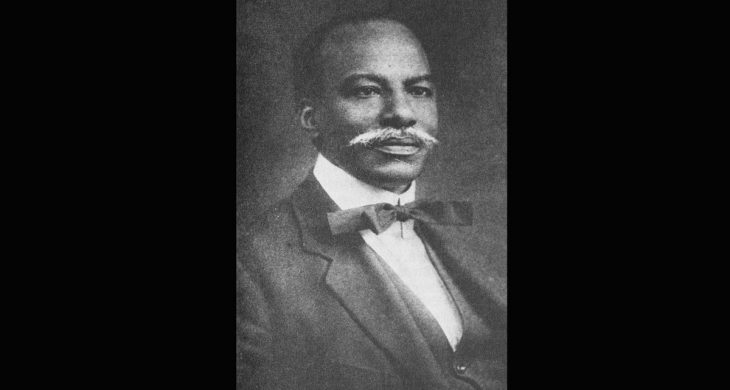 Akin Adesokan is a Nigerian writer, scholar and novelist