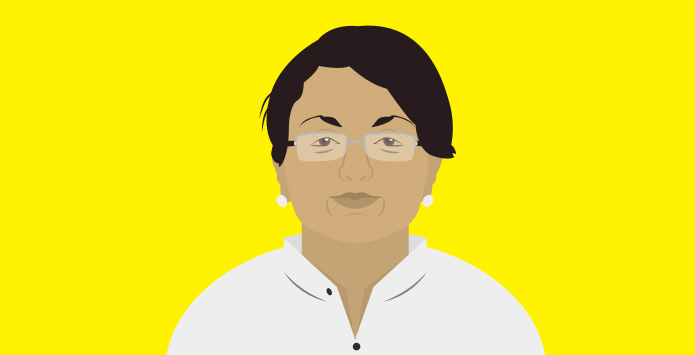 Why we need to pay more attention to places like Sohrab Goth, a peripheral Karachi neighbourhood that's become the city's lifeblood

Public infrastructure in Karachi is a proverbial “slow-motion disaster” that perpetually undermines the lives of the urban majority. It fails all the time. Power breakdowns, acute water shortages, broken roads, overflowing sewerage and burst water pipes frequently bring the city to a grinding halt.

In June 2019, three consecutive power cuts in 33 hours hit the privately-owned power utility K-Electric’s transmission line. The collapse brought the Karachi Water and Sewerage Board’s water supply to a halt. When this sudden electricity failure damaged a 1.8-metre water line in the Dhabeji pumping station, nearly 55% of the city’s 20 million residents were left without water for several days. The pumping station is the largest facility operated by the Karachi Water and Sewerage Board.

Many districts in Karachi remain in a perpetual state of brokenness. In July and August 2019, heavy monsoon rains devastated the city as storm drains, and sewers became choked and neighbourhood lanes were inundated with garbage and floodwater. As the crisis mounted, the Pakistan Army was called in for rescue operations in severely affected areas. In the aftermath of the disruptions and breakdowns, all kinds of maintenance and construction machinery, from bulldozers, excavators and pumping machines to loaders and dumpers were visibly active, repairing roads and pipes, moving garbage and draining floodwater. Despite the frantic activity, there was still constant fighting between the city and provincial government over who was responsible for the maintenance and repair of the sewerage system.

Maintenance and construction continually remake the city. Countless tradesmen, aided by their heavy machinery, undertake the repair work that keeps the city in a state of constant motion. In Karachi and across the global south, maintenance and construction is a complex and deeply politicised business. Often, these activities are entangled in projects and plans that marginalise poor populations. New mega-infrastructure projects, like the construction of inner-city transport corridors in parts of the city, have involved the clearance of informal settlements. The ongoing revival of the Karachi Circular Railway—a defunct transport corridor—has led to the displacement of hundreds of low-income families which have lived for decades in proximity to the tracks.

The Karachi Metropolitan Corporation (KMC) oversees the city’s six districts. Each day, the corporation deploys large numbers of maintenance and construction crews to tend to multiple tasks. Sohrab Goth, a sprawling suburb on Karachi’s periphery, is often the site of many KMC maintenance and construction operations. The suburb, known as “mini Singapore” by locals, is considered Karachi’s entry point to the rest of the country. It gets its name from the heavy machinery that fills its showrooms and workshops, all sourced from that country and elsewhere in Southeast Asia.

In Karachi and across the global south, maintenance and construction is a complex and deeply politicised business. Often, these activities are entangled in projects and plans that marginalise poor populations

Over the past few decades, the KMC has become reliant on a complex web of third-party contractors located in Sohrab Goth. The contractors supply maintenance equipment and the men who work for daily wages. The hundreds of showrooms that stock heavy equipment and machinery, and countless (sub)contractors who supply equipment and provide maintenance services have turned Sohrab Goth into a teeming mass of bodies, heavy machinery and spare parts. These have been woven into an industrial-commercial complex that stretches across a five-kilometre section of the Superhighway, the 136 kilometre-long motorway connecting the cities of Hyderabad and Karachi.

Sohrab Goth’s development from an old village to a booming urban centre is rooted in cycles of autoconstruction, informalisation and state violence. It endured the 1998 massacre of the Akakhel, a local pastoral community, by the Pakistan Army; the arrival of Afghan refugees fleeing conflict since the 1980s, followed by that of ethnic Pashtuns from Dir, Bajaur, Mardan, and Swat in northern Pakistan. In comparison to the rest of Pakistan. Karachi has always been economically more advanced, with a diversified demand for labour, offering a wide range of economic opportunities to migrant workers. The informal provisioning of services in Karachi has long been embedded in social networks such as kinship, ethnicity and religion. Such networks resulted in Pashtuns and Afghani migrants, who were mainly transporters and labourers, settling in Sohrab Goth, as well as the expansion of transport and construction businesses. Individual settlements quickly became associated with the narcotics and weapons trade.

Today, Sohrab Goth appears to have shed its tainted image of providing passage to the drug and weapons trade from Afghanistan. Its workshops, showrooms, and labour force play a critical role in sustaining Karachi’s construction industry. People in the area are more inclined to have a conversation about Sohrab Goth’s transnational links with Singapore and South Korea than a past when violent ethnic politics pitted the Pashtun-speaking population against the politically dominant Urdu-speaking Mohajjirs.

Tucked away in a quiet corner of Sohrab Goth is SA Technologies, a mid-sized firm that employs 150 workers. SA Technologies is KMC’s chief contractor for key “assignments” like garbage disposal and the supply of excavators and drivers in anti-encroachment drives. Owned by an Urdu-speaking chemical engineer and a Pashtun trader, SA Technologies epitomises the mundane world of continuous maintenance and repair that is embedded in political and social relations that themselves have been maintained over decades. These networks bind in uneven ways the Pashtun and Mohajjir contractors and subcontractors, and the municipal officers, workers, and buyers and traders of heavy machinery.

Though this extraordinary reality is located in the city’s periphery and dominated by the noise of machinery and talk of ethnic politics, it is by no means peripheral. Places like Sohrab Goth are themselves the machines that keep the blood pumping to sustain cities like Karachi. We would be well served to pay closer attention to them: they provide labour and services that have become central to the survival and prosperity of the city on whose edge they sit and whose needs they serve. Understanding them is understanding the complex architectures of urban life in the global south.

Nausheen Anwar is a reseacher and educator based in Karachi