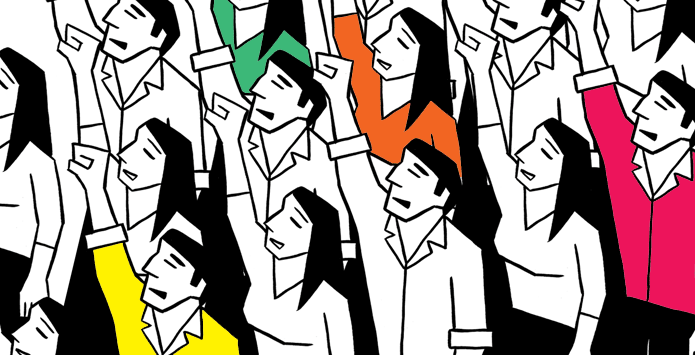 They Came At Night

On a bitterly cold winter evening, as a sharp breeze blew off the Bosporus strait, Turkish demolition crews accompanied by riot police entered a residential neighbourhood on the Asian side of Istanbul. They met fierce resistance from residents of the gecekondu, informal settlements commonplace across Istanbul. Police eventually had to use tear gas and water cannons to quell the angry inhabitants. “Why are you doing this?” yelled an elderly resident at the police. “What do you have against the people that live here?” When the dust settled, 16 structures lay in ruin. Orchestrated by senior Turkish government officials, the destruction of the gecekondu has become a facet of daily life in Istanbul, particularly as a massive urban regeneration programme repurposes land throughout the city.

Luxury shopping malls and concrete apartment blocks are replacing older neighbourhoods throughout the city, as Istanbul goes through the urban equivalent of a facelift. Spurred on by new Turkish desires to rebrand Istanbul as a globally competitive city, the Turkish government has redoubled efforts to radically transform the city’s urban environment. But this transformation is not bringing prosperity and a better city for all of Istanbul’s residents. Many have seen their neighbourhoods destroyed under the pretext of earthquake preparedness and other arbitrary building codes; some residents have even been forced to move upwards of 50 kilometres from the city centre.

Istanbul has always played an oversized role in Turkish politics. Using Istanbul as a canvas to manifest various desires for the country, the government of Prime Minister Recep Tayyip Erdoğan has promoted rapid urban growth initiatives, including the creation of a new five-runway airport, a rail tunnel connecting Asia and Europe under the salty water of the Bosporus, and a third long-span bridge to allow expansion of the city northward. Istanbul has particular significance for Erdoğan: he was born in the working class district of Kasımpaşa and served as mayor of the city before moving to Ankara, the Turkish capital and seat of the prime minister’s office.

The sheer scale and pace of projects in the city has become a source of widespread corruption. In December 2013, a massive corruption probe shook Turkey’s political foundation. Among a litany of charges, confidants close to the prime minister were accused of graft in the awarding of construction contracts in Istanbul. Erdoğan has been implicated in the corruption allegations. When the environment minister, a long-time friend of the prime minister who oversaw some of the mega projects in Istanbul, resigned as part of the corruption probe, he told reporters that he had done nothing without Erdoğan’s approval.

Istanbul’s modern legacy is one of rapid urbanisation and constantly shifting urban land laws. The best place to evaluate the current urbanisation programme in the city is in its gecekondu, haphazard forms of unplanned settlement that emerged during a period of rapid industrialisation in the 1950s. The Turkish government encouraged people to move to the cities to help with the industrialisation drive. By the 1980s, Istanbul’s population stood at roughly five million. Today, the city’s population is over 15 million and is estimated will reach almost 19 million by 2020.

Unable to offer housing to all, new residents were encouraged to set up informal neighbourhoods on large tracts of state-owned land. Most of the houses that formed the first gecekondu were detached single-story structures that sat within low-density areas. Over time, population increase saw these neighbourhoods expand significantly. Given that many structures were built off the grid, ad hoc solutions and a strong spirit of independence runs through these communities. The migrants that started these informal neighbourhoods often originated from the same villages and regions in the Turkish interior, further adding to the strong community bonds that exist to this day.

According to Yasar Adanali, an Istanbul-based urban thinker and a lecturer in urbanism at the University of Stuttgart, the lack of secure title and constant threat of evictions and demolitions underpins the culture of gecekondu. “They had to build their houses at night so that a roof was there in the morning and couldn’t be demolished without a warrant from a court,” says Adanali. The word gecekondu, he explains, literally means “built over night” in Turkish.

While notionally illegal, these neighbourhoods have flowered into vibrant residential spaces. In some parts of Istanbul, the gecekondu are completely off the city’s electrical grid and are not officially policed. Public buses don’t enter many of these areas. Over time, the original one-storey structures have been replaced with four- or five-story apartment blocks. By the 1980s, the Turkish government began to develop legal mass housing schemes in Istanbul. The move included the legalisation of certain gecekondu neighbourhoods. In effect, the move began a process of formalising the informal sprawl that typified modern Istanbul urbanisation.

“Gecekondu are, of course, illegal buildings but in the 1980s they acquired legal status and people began moving to these areas,” says Sila Aklip, an architect at the TAK Design Collective in Istanbul. “The problem is that there was no infrastructure. To be sure, aspects of the quality of life are high, especially regarding the quality of urban space, but because of the lack of infrastructure and proper planning, these areas began to highlight inequality in time.”

Turkish laws relating to land rights have exacerbated the problem. The selective use of Ottoman laws, which are fundamentally at odds with modern western secular laws regulating land ownership, enabled developers and shady businessmen to buy and sell large tracts of land in Istanbul. The transactions were based on less than clear terms. The Turkish government’s plans for a new global Istanbul require available land serviced by transportation arteries, which the gecekondu provide. Portrayed as overly dense and unsafe, the government is targeting various gecekondu. It claims the upgrades will ensure safety and earthquake readiness.

Adanali disagrees with this assessment. He remembers a time when the government supported the gecekondu and respected the strong communities living in these areas. For him, the gecekondu, in many ways, embody the first waves of modern urbanisation in Istanbul. “I prefer not to define gecekondu as a problematic concept,” says Adanali. “For me, it is a solution. If you look at the parliamentary discussions in 1950s Ankara you will see that the gecekondu were embraced.” Government officials viewed gecekondu as a “miracle”. It was also a necessary “solution” to basic housing needs at time when ten new homes went up in gecekondu for every one planned home built by the state, adds Adanali. However, in contemporary Istanbul the gecekondu don’t serve the same role they once had in Turkish society.

“In Istanbul, the one- or two-story gecekondu period is mostly over,” says Selva Gürdoğan, co-founder of Super Pool, an Istanbul design and urbanism studio. “You won’t find more than a handful of neighbourhoods that actually have this sort of the classic gecekondu typology of one- to two-story buildings.”

The next phase in the gecekondu saga will be a political one. Last summer’s massive Gezi Park protests, which started a mainstream battle over the urban future of Istanbul, saw many gecekondu residents leading the fight against the current waves of urbanisation in Istanbul.

“This is already a social disaster,” Mücella Yapıcı, the head of Istanbul’s Chamber of Architecture, recently told the online magazine Vocativ. “Urban transformation has caused social and physical disintegration in Istanbul.”

Despite their often-makeshift origins, gecekondu remain areas that people want to live in. This is because they represent grassroots urban initiatives that have successfully balanced the needs of the community in the face of poor resources and infrastructure. The persisting corruption allegations against the Turkish prime minister have drawn attention to the alliances powerful businessmen with close connections to the current Turkish government.

In Istanbul, particularly, gecekondu communities are on the cusp of reshaping Turkish politics in a profound way. Protests over the urban environment such as those in Gezi Park have prompted gecekondu residents to mobilise beyond local politics. Their actions are an example for millions of people living on the urban margins.