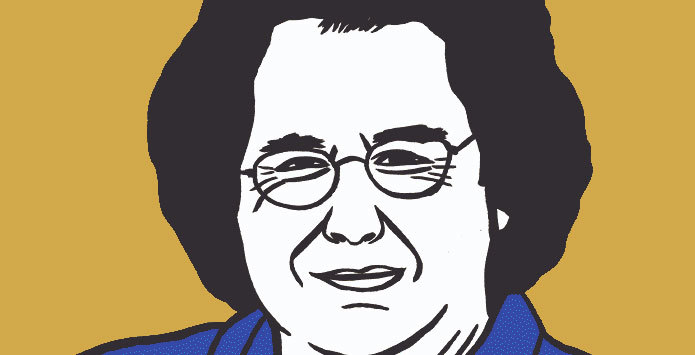 In 1951, a British mathematician and Quaker pacifist named Lewis Fry Richardson was researching the unlikely question of whether there was a link between the probability of two countries going to war and the length of their common border. He noticed that they often could not even agree on the length of their borders: the Spain-Portugal border was quoted at between 987 and 1214km and the Netherlands-Belgium border at between 380 and 499km.

The difference lay in how they measured the border and his simple but penetrating observation was that the smaller the ruler you used to measure, the longer the border got—because a smaller unit of measurement had to take into account more detail and complexity. Measuring every twist and turn made it longer, and the closer you went in, the more twists and turns there would be.

In 1967 a French-American mathematician, Benoit Mandelbrot, used Richardson’s finding to write a paper called ‘How long is the coast of Britain?’ He concluded that the coastline was—theoretically—of infinite length. This is now called the Richardson Effect.

Going into Diepsloot, an informal settlement north of Johannesburg, every day for some months to observe, interview and gather information for my new book, I was struck every day by the fact that the closer I looked, the more complexity I saw. It was the journalistic equivalent of the Richardson Effect: peeling away layer after layer of this community, I learnt more ever day. Things did not become clearer but more complex.

I did about five months of research, and for purely practical reasons I had to stop and get down to writing my book. I could easily have researched for another year or two, and I have little doubt that my view of the place would have become more complicated, my explanations more difficult and the challenge of a journalist—to convey complexity with clarity¬—ever more formidable. Every extra day would have given me more material and insight, though not necessarily understanding.

My model lay in two extraordinary books by a Washington Post writer, Alex Kotlowitz, who wrote The Other Side of the River (1999) and There Are No Children Here (1992). For the latter, he followed one family in one place for two years. The richness of the work lay in the Richardson Effect: the more time he spent, the closer he looked, the more he saw.

Compared to Kotlowitz, and most of the best of American long-form journalism, my book was in the middle range of time spent researching. Most journalism in this country is at the other extreme: a few hours, maybe a day.

I found this when I surveyed media coverage of Diesploot: reporters had dipped in, grabbed some insights and went back to their offices to pronounce on the place. Who they chose to talk to was arbitrary, even accidental, and it was done with little awareness of the conflicts and differences in such a place, and how this might shape what they were hearing or seeing. The two exceptions were at the extremes of global reporting: the Daily Sun man in Diepsloot, who was really only interested in murders, and New York Times correspondent Barry Bearak, who was researching a major piece on a single incident of mob justice.

How are we to deal with the most formidable challenges facing our city, and our country, if our understanding is based on cursory reporting in most of the media?

When I asked questions and talked to people in the city machinery about service delivery, I found too how inadequate most reporting on the subject is. I am an avid consumer of political journalism, but I quickly realized that the knowledge we have of these issues is extremely thin, and I had little appreciation of the challenges and difficulties facing the city in dealing with Diepsloot and the other 181 informal settlements of Johannesburg.

The problem is rooted in the fact that the people of Diepsloot have no media of their own, no local or community media in which their faces and voices appear, in which they expresses themselves politically, socially and culturally.

How are we to deal with service delivery if we don’t hear the voices of those who we are delivering to? How are we to know the political views of those in places such as Diepsloot if their only means of expression is to vote every five years or march through the streets and confront the authorities? How are we to understand the dynamics of ANC branches, which effectively choose our president? How is democracy to happen where people are largely excluded from the media that defines and shapes the issues we and those in authority mostly talk about?

My book tries to give voice to some of these issues, and a texture to the lives of the people of Diepsloot, but most of all it is an appeal to hear the voices of Diepsloot. *

Anton Harber is the Caxton Professor of Journalism at Wits University, and a Business Day columnist. He is also chair of the Freedom of Expression. Diepsloot is published by Jonathan Ball.