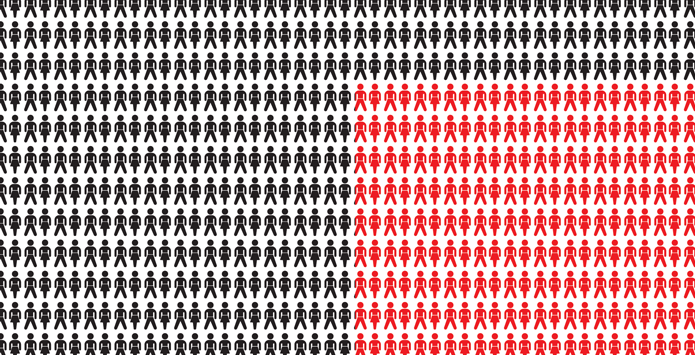 Urbanisation & the Transition to the Future

The grand transition to a new democratic dispensation in South Africa is fraught on all sides by changes in multiple dimensions, emerging from both global and local scales, and including socio-economic, cultural, institutional, generational, political, ecological, spatial and behavioural factors, to name a few.

Yet, 17 years into the transition it is clear that urbanisation is the spatial nexus of multidimensional change in South Africa from which the future social fabric will emerge. South Africa, and Africa in general, is urbanising rapidly; today more than 50 per cent of South Africans live in urban areas.

While it is important to acknowledge that the society of the future, and the form of its national identity, depend critically on the processes unfolding in the urban context today, it is equally important to acknowledge that urbanism is not entirely new. South Africa was urbanising rapidly before the advent of apartheid. In fact, apartheid itself can be understood as a reaction to earlier phases of urbanisation which threatened to dilute racial purity.

Even during apartheid, the struggle against racial oppression was informed by the desire to urbanise.

“Through a combination of brute force, dispossession and expropriation, and the imposition of negative laws and sanction,” observes Achille Mbembe of the history of struggle and urbanisation in South Africa, “the right of blacks to live in the city were constantly under threat, if not denied in full.” According to Mbembe this is why most social struggle of the postapartheid era can be read as “attempts to reconquer the right to be urban”.

This fragmented apartheid and colonial history is still reflected in the South African urban landscape today, spurred on by decisions that have reproduced what Edgar Pietrse describes as a “neo-apartheid spatiality” in the urban form. Informality and slum urbanisation are key features of this new urban spatiality, which escalated alongside the hasty adoption of neoliberal economic policies (widespread privatisation and deregulation of public services) early into the democratic era (circa 1996). This has affected South African cities profoundly.

While increased governance capacity was devolved to city governments, they had less control over newly privatised service delivery infrastructure, such as water, energy, waste, rail, roads and so on.

Moreover, massive job losses in the state sector occurred as the transition to liberalised commerce was escalated, and are in part responsible for the high levels of unemployment in South Africa. Informality and slum urbanisation are direct consequences of choices made early on in the democratic transition, and were compounded by the influx of citizens to urban cities following the abolition of the Group Areas Act in 1991.

Core to this neo-apartheid spatiality, evident in large cities such as Cape Town, Durban and Johannesburg, is the fragmentation of the urban landscape into an archipelago of sprawled and disconnected enclaves.

This spatial fragmentation perpetuates a class system noted for the vast inequalities around access to services and socio-economic mobility. South Africa has the highest Gini coefficient in the world. Twenty per cent of its citizens own 80 per cent of the country’s wealth, and one in four people are unemployed (approximately 25 per cent by the standard definition, and 36 per cent by the expanded definition).

Perversely, the very rich and the unemployed share a common trait: both exhibit limited mobility across the urban archipelago. Those who move between the spatial islands every day often have only a cursory understanding of the spaces they pass through—for the most part, they are merely passengers. Yet how a person individually negotiates the different urban spaces that co-exist within a city informs their sense of urban citizenry. Increasingly, the affluent middle class have retreated to sterilised enclaves in order to work, live, recreate and consume.

Hence the great number of office parks, strip-malls and townhouse developments to which access is restricted. These environments are beyond the tainted reach of the poor, so to speak, allowing the middle class to live out their lives largely unaffected by the unfolding crisis in poverty and inequality. The poor, in turn, are cordoned off and prevented from participating in the activities and evolution of premium, securitised enclaves. Yet, they are additionally burdened with lack of access to basic services and mobility and opportunities for learning and employment.

This fragmented sense of belonging is central to the South African urban psyche and cuts across different social and cultural groups. Fragmented societies and communities fail to cultivate a sense of belonging that goes beyond the neighbourhood, precinct or even city block—they are parochial and inward looking, and cooperate within a pluralist social project only as long as their core interests aren’t adversely affected.

These islands of class, race and ethnic disparity strongly inform the emerging social fabric and formation of group and individual identities. They are contested spaces, informed by a fraught discourse that accommodates historical memory differently, and are where the clues to the emerging sense of nationality in South Africa can be detected.

Competition and contestation around the influx of refugees, for example, which resulted in coordinated xenophobic attacks across South African cities in 2008, are strong indicators of how legitimacy is being framed in relation to national identity and citizenship. The pressures of urbanisation provide the stress tests under which nationality is emerging.

The continued progression towards an urbanisation that increasingly separates people from each other according to class, culture or sexual orientation will not lead to the kind of country that stays true to its egalitarian constitution. Instead, it will reproduce and intensify the levels of difference that exists in society and diminish shared understanding and tolerance. In the long term, it does not auger well for South African society.

A bold new approach towards urbanisation is required, one that can address the fragmented sense of belonging that prevails today, and provides the ingredients for an urbanisation that facilitates greater access, socio-economic mobility, cohesion, tolerance and freedom. Creating humane, liveable and accessible urban environments will go a long way towards ensuring that the South African transition arrives at its intended destination.

A variety of actors converge in the mediation of differences and conflicts that shape future outcomes. Civil society, government, business and labour all possess differing and sometimes overlapping mechanisms of influence, some as a result of representivity, others as a result of where capital flows and interests converge to open up new opportunity spaces.

The remaining challenge, however, is still one of integration. That is, integration that can effectively bring civil society, governance and business together to mediate inter-sector and inter-institutional tensions, and to share different visions and understandings of urban futures.

By giving expression to sentiments around which collective positions congregate, or by increasing access to power and decision-making, participatory governance has the potential to bring greater levels of integration and coordinated effort. Ironically, by adopting a developmental urbanism that is strictly top-down we run the risk of becoming locked into a cycle where the history we are trying to overcome is reinforced and repeated.

A city and a future that is co-created is far more likely to be owned by everyday urban citizens than a city that is created independently of the people who live in it and serves the needs of a few.