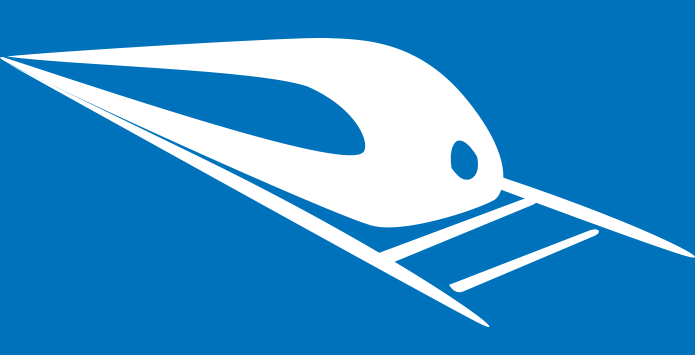 The most high profile government report on the urban trajectory this year, for example, was created to estimate the infrastructure and service needs as well as the financial resources required. To their credit, the High Powered Expert Committee (HPEC) for estimating the investment requirement for urban infrastructure services went beyond this mandate and also discussed the institutional changes required to ensure that these objects would actually appear and be useful.

The broader global discussions of urban potential, on the other hand, are visions of what happens in the interstices between these objects: the movements of people and goods that the transport network and carriers enable, the economic transactions and social relationships that the urban layout enables, the hard to quantify amenities of well-designed public spaces.

The promise of urban eco-friendliness depends in large part on the way people choose to travel; the promise of urban social mobility and opportunity depends on their options for movement and interaction. The “proximity” Edward Glaeser celebrates in The Triumph of the City (2011), his best-selling paean to the urban, is the root of everything, from resource use to social interactions and economic interchange of ideas. Inclusion—a current synonym for development in Indian political rhetoric—happens in the interstices.

The possibility that meeting the urban challenge will not guarantee seizing the urban potential is exacerbated by the highly administrative nature of urban governance in India. Local governments’ existence and potential jurisdiction over a variety of services are constitutionally recognised, but the pace at which money, people, and actual responsibility are devolved to city governments depends on state political whims.

“Funds, functionaries, and functions,” has been the rallying cry. It has largely fallen on deaf ears. States aren’t that interested in giving up control, nor are state leaders especially interested in urban issues—rural India is the political heartland, and politicians who are too friendly to urbanites risk dismissal. So cities have effectively been left in the care of bureaucrats and administrative processes attached to (fortunately increasing) funding from state and central government programs.

Administrative processes recognise objects more effectively than interstices. Objects are self-evident; relationships and movements are transitional. It is far easier to assess and monitor the existence, location and physical parameters of housing units, for example, than to quantify the cultural, social and economic environment created by the living quarters in the larger setting and network. The mistakes become apparent in the long run, emerging from the statistical fog of partially reported crime rates, persistent low-level respiratory infections and other social indicators, many of which don’t exist at such a fine scale as a housing project. But by then the objects and interstitial spaces have already been created and the obvious challenge is off the list.

The difference between responding to the urban challenge and investing in the urban potential is likely to get more complicated with the rise of evidence-based policy making and transparent, objective monitoring as the mantra of good governance.

The ready prescriptions for ensuring that objects create interstices, planning and its cousin urban design and participation, are unlikely to deliver a resolution in time. Planning and urban design both operate on hypotheses about social reactions to objects as much as knowledge, especially in the locations where the challenges—the absence of objects—are the greatest.

Traffic data may be easy to come by where EZPass (the electronic toll system common in the US) operates, but estimates in India can be off by an order of magnitude, much to the chagrin of everybody involved in toll road public-private partnerships. There also aren’t very many planners in India. The country has 4000 planners for 5000 urban centres and graduates 350 new planners every year.

Political and market participation in decision-making about urban objects and their placement is in principle an alternate route for difficult-to-observe information to make its way into decisions. As long as something can be known at the scale of personal experience, the information can be incorporated by involving the person with the information in the overall determination of the outcome. Political processes that involve neighbourhoods in reviewing decisions about situating parks or sewage treatment plants assume that the people in the neighbourhood will base their inputs on what they know about how the objects will affect the interstices.

Similarly, the process of protest and response reveals substantial information about the impact of road placement, urban renewal, and other infrastructure meant to address the challenge, even if the information simply hangs in the ether. Market participation in the urban challenge could be seen as offering a similar benefit: let a profit-seeking company decide what to do, and it will have every incentive to ferret out information on how to create interstices that will guarantee a customer base.

Citizen-customers vote with their purchases, so the logic goes, and there are always ways to adjust for equity and other concerns.

But politics and markets are far from the pure information revelation mechanisms mentioned in academic possibility theorems. Their outcomes reflect power, money, and favour trading across time, geography and interest groups, as much as information about the interstices. Profit-seeking private infrastructure providers focus on those who can pay, unless contracts or regulation include especially clear provisions for more inclusive business plans.

Urban design in Chennai, in southeast India, is influenced far more by well-heeled coalitions of industrialists and middles class civic leaders than it is by the federation of informal sector workers. The dominant groups may be well-meaning, but the information set they are revealing in vision summits and submissions to civic bodies simply does not incorporate the lessons learned from experience of those who live and work on the pavements.

These citizens have a formal space to comment on city plans through the consultative process required to access funds from the Jawaharlal Nehru National Urban Renewal Mission, the largest urban investment programme in the country, but this is a one-day event with no clearly enforced avenue into the details of how the funds are spent.

The urban agenda in India is at a crossroads. There is a widespread recognition of the challenge, potential and urgency of seizing the latter to really meet the former in more than an administrative sense. We can train more planners, but that will take years, never mind the turf wars that would ensue from absorbing them into the systems for infrastructure planning. We can seek more participation, but it’s hard to see how to build in enough safeguards to tease out the information of experience from the actions motivated by other interests.

What is left? A return to the core of the problem. An advocacy agenda that drives the formation of indicators of urban interstices into the set of evidence defining the challenge.

An agenda that focuses on influencing arcane government committees on estimating the informal sector, mapping the professions and professional relationships between street vendors, and updating sampling methods to produce reliable scale estimates of economic activity and social indicators.

An agenda that scours alternate sources of data for information, including administrative records of public transport companies. An agenda that experiments with interactive e-governance to systematically embed large-scale citizen feedback into administrative decision-making.

The quest for inclusion must focus as much on reforming the statistical system and the types of data recognised as relevant for policy as it does the more typical bargaining for material goods and services.

As the administrative foundation dictating the where and how of the response to the challenge, the process of collecting and interpreting data is perhaps the most critical point of leverage for achieving the potential of an effective and equitable urban transition.

Jessica Seddon is Head of Research for the Indian Institute for Human Settlements, Bangalore.