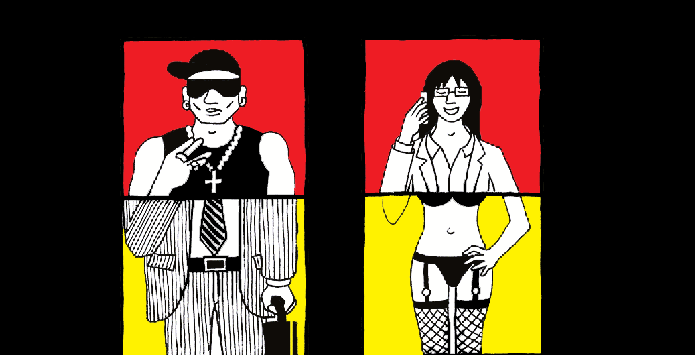 Waiting to Grow Up

The rate of urbanisation in Africa is the highest in the world, resulting in more urban areas with larger populations and a rapid expansion of existing cities. In an overwhelmingly youthful continent—youth constitutes over half of the continent’s population, according to the UN—where increasing numbers of young people find cities alluring, cities are not only Africa’s future but also Africa’s present. The majority of city dwellers in Africa today are young with many other youths from the rural areas planning to move there.

A large proportion of young people living in African cities are experiencing what I call “waithood”. A portmanteau word derived from “waiting for adulthood”. Originally used by Diane Singerman (2007), this term captured the experiences of many youths I interviewed in Mozambique, Senegal, South Africa and Tunisia in 2011 as I conducted research for my book The Time of Youth (2012). The word describes the prolonged period of suspension between childhood and adulthood experienced by many young people. In Africa today, young people’s transitions to adulthood have become increasingly uncertain and a growing number of young women and men find themselves unemployed or underemployed, and have to improvise livelihoods outside of dominant economic and familial frameworks. While chronological age may define some of them as adults, they are still waiting to attain the social markers of adulthood: earning a living, being independent, establishing families, providing for their offspring and becoming taxpayers.

Joel, a 28-year-old Mozambican man I interviewed, explained that, “at the age of 18 our fathers would go to South Africa as labour migrants to work in the mines … [and] come home with enough money to pay lobolo [dowry], to build a house and start a family”. Becoming a labour migrant constituted a rite of passage into adulthood, as jobs in the mines helped young Mozambicans to become husbands, fathers and providers for their families, and allowed young women to become wives, mothers and homemakers. Today, there are no reliable pathways to adulthood. Traditional ways of making this transition have broken down, and although there has been an expansion in education, graduates face soaring unemployment rates.

Young Africans in waithood are not merely waiting and hoping that their situation will change of its own accord. On the contrary, they are proactively engaged in efforts to find livelihoods and new ways of interacting with society in a city contex

The story of Bongani, a 30-year-old man from Soweto, illustrates the challenges of waithood. Since graduating from high school several years ago Bongani has been unable to find secure jobs. He survives on overnight jobs, mainly replenishing shelves in supermarkets and retail stores in the Johannesburg area. He has no regular income and cannot provide adequate support to his child. Similarly, 26 year-old Zahira from Tunisia holds a Master’s degree in social communication but has been unable to a find decent work. “I had several temporary jobs as a shop assistant and a dispatcher at a call centre,” she told me. These stories, and those of less educated young people struggling to make a living in the informal economy are too common amongst many young African city inhabitants.

It is interesting to note, though, that young Africans in waithood are not merely waiting and hoping that their situation will change of its own accord. On the contrary, they are proactively engaged in efforts to find livelihoods and new ways of interacting with society in a city context. These young people have developed their own terms to convey the extemporaneous and precarious nature of their urban lives. Young Mozambicans use the Portuguese expression desenrascar a vida (to eke out a living). Young Senegalese and Tunisians employ the French local term débrouillage (making do). Young South Africans speak about “just getting by.” The idea of desenrascar a vida or débrouillage situates the waithood experience in the realm of improvisation, or “making it up as you go along,” and entails a conscious effort to assess challenges and possibilities and plot scenarios conducive to the achievement of specific goals.

Waithood involves a long process of negotiating personal identity and financial independence; it represents the contradictions of modernity, in which young people’s expectations are simultaneously raised by the new information and communication technologies that connect them to global cultures, and yet constrained by the limited prospects and opportunities in their daily lives

These experiences of waithood are shared everyday in African urban areas through young men and women who engage in street vending, in cross-border trading and in smuggling; through those who survive as swindlers, traffickers and gangsters in criminal networks; through young women and men who use their sexuality as means of gaining a livelihood by engaging in prostitution or in intimate relationships with sugar-daddies and sugar-mamas. Some plan to migrate abroad illegally in search of greener pastures, but others become successful entrepreneurs in the informal sector by buying and selling goods, fixing electronic devices, making and marketing clothing and jewellery, and doing hair and nails. Others create new artistic and musical forms, making songs, painting graffiti, writing blogs and becoming savvy internet users. In this sense, young women and men in waithood develop their own cityscapes and spaces where they try to bypass the encumbrances created by the formal system, subvert authority and fashion new ways of functioning and succeeding in the city context. Indeed, African cities can provide young people with opportunities, attractions and possible trajectories that are simply not available in other contexts.

Waithood involves a long process of negotiating personal identity and financial independence; it represents the contradictions of modernity, in which young people’s expectations are simultaneously raised by the new information and communication technologies that connect them to global cultures, and yet constrained by the limited prospects and opportunities in their daily lives. There is no doubt that waithood stems directly from national and global policies that have failed to reduce poverty and promote more equitable and broadly distributed economic growth. Bad governance, corruption and the absence of fundamental freedoms compound this predicament. Recent accelerated growth rates in the continent bear considerable promise, but growth alone, without equity, will not guarantee social inclusion and better lives for the younger generation struggling with waithood.

African cities have also been a stage for young people’s protests against their waithood status. The continent has witnessed street protests in many of its cities, especially following the onset of the Arab Spring in 2011, which in Tunisia and Egypt successfully overthrew longstanding dictatorial regimes. In Senegal and Burkina Faso, young activists rallying behind Y’en a Marre! (Enough is enough!) and Le Balai Citoyen (The Citizen’s Broom) movements came out to the streets and forced corrupt leaders out of power in 2012 and 2014 respectively. Youth protests continue to take place everyday around the continent. Although many of these popular uprisings are brutally repressed and have not resulted in regime change or better socio-economic conditions for the majority, it is clear that the waithood generation is already standing up for itself, and confronting the status quo. Having more youth-cantered policies and creating political space, job opportunities and sustainable livelihoods for the youth can greatly contribute towards more vibrant and efficient cities in what will be an overwhelmingly young and urban African future.

Alcinda Honwana is a visiting professor of international development at the Open University, UK. Her books include Makers and Breakers (co-edited, 2005); Child Soldiers in Africa (2006) and Youth and Revolution in Tunisia (2013)