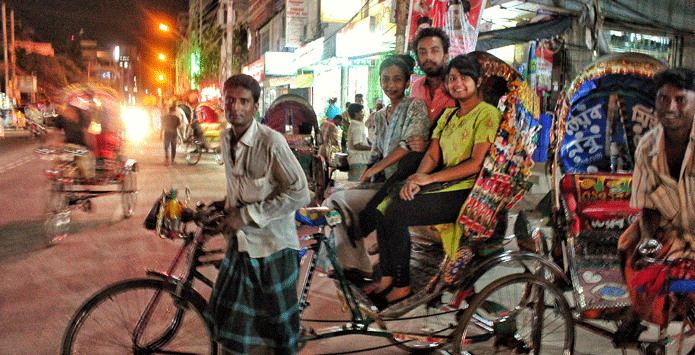 In a country whose story is dominated by traders, clerics, soldiers and development bureaucrats, Kabul’s gridlocked roads offer a new way to retell a distinctly Afghani history

Some things you expect to find in a city defined by war. When I first travelled to Kabul in the winter of 2006, I was primed for certain sights—like the torn facades of buildings, the bullet marks on the walls of homes, the snow-capped mountains on the horizon. But I was entirely unprepared for the traffic –the scale and persistence of the snarls, the number of cars on the streets each morning and evening, the sheer fatigue at the end of the gruelling, inch-by-inch journey. I worked at a small government-run TV and radio station in Karte Seh. I lived in a guesthouse across town. The commute took an hour, sometimes longer. In hindsight the massive pileups and delays that formed a part of my routine were an indication both of Kabul’s fragility – its lack of capacity to cope with the number of people swelling it – as well as an indication of its international significance, at least as a symbol. Because a large part of the traffic was composed of LandCruisers, emblazoned with the logos of different UN agencies and many other aid organizations. Packed bumper to bumper, their radio antennae waving like irritable tentacles, they stood snarling the narrow veins of the city that their passengers had come to develop.

The streets of Kabul have been shaped and reshaped often. In the 1830s when the English traveller Charles Masson recorded his impressions of the city, he appeared to be struck by the seclusion that could be embraced at will in its streets. “In occasion of war or tumult the entrance gates are built up, and the city contains as many different fortresses as there are kuchas (sections) in it,” he wrote.

Amir Abdur Rahman Khan, who reigned from 1880 to 1901, prompted the shift of the capital north of the river. The ‘Iron Amir’ was also a builder, and he transformed the capital, ruined after wars with the British, by creating palaces, workshops, public buildings and parks.

Residents included internally displaced people, migrants from the countryside and returning refugees from Pakistan or Iran

The construction of the Arg (royal compound) and various royal villas marked an outward spread from the historical core of the old city (Sheh e Kohna) to the new suburbs of Kabul that haven’t stopped growing.

In the 1950’s, under Mohammad Zahir Shah, the last king of Afghanistan, the old city was linked to the new by the Jada-e-Maiwand, a wide boulevard conceived along the lines of Oxford Street. It was paved and widened with Soviet assistance in 1953, and had four-storey commercial and office buildings lining its sides. In the 1960s, Kabul got its first Master Plan. New neighbourhoods were organized not by traditional factors like ethnicity or language, but by income. By the close of the 1970’s, the Afghan capital was home to about half a million residents, and bracing to grow. This trajectory changed with the Saur (April) revolution of 1978, and the onset of decades of war.

Much of the infrastructure of the city was destroyed during the civil war in the 1990s, including the roads. Their rebuilding in the years after 2001 was part of the design of a new Afghanistan: smooth and developed, efficient. The idea of building roads in Kabul tells us something about how the city is imagined, and imagines itself.

Taran N. Khan is a journalist based in Mumbai