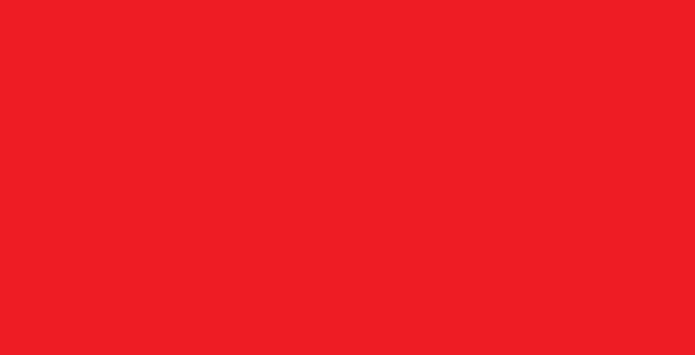 Big data, much of it generated by smartphone-equipped city residents, is fundamentally changing the way we understand, plan and operate urban mobility systems

Globally, motorisation—the growth in motor vehicle fleets—represents a major force driving the evolution of transportation and city development. Private motor vehicles offer functional and symbolic utility. Not only do they promise a better user experience—convenience, speed and reliability—relative to the often crowded, hot, uncomfortable alternatives; they also represent an important status symbol and mechanism of middle class formation, as noted by the Brazilian engineer and sociologist Eduardo Vasconcellos. The problems associated with motorisation are, however, well known and increasingly plague the global south, disproportionately impacting the urban poor, who tend to suffer the highest exposure to pollution and accidents, and also experience declining public transport service levels as consumers shift to private modes which subsequently clog scarce roadspace. Motorisation is also an important driver of global greenhouse gas emissions.

Strategies for managing motorisation fall into four basic categories: (1) expanding roadway capacity; (2) restraining fleet growth; (3) restricting vehicle use; and (4) improving substitutes. How cities respond to motorisation now may well dictate their physical and functional futures. Emphasising (1), roadway supply, encourages motorization and reduces the attractiveness of alternatives—or, as Paul Barter, a professor at the National University of Singapore’s LKY School of Public Policy, suggests, the automobile-oriented response leads to “lock-in”: automobile-dependent cities. Emphasizing (2), (3), and (4), restraining vehicle ownership and use and investing in public transport, can create an alternative to the auto-motorised city.

Although a few cities, such as Singapore, have adopted a mix of all four strategies, in most places restricting car ownership and use remains a difficult proposition on a political and institutional capacity level. The more politically attractive option attempts to improve automobile substitutes, and has primarily focused on “hardware,” like urban rail (Kuala Lumpur, Bangkok) and bus rapid transit (Joburg, Lagos). While fundamental, hardware alone will not suffice. The global south must also focus on the “software” of system management. Towards this end, cities in the global south are arriving at the critical historical juncture where they can choose, or not, a path of automobile dependency, with a new tool at hand: the mobile phone.

The mobile phone has spread across the planet at unprecedented speed. In places with the lowest motorisation rates—and consequently representative of the greatest opportunity to change course from auto-dependency—like Bangladesh, Pakistan and India, mobile phones are currently 40 to 180 times more ubiquitous than private cars. Mobile phones represent increasingly powerful tools for collecting, storing, processing and disseminating data. Even the most basic phones are equipped with voice and text capabilities already enabling networks of knowledge spanning market prices for fish to emergency alerts for natural disasters. Smartphones offer data and internet connectivity and a host of applications and sensors from high-resolution cameras to global positioning systems. Already as powerful as low-end computers, smartphones and tablets are expected to replace laptops/desktops for large portions of the global south.

Mobile phones can generate layers of information which can be retrofitted on top of existing infrastructures, hard or soft, in good condition or bad, from roads to social networks. This intelligence layer promises to improve mobility infrastructure and service effectiveness, for users, operators, regulators and entrepreneurs. Potential applications include: marketing sustainable transport modes; providing users with real-time information that can improve service comfort, accessibility and safety of shared vehicles; providing service operators with real-time information that can improve efficiency and profitability of shared fleets; enabling planners and regulators to better monitor and evaluate system performance, precisely and timely; and providing entrepreneurs with new opportunities for an unforeseen range of sustainable mobility business ventures (epitomized by Fazilka Ecocabs in India).

We have begun examining some of these prospects as part of a much larger project focusing on the “Future of Urban Mobility” (FM), supported by the Singapore-MIT Alliance for Research and Technology and based on the premise that “big data” is fundamentally changing the way we understand, plan and operate urban mobility systems. While Singapore is the primary testbed, one of the FM objectives is to explore the implications “beyond Singapore” for the mobility innovations being developed and tested. Towards that end, two MIT city planning postgrads worked in Dhaka, with a local advocacy group, Kewkradong Bangladesh, to explore whether better information, generated by smartphone technology, can help improve Dhaka’s bus- and minibus-based public transportation system.

Like many urban public transportation systems in the global south, Dhaka’s 7000+ vehicle system, with numerous small owner-operators, suffers from poor quality vehicles, low service standards, high pollution and accident rates, over-crowding, on-street competition for passengers, little adherence to schedules, and weak fare control—problems attributable to ineffective regulation and little accountability, causes which have proven to be resistant to political changes. Better information could be a first step in improving services, regulation and accountability, and planning while opening up possibilities for user-based service innovations. In the United States, for example, widespread adoption of automatic-vehicle-location (AVL) technologies by publicly run public transportation services has led to an “open” approach to real-time data dissemination (as documented by former Harvard researcher Francisca Rojas).

Publicly releasing bus positions and predictions has, for instance, enabled third party developers to produce smartphone applications (apps) for users. The agencies transform the data for public use, ensure data quality, and build the interfaces for public data access, while app developers transform the data for “consumption” by users, often providing the apps for free or at very low cost. Nonetheless, the relatively high cost of AVL technologies and the centralised form of implementation may simply make such approaches non-viable in many cities of the global south. Might the smartphone change this technology landscape and provide an opportunity for developing cities to “leapfrog” traditional AVL approaches, just as has happened with mobile telephony more generally?

Smartphones, equipped with the same or even better time and location sensors than traditional AVL technology, can potentially be utilised as portable AVL sensors at a fraction of the cost. Importantly, and distinctly from traditional “passive” AVL sensing technologies, smartphones can also be relatively easily converted into counting and surveying devices, enabling the simultaneous collection of data on service dimensions (like crowding, user characteristics, demographics and satisfaction). Such smartphone-based surveys carry the added benefit of having precise time and place “stamps”. Furthermore, by potentially putting data collection capabilities into the hands of users themselves, smartphones may lay the foundation for truly intelligent cities.

Thomas Erickson, from IBM Watson Research Center, suggests that “tapping human intelligence” and enabling users to sense, analyze and act on urban systems themselves, will increase the likelihood of creating “legitimate” smart cities. The expected increased penetration of smartphones in the urban global south provides an interesting opportunity to scalably, quickly, accurately and precisely collect bus system data; it also allows for this to be done in a manner that keeps the data accessible to the public. Can smartphone-equipped users become the sensors who collect data that improve their own user experience and thus obviate the need for operators or the government to step in?

Unfortunately, in the near term, smartphone penetration rates are relatively low in much of the global south, particular among public transport users. Such a reality makes crowdsourcing unlikely in the short-term; instead, we proposed and tested a flocksourcing approach, a technique to rapidly collect bus data, pairing digital smartphones with purposely directed human sensors to quickly and scalably collect multidimensional layers of bus system data in precise detail. Over the period January-March, 2012, we successfully tested three technical elements in Dhaka: (1) the accuracy of the location sensing; (2) the speed of the mobile data network; and (3) performance limitations of locally available hardware, specifically the screen size and resolution (since the touch screen is the input mechanism for some measurements). Our design principles were simple: (1) minimize costs by leveraging free and open global tools (MIT App Inventor and Google Fusion Tables and Google Maps); (2) simplify user interaction by using icons rather than text; and (3) streamline the number of steps required for a user to start collecting data.

Our original goal was modest: identify the deployment scale required to develop an accurate operating portrait of two highly travelled city routes, including speeds, crowding, adherence to routes and their variations across times and days. We also wanted to test the viability of using the technology for carrying out on-board surveys. Ultimately, eight flock members covered the routes for a week, carrying out 270 rides, recording over 10,000 passenger counts and bus location points and surveying over 1000 on-board users. The approach has numerous administrative benefits: almost instantaneous monitoring, from anywhere with an internet connection, and high accountability, since location data are difficult to falsify. The two pilot routes were precisely mapped, with corresponding travel time and speed profiles throughout the day. That information, combined with the on-board surveys, revealed some promising insights, such as detailed information on bus user satisfaction levels. For example, we found that user happiness (recorded by the flock) seemed to decline when crowding was at its highest, although we found variation across specific companies (note, the sample was not necessarily representative).

The volume and range of data collected in this pilot are promising, especially in a data-sparse environment, and given the very low-cost of the project. Nonetheless, a larger question remains: towards what end might flocksourcing be technologically appropriate and useful? In the short-term, low smartphone penetration rates may make pure citizen-led efforts prohibitively expensive. In ongoing work we are examining the socio-technical implications of these techniques, including better understanding the information needs and interpretations of users in different contexts, continuing the work in Dhaka and exploring another mega-city of the global south: Buenos Aires. An MIT colleague, Sarah Williams, is carrying out similar work in partnership with the University of Nairobi, focusing on Nairobi’s matatu system.

We hope such work represents only a few of the thousands of small, but important, steps along a less-motorised path to sustainable development, enabled by mobile-based mobility.

P. Christopher Zegras is an associate professor of transportation and urban planning in the Department of Urban Studies and Planning/Engineering Systems Division at the Massachusetts Institute of Technology, USA. This article is based, in part, on a paper written together with Albert Ching, Stephen Kennedy, and Muntasir Imran Mamun