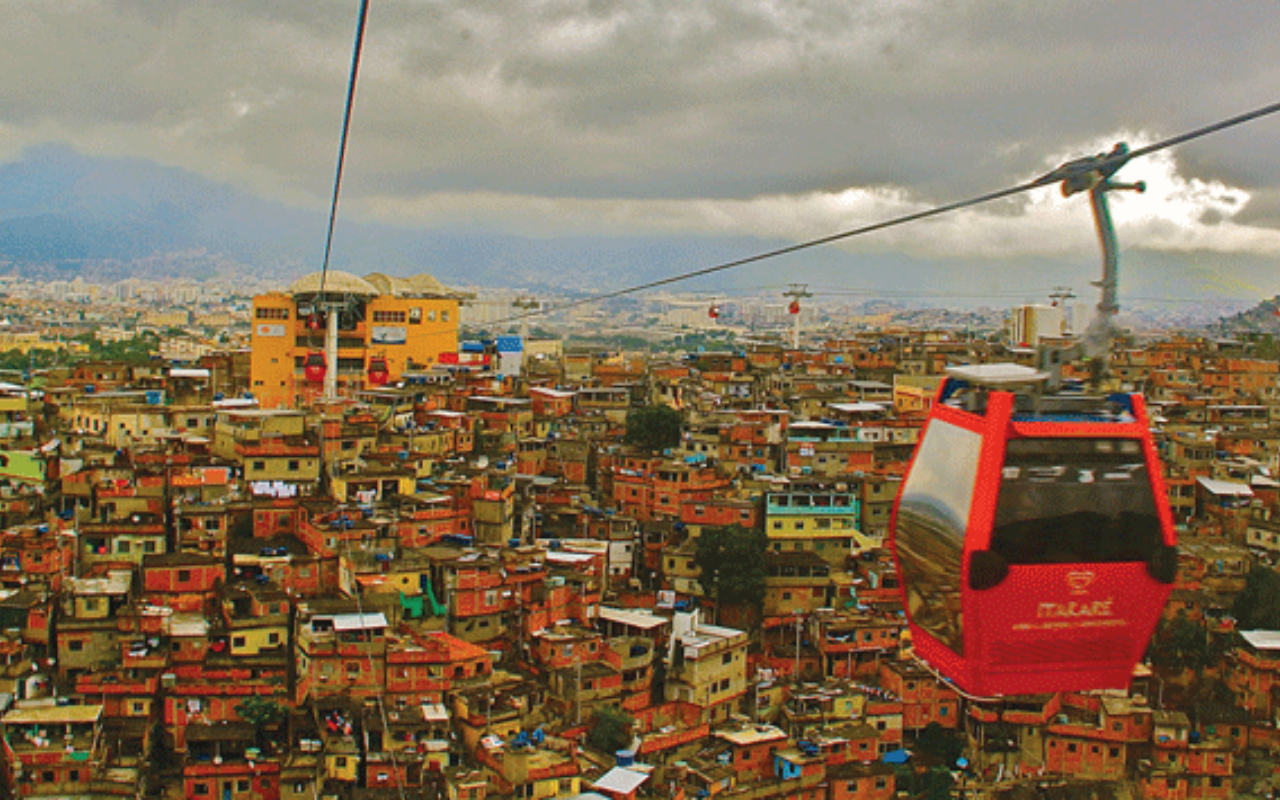 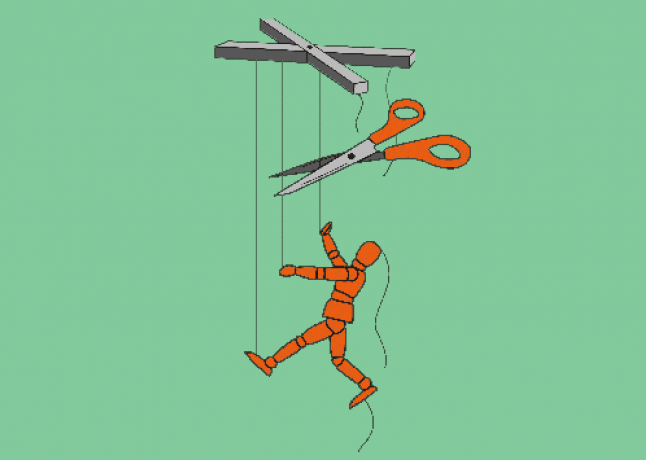 In cities where a significant proportion of the population has historically relied upon their own initiatives, the concept of endurance is an important strategy for connecting seemingly dissimilar experiences 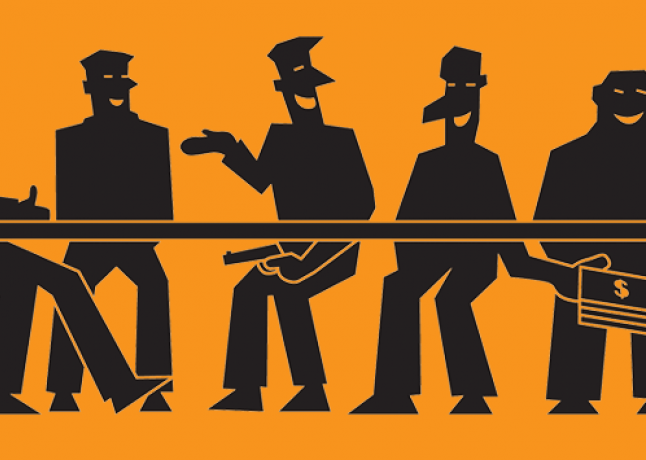 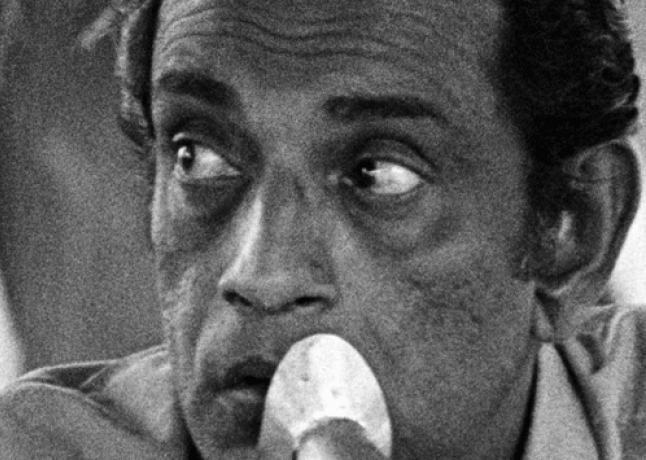 Satyajit Ray was a complex and contradictory figure, but in his capacity to engage with the inner lives of many different types of people and to find the right expression for them he has emerged as one of cinema’s most universally appealing directors 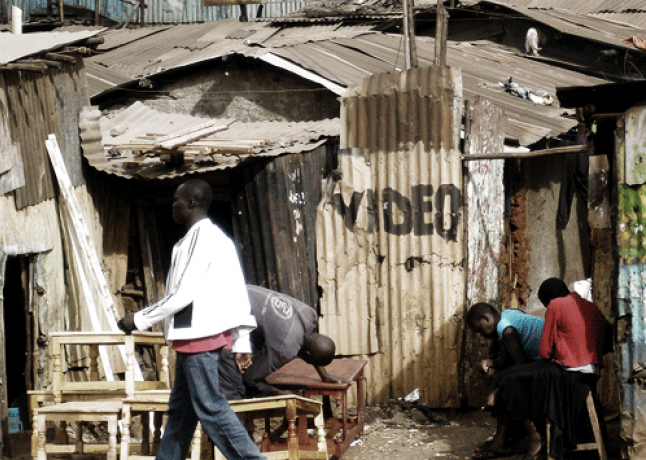 Kibera is a large informal settlement located five kilometres from Nairobi’s city centre. Its urban form is familiar across Africa, but Kibera’s history is culturally particular and personal to Kenya. We meet Millicent Auma Otieno, a local resident whose story tells a larger tale. 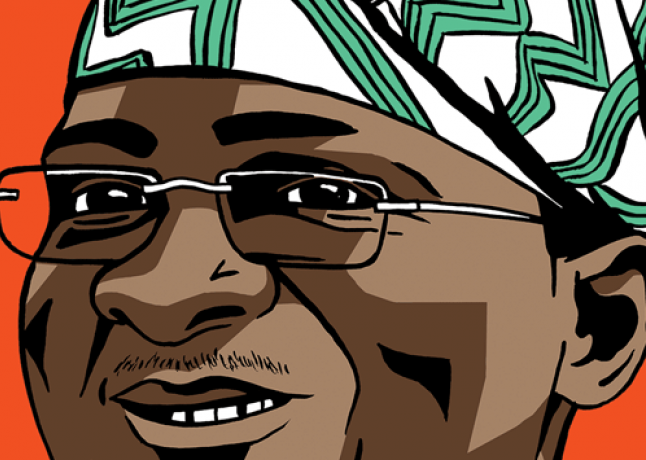 The Labours of Mister Fashola

As the thirteenth governor of Lagos State and de facto mayor of the city of Lagos, Babatunde Raji Fashola, a soccer loving former lawyer was hailed as a “rare example” of a civic leader. He spoke to Ore Disu in 2012 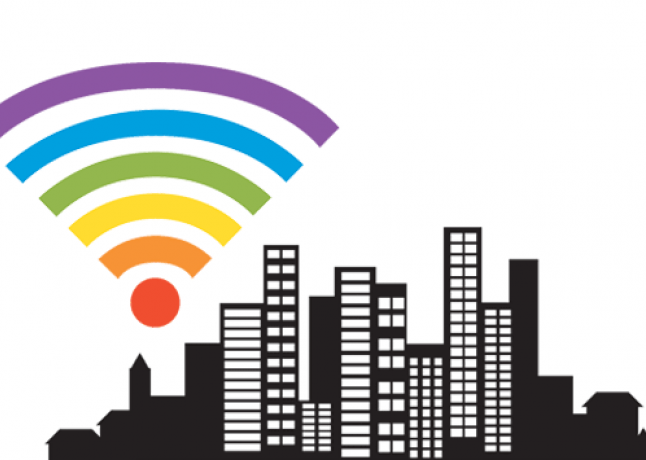 While the African mobile revolution is widely heralded, little attention has been given to fibre-optic and public Wi-Fi infrastructure, complementary technologies that play essential roles in urban development 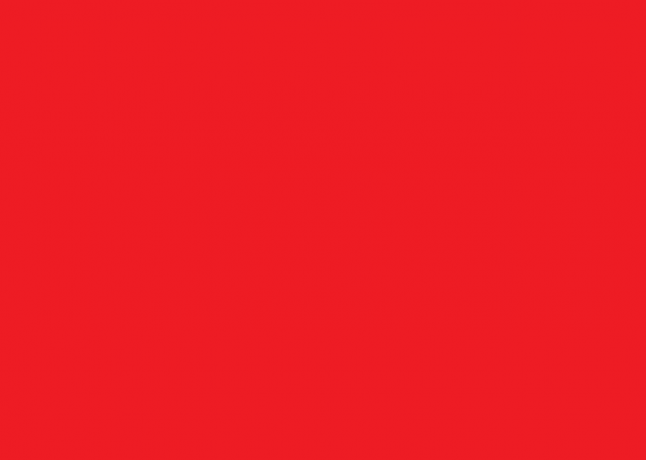 Big data, much of it generated by smartphone-equipped city residents, is fundamentally changing the way we understand, plan and operate urban mobility systems 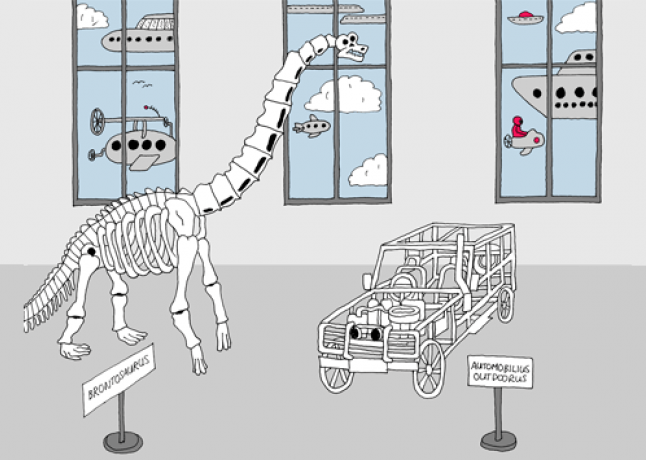 An End to Big Oil?

The current steel-and-petroleum car system cannot endure, with a number of different scenarios looming on the immediate horizon 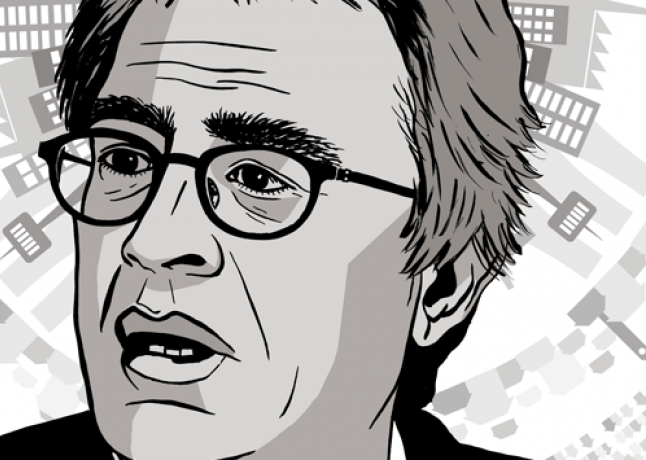 The Scopic Regimes of Urban Neglect

We are living in an era marked by many dystopian visions of the future, says distinguished urbanist Ash Amin. Upending them will require work, he tells Matthew Gandy in a wide-ranging discussion that also assesses the contemporary neglect of the urban poor, their infrastructural rights, as well as the use of big data and smart technology in managing cities 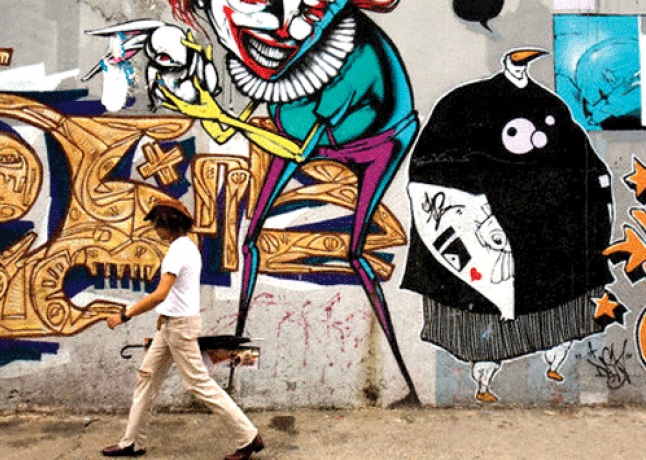 Urban Scholar, Professor Teresa Caldeira on how São Paulo’s ubiquitous graffiti and pixação are subverting notions of power and authorship in relation to the production of urban public texts

Things We Don’t or Can’t Notice

Novelist Imraan Coovadia talks about poetry, fish, not having fun as a writer and the appropriateness of South Africa’s minibus taxi industry as a subject for literary fiction 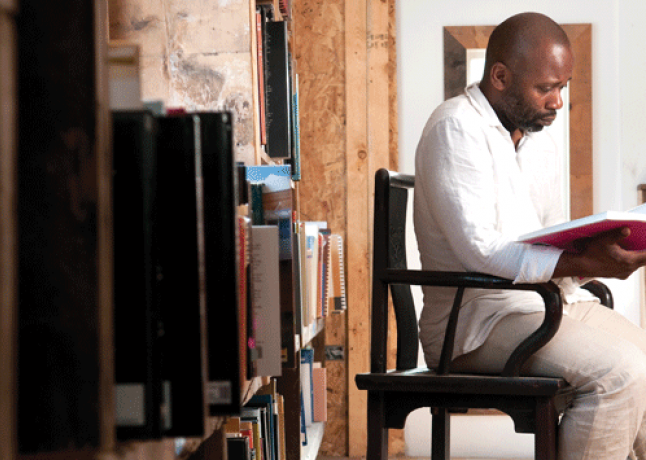 Theaster Gates is a Chicago-based artist with concurrent qualifications in urban planning, religious studies and ceramics. He talks to Clare Butcher about spending time in Cape Town and the acute point of transgression offered by his practice of place making. 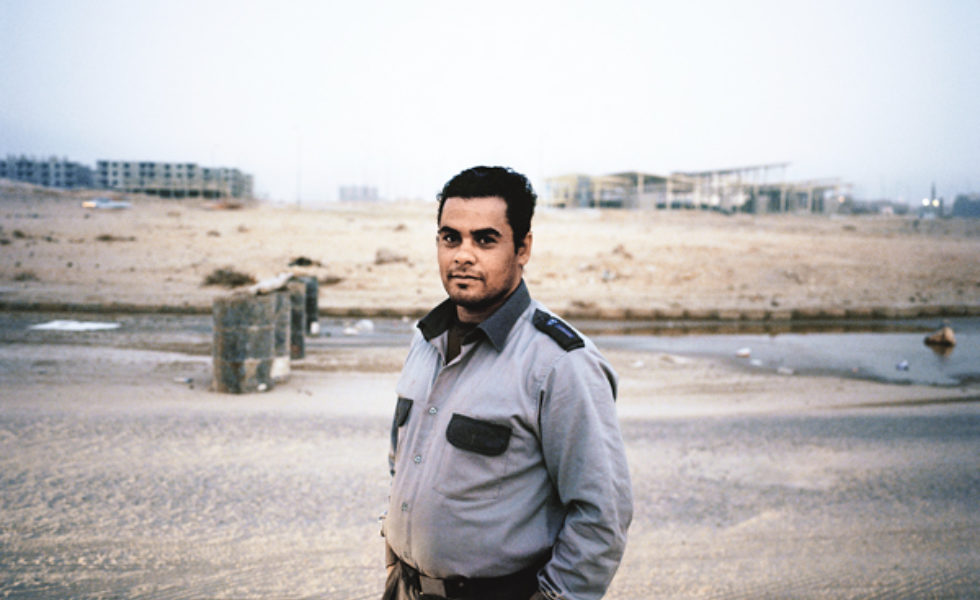 Most capitals are magnets, says British-born Jason Larkin, who moved to Cairo after completing his studies in photography in 2007. The speed with which Cairo has grown in the last century—from 600,000 in 1900 to around 18 million—is, however, testament to both its remarkable centripetal power and surrounding vacuum of opportunity. Africa’s largest urban metropolitan area, Cairo is home to nearly a quarter of all Egyptians. Slums are a pervasive feature of its cityscapes. The Ministry of Planning says there is a need for 5.3 million housing units to accommodate the expected increase in population to 23 million. Cairo’s growth is however constrained by the arid geography that surrounds it. This has not stopped Cairo’s elites from acting on their dreams of escape. “Cairo’s future, it seems, lies outside the city’s boundaries, in the desert, where it can be built from scratch,” says Larkin, who was drawn to Cairo’s desert periphery because of the construction currently taking place. “I was mesmerised by the exposed layers of new urban centres being developed among the desert dunes,” he says. “In focusing on these landscapes I wanted to capture the reality of fantasy lifestyles in mid-production, to document the extravagance of a few whose wealth put sharp focus on the fact that 40% of Egyptians live on less than $2 a day. The surreal remodelling of the landscape shows little appreciation for the environment it is rapidly colonising. From the decisions of a few, Cairo is morphing its periphery into its core whilst condemning the previous centre to a life on the margins. I felt witness to a mass exit strategy taking shape, and with the camera, recorded the foundations of abandonment in pursuit of self-interest and exclusive isolation.” * www.jasonlarkin.co.uk 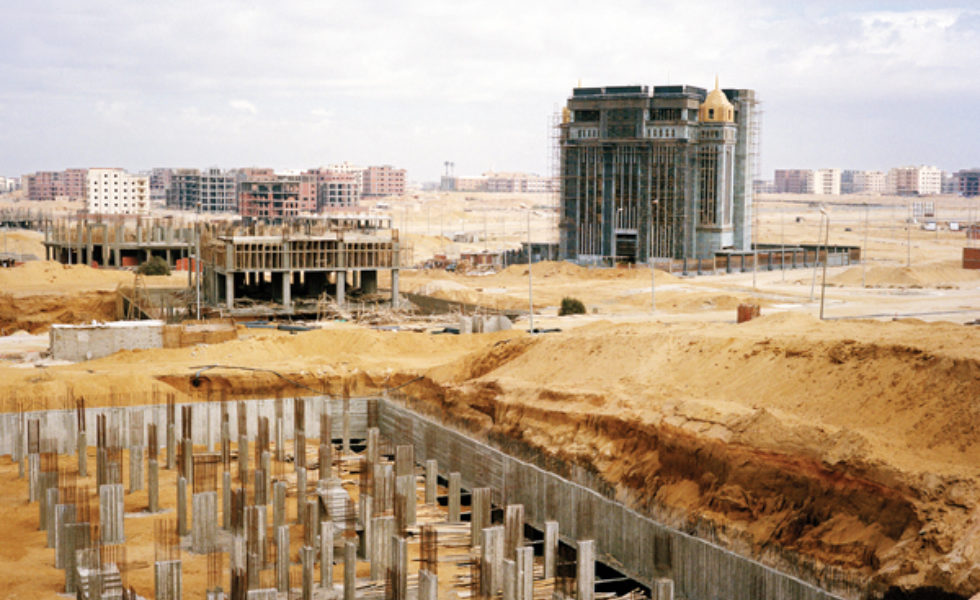 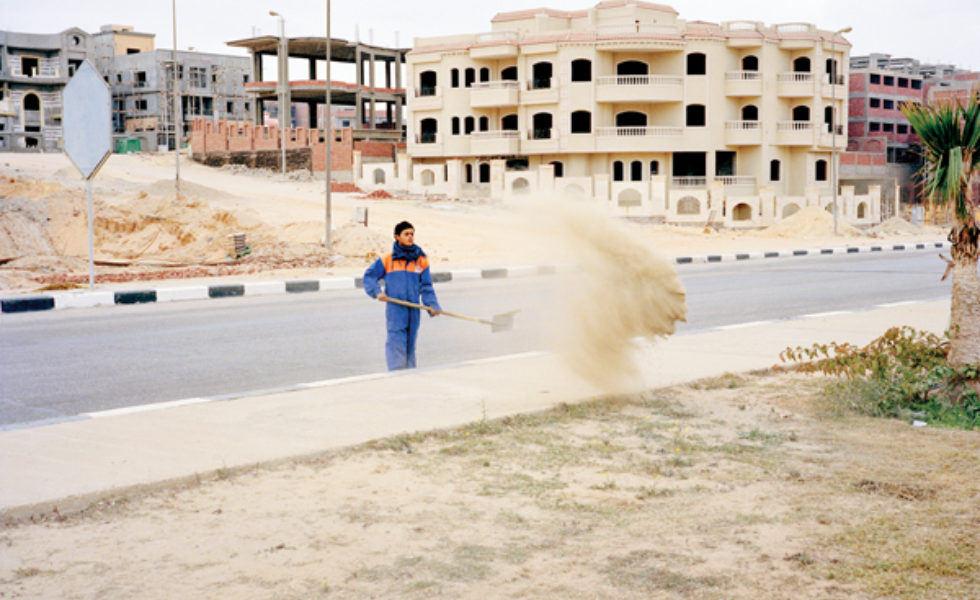 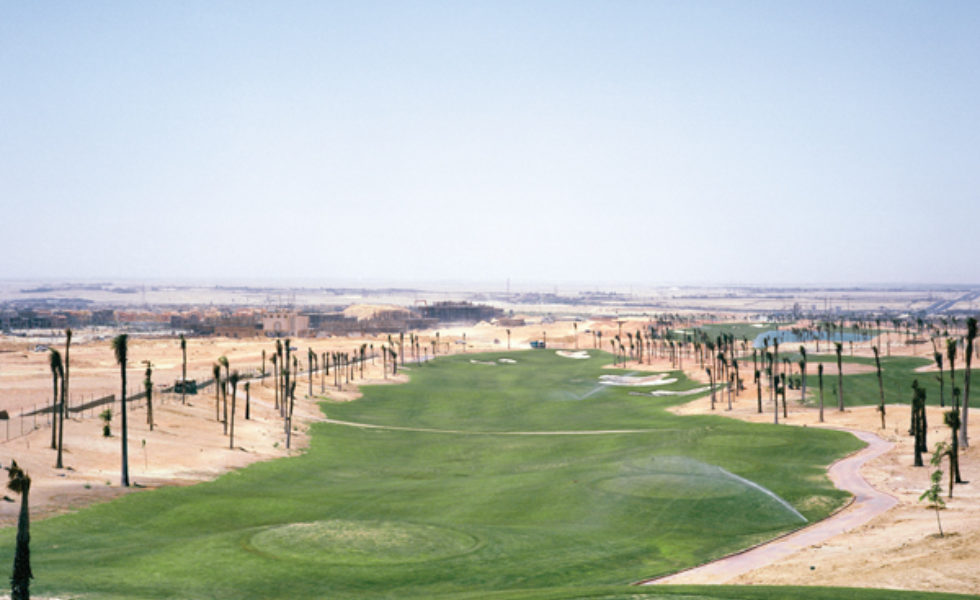 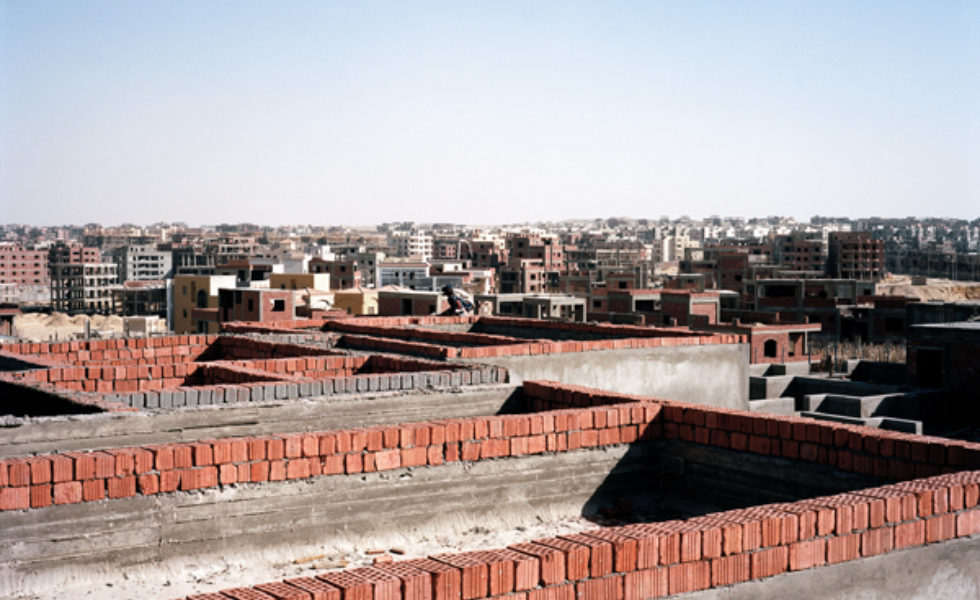 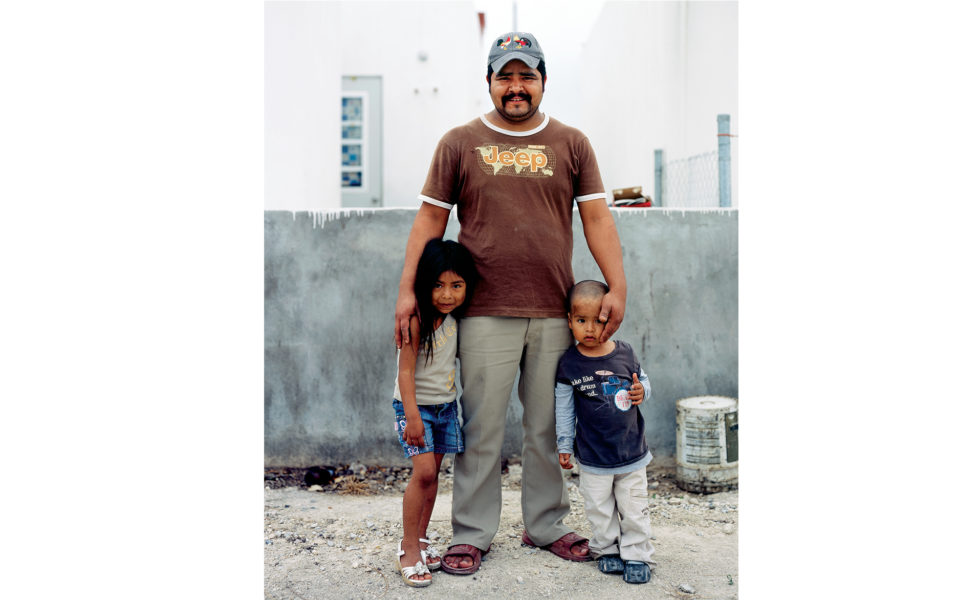 The People of Surburbia by Alejandro Cartagena

Throughout much of the last decade, Mexico’s export economy struggled to compete with that of China, which started undercutting Mexican manufacturers after joining the World Trade Organisation in 2001. The pendulum has however swung back in Mexico’s favour. “The minimum wage in Shanghai and Qingdao is now higher than in Mexico City and Monterrey, not least because of the rocketing renminbi,” reported The Economist in 2012. Transport costs from Mexico to the neighbouring United States are also far cheaper. The revival is partly attributed to Mexico’s free-trade model of doing business, a laissez-faire approach that has also impacted its urban landscape. New box homes in new grid-mapped suburbs have rewritten the traditional boundaries of its cities. In the affluent northern city of Monterrey, which is home to a range of multinational companies, including Mercedes-Benz, Samsung, Toyota, Siemens and Whirlpool, construction firms have been feeding—some argue overstimulating—the demand for new houses. Interested in examining social, urban and environmental issues through photography, Alejandro Cartagena, a Monterrey resident born in the Dominican Republic, embarked on an ambitious five-part project to document the suburban sprawl in his hometown. As the new suburbs have taken shape, he has noticed the inadequacy of their roadways, parks and public transport systems, also the increasing divorce between Monterrey’s well-developed core and its fragmented new peripheries. Of this particular essay, entitled “People of Suburbia”, he writes: “… my commitment as a photographer is not only to denounce our need for a privately owned household, but to point the struggle our contemporary world faces between the ideals of capitalism and the striving and desire for fairer and more equal cities in which to live in.”* www.alejandrocartagena.com 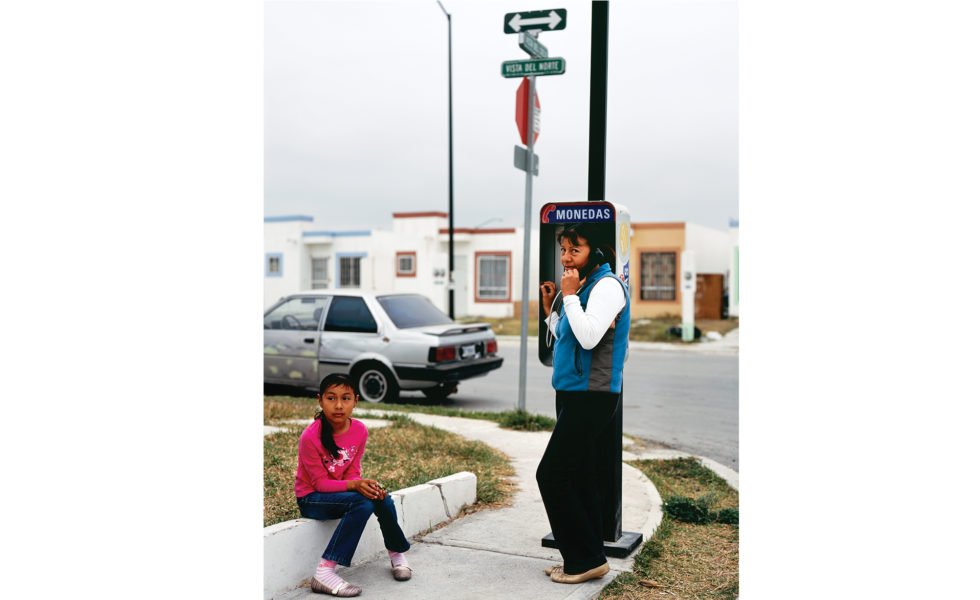 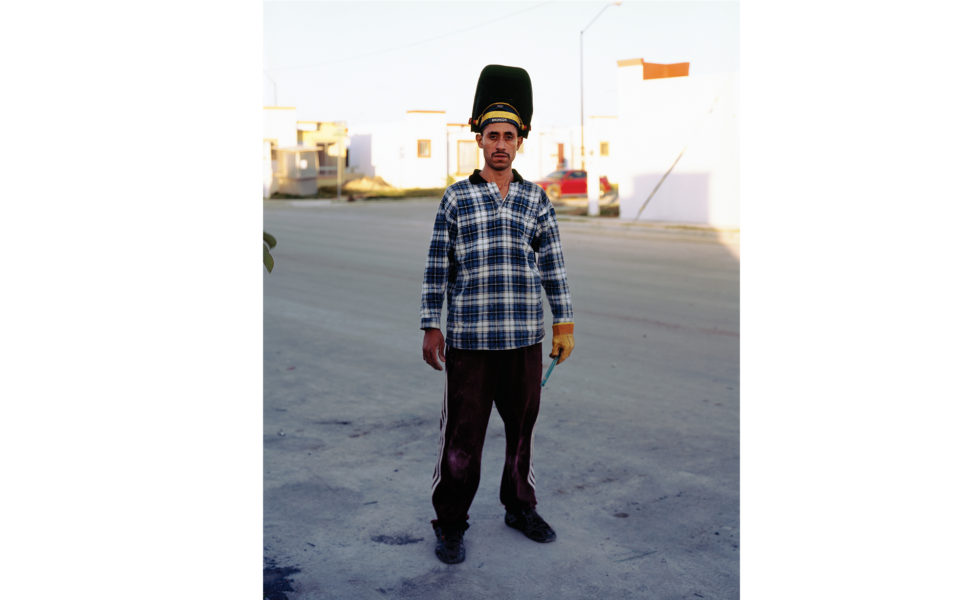 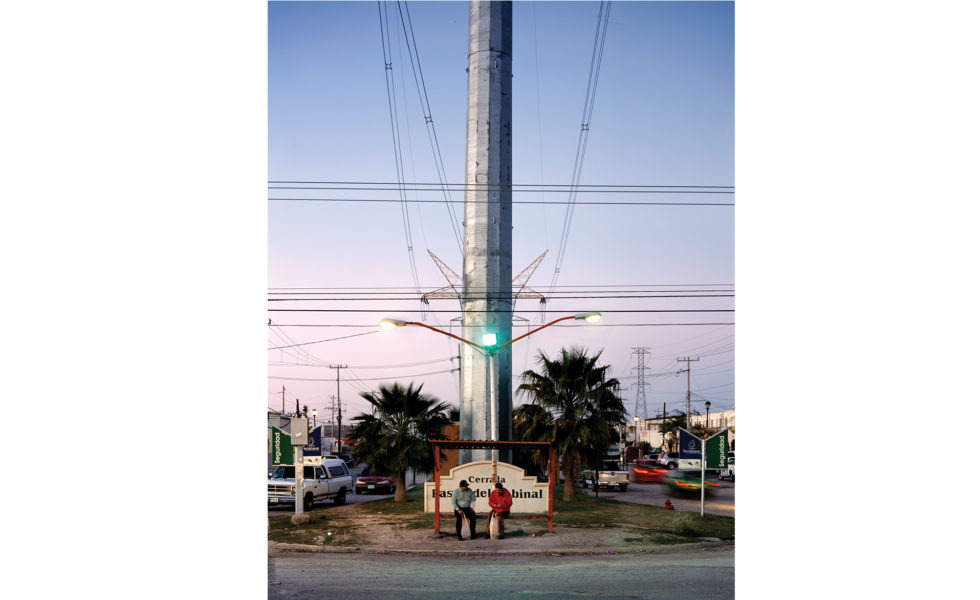