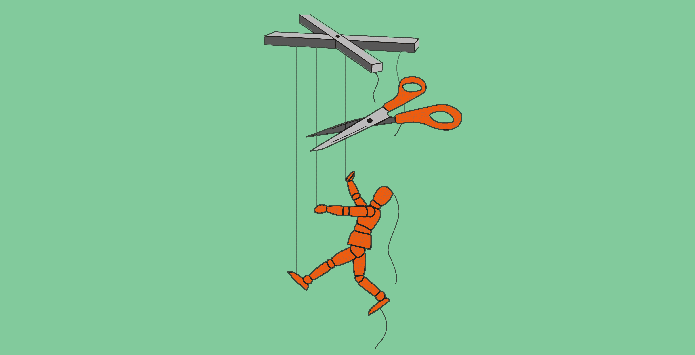 In cities where a significant proportion of the population has historically relied upon their own initiatives, the concept of endurance is an important strategy for connecting seemingly dissimilar experiences

Endurance means something different than survival. A lot of emphasis has been placed on how residents, particularly the large numbers of urban poor survive the city. Sometimes their survival efforts are realistically acknowledged—a great deal of resilience and street smarts are demonstrated under otherwise debilitating conditions. The celebratory narrative albeit sometimes gets out of hand and the poor then become urban heroes, proof of the resilience of human ingenuity and spirit no matter what is thrown at it. There is nothing necessarily heroic about demonstrations of a willingness to rush to the bottom.

On the other hand, a lot of people are baffled about how the poor manage to survive, as if only a truncated view of middle class efficacy constituted the terms of survival. One can hear almost a palpable sense of relief as massive statistical toolboxes are paraded out listing high mortality and crime rates for the poor, as well as a host of psychological, medical and social problems. Especially when cities are dangerous—like Karachi or parts of Rio or Caracas, for example— stereotypical notions of survival seem predicated on a capacity to remain almost invisible. If one tries to be or have something of any significance, it is bound to attract all kinds of unwanted attention and the chances are that the person is not going to be around for very long.

To quickly cite a common political example, the survival of a Palestinian “nation” seems predicated on a univocal commitment to a Palestinian identity elaborated through a history of dislocation and oppression. Regardless of where any Palestinian may be located, the stereotypical assumption is that this long legacy of suffering yields a definitive and common sense of identity, some kind of underlying presupposition.This identity then can only be completed in the concrete inauguration of a Palestinian nation. But what if this long history of dispersal, without recourse to a sovereign, national form of coherence, proliferates many ways to be completely Palestinian across a series of fractal nations, and where an almost algorithmic operation identifies various forms of similarity amongst them. Rather than keeping something definitive intact, the idea is to experience the various conditions to which different Palestinians are subjected in order to conclude a sense of similarity as time goes by.

Endurance is thus a means of continuing to continue not attributable to some inner force or underlying proposition. It is not the unfolding of a plan, or a well put together personality, full of fortitude able to roll with the punches and flexibly duck and dive all of that would threaten its dissipation. Endurance depends upon the continuous fascination of discovery—the willingness to suspend the familiar and even the counted-upon in order to engage something unexpected. This engagement may sometimes simply reiterate a commitment to what already is, where the person decides that it is better to stay put with what is familiar. At other times, effort is made to find a way to make what is discovered useful, to incorporate it into one’s life or see it as another vehicle to be occupied, and where time and energy is transferred from one way of being in the world into another.

To make something feel similar is not a matter of finding the terms through which one way of doing things or being is translated into another. Translation certainly exists as a necessary and constant activity of interchange—it is something that we do all of the time—and endurance certainly relies upon the capacity of the diverse experiences and perspectives of different actors to be translatable. But there is no plan that an observer sees in its entirety that originates in a single intention and then unfolds across the trajectory of space. This doesn’t mean that there are no intentions; it doesn’t mean that people do not set out to do harm or good. Rather, the intention doesn’t guarantee a certain path. It simply means that it is difficult to put together a way to see events as sufficiently similar to conclude a relationship among them.

For example, friends of mine who live in Kinshasa will often say that even if one day after another seems to be the same drudgery, the same banal existence, even this—the “same old same old”—cannot be counted upon as any reassurance that “life goes on”. For people also live in “what could have happened”, and in living in this potential or possible disjuncture, the “return” of the same old daily grind is experienced as something else. And if this is the case, then, as they say, things that don’t seem to go together at all can be experienced as somehow joined and relevant.

So endurance is a by-product of bridge building—a way of concluding a trajectory of movement that makes things similar no matter what they might be. This similarity, then, is lived through as a means of continuance. Ways of life, territory and identities may indeed be defended needlessly to the bitter end. Outcries that something should survive at all costs are certainly not unfamiliar in all cities. But the capacity to endure—in other words, the capacity to construct lines of connection between seemingly disconsonant experiences or ways of doing things, and which are without confident translations— is perhaps more significant.

In cities where a significant proportion of the population has historically relied upon their own initiatives—in various forms of combination with the initiatives of primary institutions and various associations and networks—many different things are going to take place. Buildings will assume all kinds of shapes and sizes, economic activities will take place at various scales with various degrees of seriousness, investment and management smarts, and all kinds of emotions will come to the fore—particularly as many of these initiatives won’t work. Hopes will be raised and quashed; people will get greedy but also spread their good fortune around; people will get desperate and try anything, while others will hold on to whatever they have.

How do residents continue then through this diversity of intensities, events, calculations, losses and gains? A sense of similarity would have to be constructed; a sense that no matter what people are doing, there is sufficient similarity amongst them that enables them to be co-present. It doesn’t mean that they necessarily have to like each other, get along, invite each other to dinner, take each other into consideration, or organise various formats of solidarity. Rather, the willingness to see and feel similarity is the modality of enduring through this daily urban life *

AbdouMaliq Simone is an urbanist and professor of sociology at Goldsmiths College, University of London, honourary professor at the African Centre for Cities, University of Cape Town, research associate with the Rujak Center for Urban Studies and research fellow at the University of Tarumanagara in Jakarta. He is co-editor of the upcoming volume Rogue Urbanisms (Jacana)