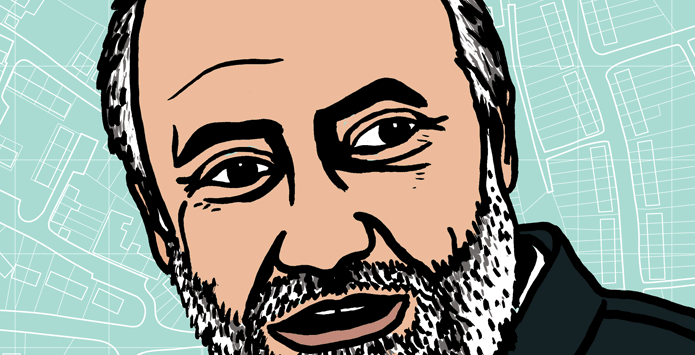 A conversation with architect and urban designer Rahul Mehrotra

Last year, in an interview with The Hindu, a Chennai-based daily, Rahul Mehrotra, redirected what was ostensibly a publicity opportunity for his new book, Architecture in India Since 1990, to highlight some of the core problems confronting urban design. His case study was India. “I think the biggest challenge in the coming decades for Indian cities,” conjectured Mehrotra, “will be the way they reconcile manmade environments (buildings), infrastructure and natural systems (which comprise the terrains they are situated on). How through design we fold these three systems efficiently and seamlessly into each other is what’s going to determine how sustainable cities are going to be.” There is sufficient cause for concern, he suggested. “Thus far it seems in our cities we imagine these three systems independently by different constituent groups and agencies in the city. This has to merge somehow into a single holistic vision.”

Urban design, which once aspired to create the feedback loops between the different forces independently moulding the built environment, offers the potential of a practice framed by a single holistic vision. In theory. Somewhere between the late 1970s and the 1990s, says Mehrotra in his interview with Edgar Pieterse, urban designers capitulated to developers. In his capacity as an influential educator—he is chair of the Department of Urban Planning and Design within the Graduate School of Design in Harvard University, the first US tertiary institution to establish official programmes in regional planning, in 1923, and later urban design—he hopes to mobilise “constituencies to resist the status quo”.

Mehrotra’s fighting language is founded on a core of optimism in what he does. Urban design, he told The Hindu, has a big role to play in closing the loop on the abstraction (and non specificity to form) and the site specificity of architecture. “Facilitating design reconciliation urbanistically,” he said, “could convert these conditions of sometimes disparate adjacencies into the strength of Indian cities where diversity is reinforced and yet made efficient; this is what would identify Indian cities and make them unique and be a true reflection of our democracy.” It is a hope that extends beyond just India and her populous cities.

Edgar Pieterse: Having taken over as chair of the oldest urban design school in the world, what do you see to be the central debates that are confronting the field at the moment?

Rahul Mehrotra: At Harvard University urban planning has oscillated between the Kennedy School of Government and the Graduate School of Design (GSD), and never been really clear whether it’s about policy or projective imaginations. Like urban design, it is faced with some central challenges about its role and relevance in the future—I’ll start with urban design, because it is simpler, as perhaps it is more a practise than a discipline.

In my understanding, advocacy was central to the agenda of urban design, something which was completely lost between the late 1970s and the 1990s, where urban designers, so to speak, got co-opted by developers

It is 50 years since urban design was started at the GSD. It came out of a very particular situation during the postwar period where, within the context of American urbanism, people like Joesph Lluis Sert were trying to throw up the flag and reclaim the position of design in the city—at the moment that suburbia emerged as a dominant urban form in the United States, with the ensuing devastation of inner cities it prompted. With its strong focus on building and reforming city centres, urban design was about trying to create centeredness amidst suburban drift. But I think it was also, in its broader agenda, very much about advocacy—something which has dissipated over the last couple of decades.

Alongside this mission, the other aspiration was to promote the training of a body of professionals—architects by background—to speak the language of planners, trying to bridge the gap between the three-dimensional implications of abstract two-dimensional policy on one hand, and the site specificity that architects were being limited by on the other. Architects were becoming very blinkered in their approach to a site and not taking cognisance of the context, the larger urban fabric they were working in. Thus urban design aspired, as a practise, to create the feedback loops between these different forces that were independently moulding the built environment.