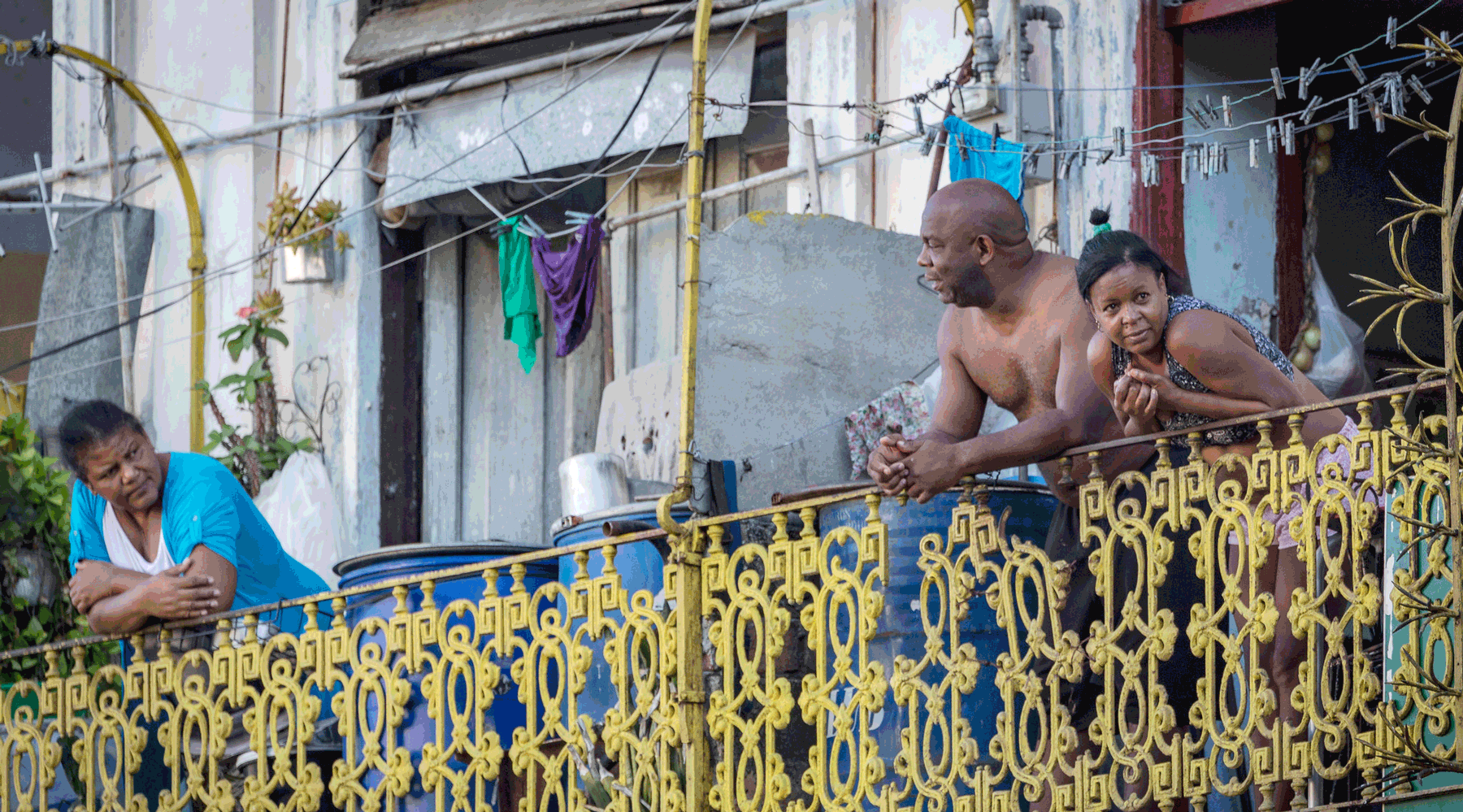 On the one hand, domestic territories are expanded spaces of social reproduction (popular economies). All those communitarian and popular spaces where reproduction “overflows” household confinement structure the landscape in extensive and popular feminised ways of generating income and providing care. The traditional responsibilities of women as managers of the household have been expanded and now involve collectives of women in building new territories of care. These feminised practices of social reproduction appear to resolve and replace—as well as critique—the plundering of public infrastructure. Domestic territories have become spaces of collective, territorial and neighbourhood reproduction in the face of the systematic looting that has deprived many urban areas of their basic sustenance.

These domestic territories become a territory of forced internationalism. This is due, in part, to the migrant composition of popular economies: they use their transnational experience to weave networks and alliances that make internationalism into a force of everyday connection. Today, it is popular economies that are building a common infrastructure that provide nominally ‘basic’ services such as health care, electricity, education, security and food. In the midst of the pandemic, it is the work deployed in those expanded domestic territories that responds to everyday emergencies involving food, health, housing and gender-based violence.

But, and this is where the double meaning asserts itself, domestic territories concern households in crisis. Owners and real estate agents have taken advantage of the difficult situation of the pandemic by threatening and harassing tenants, sometimes directly abusing them by not renewing contracts, and even going as far as to evict renters. Women with children, lesbians and trans persons are more likely to have lost incomes during the pandemic, and harassment can turn into more direct forms of gender-based violence. These actions constitute what we term the violence of property.

This violence of property also flares up in the informal real-estate market, in which homes are frequently shared and rooms rented out. Debt is the prelude to eviction and, at the same time, a way to postpone it. For many people, evictions mean living on the street or returning to violent homes from which they had previously escaped. It means overburdening family members and producing situations of greater overcrowding and precarity.

During the pandemic, households are increasingly assembled through forms of telework, platform economies and household debt. A new intensive colonisation is taking place that seeks to restructure class relations, taking the most private space as a strategic one.

Home-factory is a common expression in Latin America and refers to non-stop production that takes place behind closed doors. We must think about how to reconfigure what Italian feminists, in their campaign for a domestic wage in the 1970s, argued when they said “the home is our factory”. In what ways has the home literally become a factory in a conventional sense, revising historical forms of home-based work such as occurs in garment sweatshops? What new forms of making things or providing services could be envisioned from the home as a productive base? For this, we need to also look at how home work is related to the transformation of domestic territories into factories.

Platform-based economies enter into homes in a particular way: either through payment platforms used to receive state benefits or delivery workers who guarantee cheap and precarious delivery logistics. There is an intensification of household debt, directly colonising social reproduction, and even generating new debts in the midst of the pandemic. Thus, everything that is seen as “confined” can go out into the open—newly public but only through the mediation of digital platforms.

The housing crisis is rearticulated by the de-romanticization of the home as a place of refuge, something that has already been made clear by the feminist movement’s struggle against domestic violence and exploitation. This transformation of the home was made possible by the deregulation of real estate, which facilitates excessive levels of profits for landlords.

These different forms of property violence are connected. Along with the increase in reports of gender-based violence following the start of the pandemic, there is also the gendered violence perpetrated on those who are held hostage by their landlords. This violence occurs both in the formal and informal real estate markets, which, in the midst of desperation, have witnessed speculation by landlords.