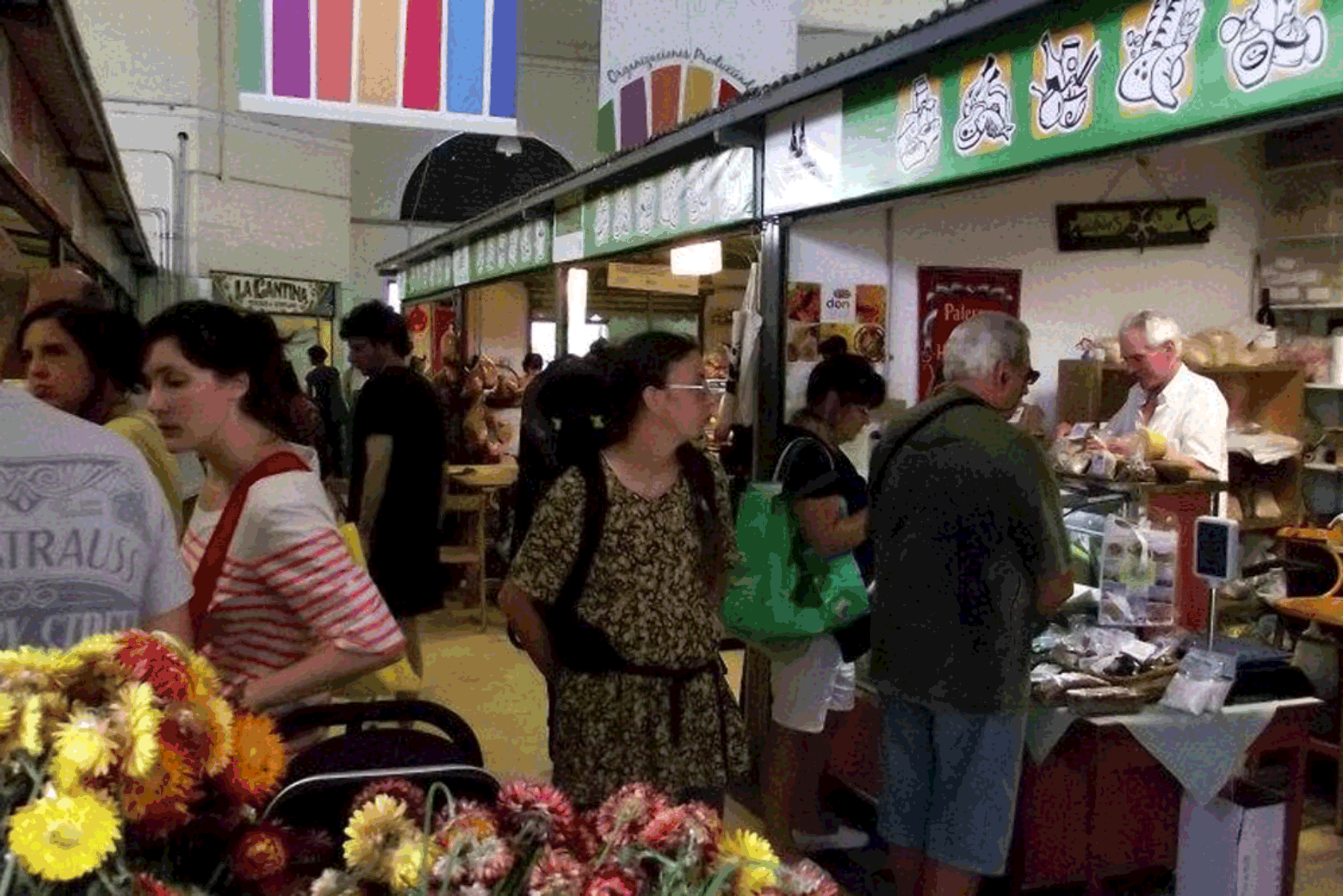 Mercado Bonpland is a small market in Buenos Aires, Argentina. It was established by the Palermo Viejo Assembly in an abandoned municipal market space in 2007 and encompasses 17 organisations operating their own stalls and selling products from fruit and vegetables and dried foods to drinks, books, pottery, clothes and artisanal products. Those involved aim to develop communal ways of organising that are autogestive, in other words, they involve a form of communally organised production that aims not to extract surplus value from labour, and attempt to create less exploitative working conditions and more dignified work. In this market and the associated networks of autogestion, workers organise strategic alliances and antagonistic strategies across varied social relationships. These workers create the economy, but at the same time experience precarity and exploitation. By engaging in antagonising practices workers acknowledge and engage in these everyday conflicts over productive and socially reproductive labour.

The concept of everyday antagonisms highlights the ambiguity of the popular economy whereby workers must navigate the challenges and potentials inherent in acts of making the economy. Highlighting everyday antagonisms is an attempt to focus on the political encroachment of the social relations of capital into everyday life, and within the production of the economy. This emphasises prefigurative collective action, as well as a broadening and decentring of what and who is political. In recognising everyday practices as political actions, all of the ways in which bodies occupy space and attempt to create spaces of manoeuvre for themselves become forms of political organisation and struggle. The process of producing antagonisms concerns the situated refusals, compromises and challenges—in, against and beyond—capitalist social relations as a complex web of resistance and creation.

As a tactic, the process of everyday antagonising is both a deliberate negation of the norms of everyday life from below, in order to demonstrate how it can be lived differently, and a series of acts that also draw attention to the inequality of capitalist processes. Everyday antagonising is a calculated gambit, which moves beyond resistance as refusal to expand the friction between resistance and creation. This friction is embedded in makeshift innovation, strategic relations, compromises and challenges of making the economy. The tactic of everyday antagonising forges new ways of reproducing everyday life, building strategies and strategic collaborations between more than state actors, territories and through social relations.

The market stallholders and associated production networks in Mercado Bonpland organise diverse economies, which illuminate possibilities for arranging economic relations differently. Concurrently, in an attempt to improve production conditions in process, the market stallholders navigate unequal, unfair and unjust systems of production, exchange and consumption, which they can only address in process. This means there are many incidences of conflict, exclusions, or challenges. Highlighting the tactics of everyday antagonisms that are revealed in this market, and the inherent continuing challenges that this poses, is not to undermine their work. Rather, in recognising that market stallholders and producers’ engagement in these antagonisms, focus is placed on the agency and strategy with which they continue their economic organising, embedded in existing realities.