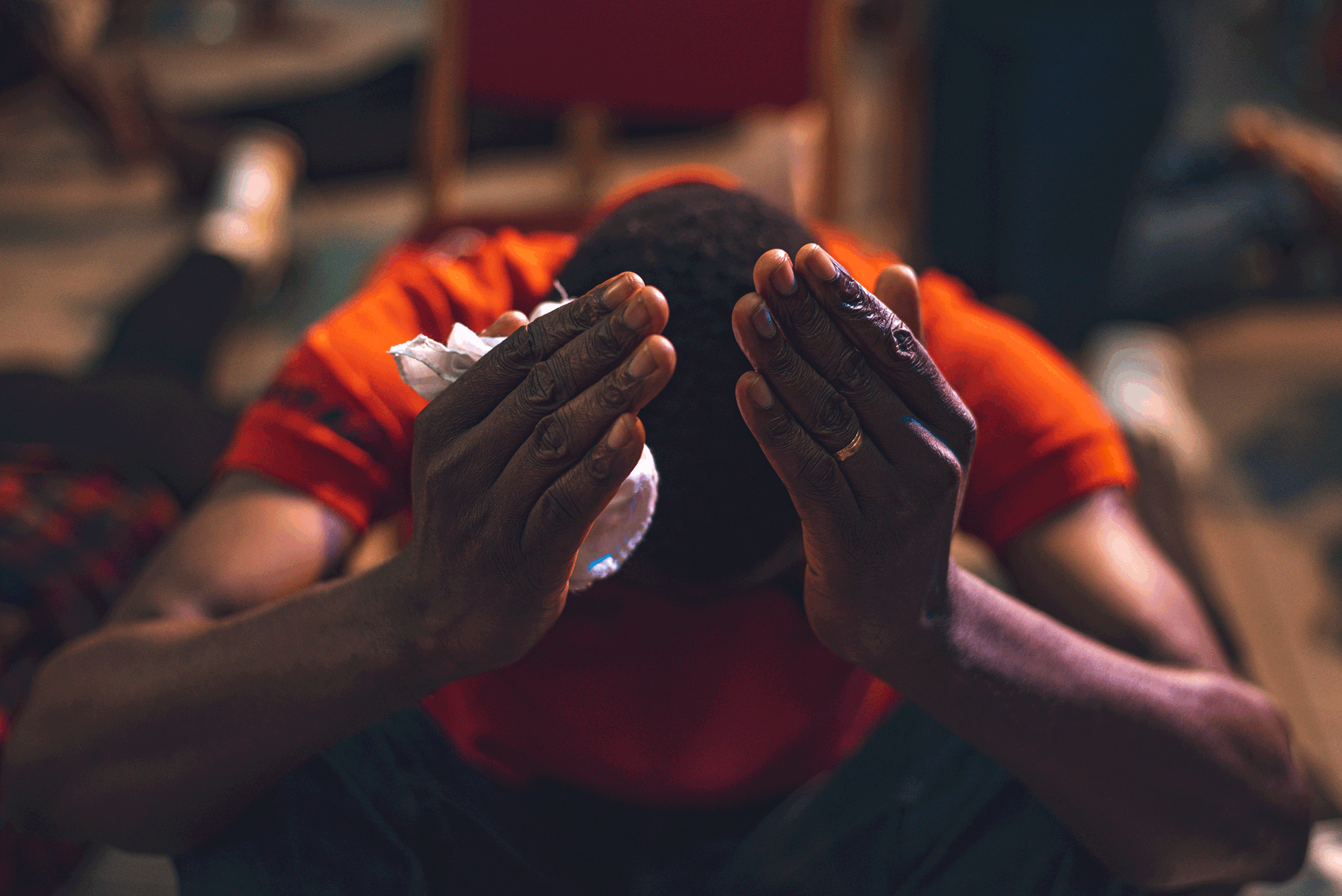 A friend and I recently visited a terrace-bar in Ngaliema, Kinshasa on a mid-week night. The terrace-bar is located along a ridge that is densely populated with small stores and bars. Not long after settling into our refreshments, people carrying plastic chairs over their heads started passing by the bar. After nearly a hundred people had passed with their chairs, we asked someone what was going on. We were told that the people were worshippers headed home after a two-day prayer session at a nearby church. The church occupied a tent and congregants had to bring their own seating.

After 48 hours of prayer, with only brief breaks for water and food, it was understandable that the churchgoers seemed a bit wobbly. With no apparent order, some of the congregants would suddenly stop at a particular bar, café, food stand or hawker, and put down their chairs. At first, given the little we knew, we put these interruptions in their journeys down to much-needed breaks. The terrace at which we were sitting was not in the immediate vicinity of the church, so it was clear that for many the walk back would be long.

Initially reticent, these small-improvised convocations became increasingly animated, and the thread of conversation would intensify. Some people would stay only a few moments and move on, while others simply adjusted their location, moving the positions of chairs within the group. Others would simply stop in the middle of the lane, content to sit alone. A few simply abandoned the chairs altogether, or exchanged them for no obvious reasons. The few chairs abandoned would be seized in seconds. All of their potential uses could not go unnoticed for long.

The parade seemed relentless, and we soon began to wonder if only a single church or prayer service was involved or whether a special two-day event had been held at several congregations in the area. At some point we were convinced that we had already spotted certain characters already and wondered whether some were pursuing a grand circuit. The white chairs held over black bodies in motion had an hypnotic effect, especially as some in crowd were not prepared to give up vocalizing the litanies of the past days. Since it was mid-week, we were also curious as to how so many people had found the time to devote 48 hours to uninterrupted prayer, and could now additionally afford to devote their hours to a game of musical chairs.

As a drinker at the next table remarked, the issue was not so much that they had missed work for a couple of days, if indeed they had work, or most certainly interrupted the busy search for getting by incumbent upon nearly everyone in this city. Rather, even as they had been gathered in this collective intensification of appeals for divine guidance and intervention—an effort that introduced new thermodynamics into the city—they had been “away” from the city for two whole days. Who knows what could have transpired during this time? This is cruelly ironic, since the hardscrabble struggle for survival seemingly never alters much of anything. Our neighbour chalked it all up to people taking the opportunity to “catch up.”

If this was the primary motivation—which, given the constant restlessness of seat adjustments, the moving to and fro from one convocation to another, and the highly erratic rhythms of the entrances and exits, seems far from certain—then it seemed that catching up on the situation itself could not be confident of a single approach. Catching up would require people coming at each other, as the sources of information, from different approaches and with different durations.

Another drinker at the same table, far ahead of his friend in the number of beers consumed, remarked that too much time with God inevitably makes a person lose their way, and that some had probably lost a precise sense about how to get home. Others, he remarked, may not even have a home, as he heard that some people simply carried these chairs from one prayer service to another, having perfected the art of both sleep-walking and sleep-praying, while also taking advantage of the food on offer. His sidekick was quick to chime in that with these days united in prayer, people’s minds were now clearer. The prayer sessions clarified how to sort out and prioritise debts payable and debts owed.

As the night wore on, the shaky electricity wavering between off and on, there were as many interpretations as there were designs for the unfolding of this exodus, which, no matter our speculations, was still headed home. But to a certain extent, no matter whether home was a definitive destination or not, a mobile sense of home was embodied in these chairs. It was a sense of home carried into and through different situations and conversations.