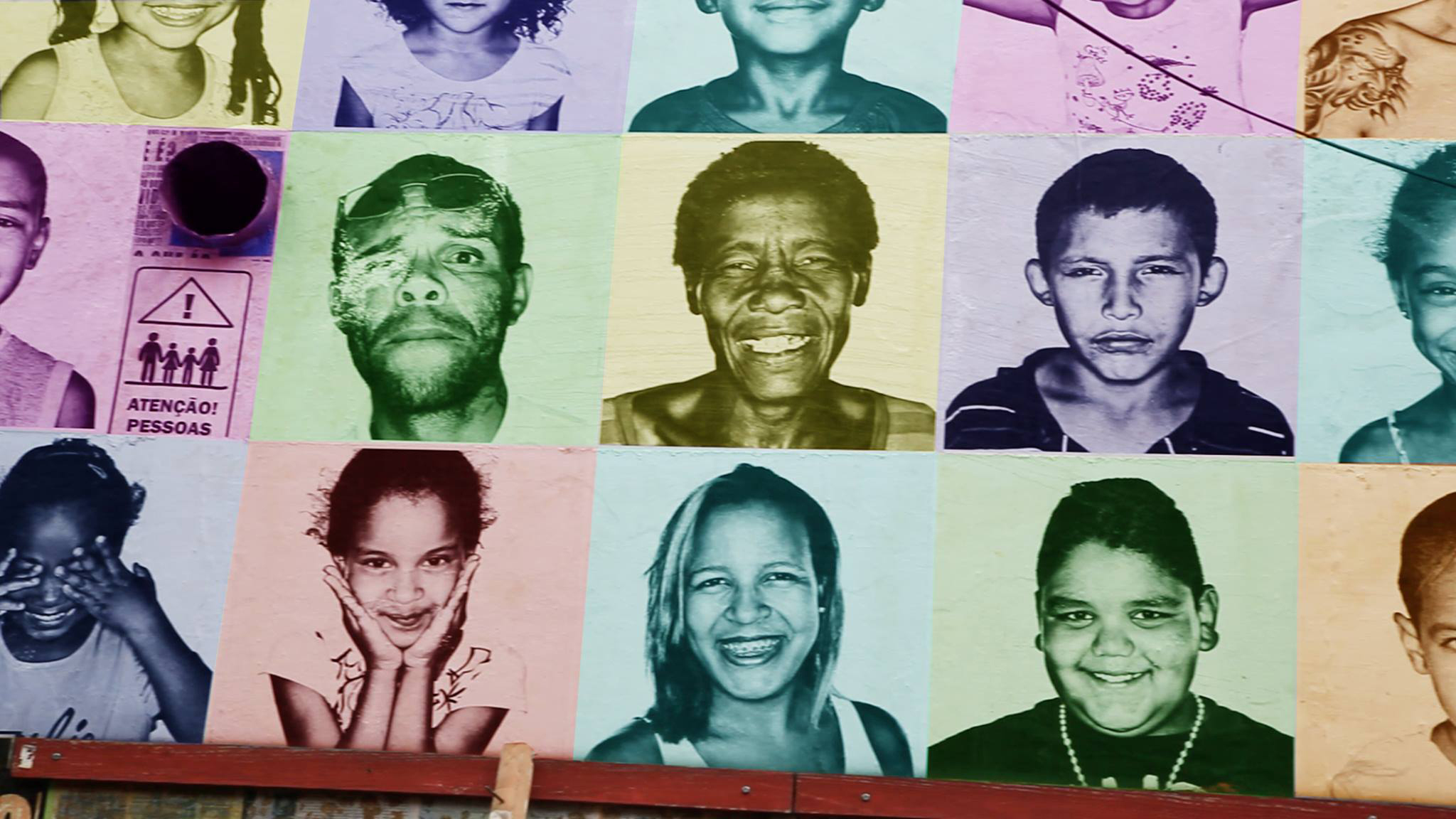 “If I move again in this area I will have the same problem,” said aging São Paulo resident Pedro after learning that he would be displaced from an intervention zone in June 2017. The involuntarily move would be his fourth such relocation in eight years. “You have to move, and the problem follows you.” A month earlier, bulldozers sent by São Paulo’s city administration had arrived without notice at Pedro’s previous address, a low-budget hotel, and promptly demolished it.

Seven years earlier, in 2010, Pedro was one of the first persons affected by the expropriation and demolition of residential buildings in Campos Elíseos, a historical district of São Paulo. The city’s State Secretariat of Culture had earmarked this territory for a new cultural complex, known as the Luz. The proposed complex, which was never built, was slated to include a theatre and opera house designed by the Swiss architecture firm Herzog & de Meuron.

Pedro’s first move after work on the unrealised Luz began in 2010 was to a rented room across the street. The building he moved into was located next to a low-cost shopping mall in what had once been a major bus terminal. When the mall and neighbouring pensão (boarding house) where Pedro lived were demolished to create space for the Luz, Pedro once again crossed the street and moved into another pensão. In 2013, the bulldozers appeared again, forcing him to move for the third time.

The land expropriated for the Luz remained vacant for almost six years, until the state government announced a public-private partnership arrangement to build roughly one thousand residential units. In 2017, as soon as construction of this housing scheme started, the new mayor signed an eminent domain decree to expand the project. Surrounding land was expropriated by decree.[1] Pedro was displaced for the fourth time.

Cracolândia (or Crackland) in Campos Elíseos is an area where homeless people and drugs users, notably of crack cocaine, gather in public spaces. The open drug use is such that cars cannot drive here due to the dense mass of people gathered on some streets. In 2017, during fieldwork, the authors counted approximately 1860 people drifting around a single street. This kind of human agglomeration is popularly known as fluxo (“flux” or “flow”).

Campos Elíseos is the oldest planned neighbourhood in São Paulo. Developed in the late 1890s by and for affluent coffee planters, the barrio is named after the Champs-Élysées, a historic avenue in Paris. The historic mansions that dominate the landscape became low-income tenements known as cortiços or pensões when São Paulo elites vacated the area for garden cities and modern high-rises in newly developed neighbourhoods.[2] The pensões of Campos Elíseos are temporary and makeshift dwellings; commonly overcrowded, habitation rights here are precarious. Rentals are also very expensive when compared to formal market elsewhere.[3] Nevertheless, pensões are one of a few options available to those who cannot meet the requirements of a formal rental agreement and wish to remain in the city’s historical centre instead of residing in out-of -the city suburbs. Squatting is another option.

Abandoned buildings in the neighbourhood have also been converted into ocupações (“occupations”, or more commonly “squats”). Here residents pay a monthly “contribution” that costs about a quarter of the cheapest pensões rental price. Although there are numerous organised housing movements managing squats in the city centre, in Cracolândia they are mostly self-organised.

The uprooting process exposed in this research surfaces yet another instance of a phenomenon documented around the world, of popular territories defined by local governments as zones of indeterminacy being subjected to radical interventions. Low-income and vulnerable groups inhabiting these precarious geographies, where legality and legitimacy is ambiguous, are, as is well known, confronted by insecure housing tenures. We define this state as one of “permanent transitoriness”. Spaces and bodies become trapped between the dynamic boundaries of approval and elimination, safety and eviction. In these territories the life of unwanted or removable groups is framed by the management of time through recurrent threats of displacement, keeping people, spaces and activities in “permanent temporariness”. Inhabitants of these spaces are concurrently tolerated and condemned, perpetually waiting “to be corrected”.

Rosana, one of the 33 female heads of households in three pensões, paid approximately $200 per month for a single-room apartment with an improvised kitchen and an attached bathroom. She lived with three dogs and seven cats. Her husband had been imprisoned a few years earlier. Rosana worked several jobs to secure her rent. She laboured as a cleaner in middleclass homes and served as a janitor in pensões. She also received a state pension. She moved to Campos Elíseos because it was close to a HIV treatment centre.

Margarida and her five children lived in an improvised plywood room in a squatted warehouse along with approximately 70 other families. Some families in this ocupaçõ had installed gas cylinders in their rooms in order to cook. Running water was only available in the three bathrooms shared by all the residents. The squatted building bore marks from an earlier fire.

For two years the squat had been resisting São Paulo state’s claim to eminent domain over the building. The Secretariat of Health planned to convert the building into a hospital. Margarida paid her $26 monthly contribution with rent vouchers distributed by the city council to (some) of the families affected by government-led evictions or disasters. She accessed the voucher in 2011 when a fire destroyed her shack, along with hundreds of others, in Favela do Moinho, the last remaining slum in the centre of São Paulo. After being evicted from Cracolândia, in April 2018, Margarida moved to another squat in the city centre where she stayed less than three weeks.

At dawn on 1 May 2018, Labour Day, Margarida woke up to the sound of blasts. The 26-storey building in which she lived had caught fire. Margarida grabbed the backpack in which she kept important documents (it was always packed in case she needed to run), gathered her children, and ran down the stairs. Her mother, sister and nephews lived on lower floors and also survived. The building burned to the ground, displacing 430 people; there were seven casualties and two people were reported missing. After the fire, Margarida and her family spent more than one month sleeping rough on the street—like “urban refugees”—with dozens of other survivors.

According to the scholar and activist Verónica Gago, tenants and landlords are protagonists of “communitarian moments” and their relationship is characterised by “moments of brutal exploitation”. The occupants of low-income rentals and squats shape markets and trace geographies of transitoriness. The informal economies and low-income territories that stem from their movements are not simply outcomes of inadequate policies and the behaviours of vulnerable people; discontinuity and partial integration are central features in informal economies. Among people affected by the private-public partnership housing in central São Paulo, those residents able to access a relocation benefit, such as rental vouchers, used the money to rent rooms in precarious informal dwellings or to contribute to the maintenance of squats. For them, displacement and dispossession are experiences of everyday life, even when drawing on modest governmental support.

[3] Residents prefer the term pensões to avoid the stigma implied in the century-old word çortiço, and we follow their preference. Both terms in Portuguese refer to what in English is known as a “tenement”.

[2] The average rent in Cracolândia was around $22 sq/m per month in 2017, according to interviews with residents. This was more than the average price in Pinheiros, an upper-class neighbourhood in southwest São Paulo where the mean price was $17 sq/m in the same period, according to real estate market index FipeZap.