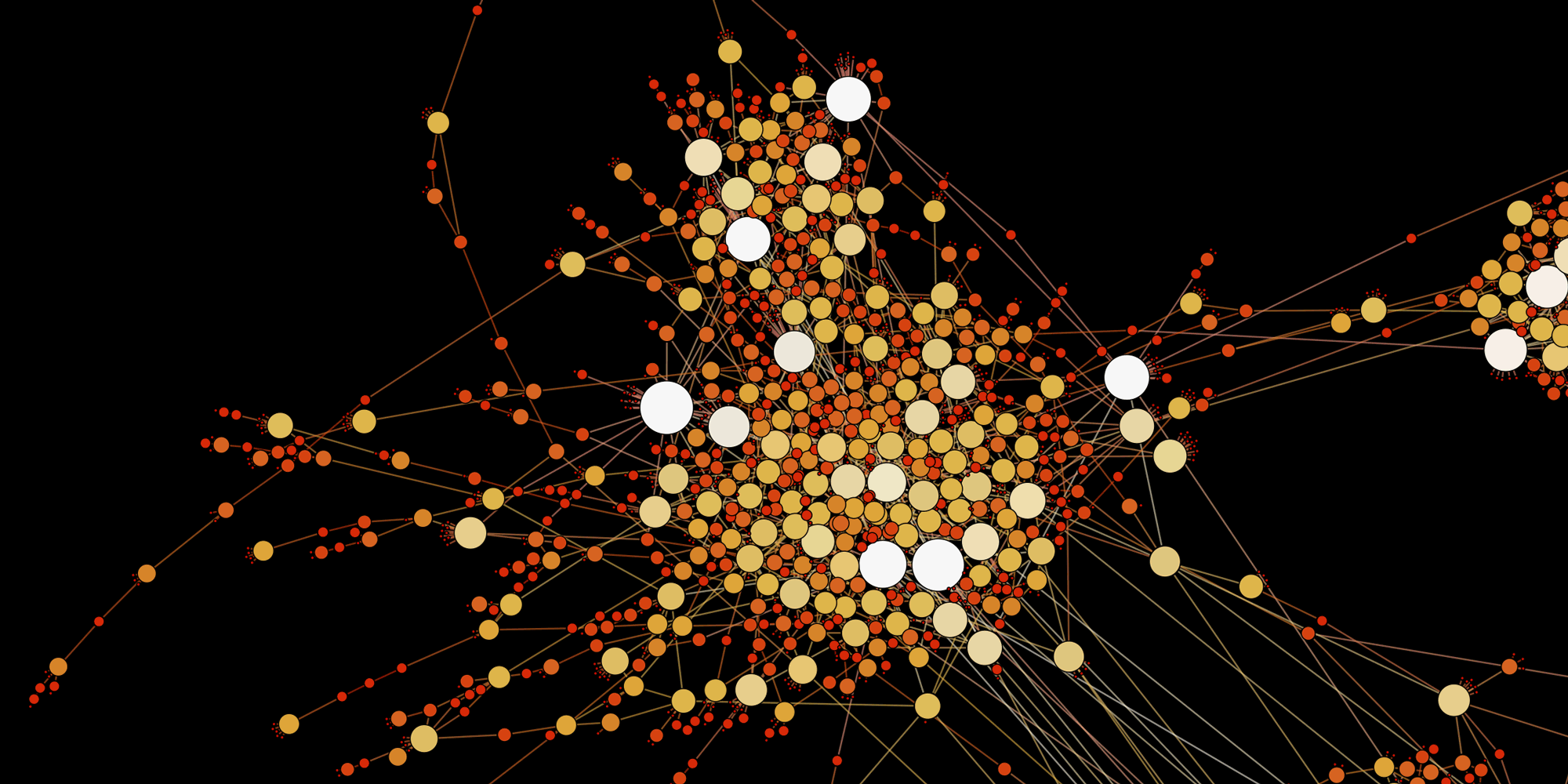 The emergence of a specific and innovative social unionism is a central point of the institutional landscapes of emerging popular economies in Argentina. The Confederation of Popular Economy Workers (or CTEP, but renamed UTEP) represents a specific innovation in terms the organisation of popular economy workers. It points to a reconfiguration among self-managed experiences, popular and workers’ institutions and their relationship with the state, the forms of the negotiation and also the ability to mix and valorise self-management, popular knowledge and practices with the possibility to negotiate and redefine class struggle in the crisis of neoliberalism.

During the last decades, the centrality of collective and community practices to resist economic crisis and reorganise urban common life infrastructure and welfare has deeply modified the space and time of the city through different dynamics of self-organisation. This has made possible the reproduction of life across the neighbourhoods of the working poor, and created the possibilities of new forms of production and accumulation of wealth. The persistence of self-organisation in the heterogeneous and creative ways through which popular classes organise their life in urban space, accumulate wealth and confront dispossession, labour and urban transformations is a central characteristic of the grassroots movement in Argentina.

The organisation of cooperatives and collective self-managed experiences attempt to combine the democratisation of production relationships with new forms of collective decision-making, which redefines territorial and political relationships, and indeed unionism itself. The formation of communities within and across specific places face multiple scales of dispossession and are characterised by ambivalence inherent to popular economy. These communities are spaces of dispute and conflict that involves the habits, embodied affects and cultural dynamics of their participants, the incorporation of neoliberal values and the social, political and subjective forms of resistance and transformation. In other words, a double tension persists, inside and outside of the community and the cooperatives, among different forms of value, notions of rights, and ways of organising everyday life. At the same time, there is the determination within this experimentation with unionism to organise social cooperation on the basis of workers without bosses struggling against the devaluation of work, lack of social rights and financial exploitation

This reorganisation of popular unionism redefines productive hierarchies and relationships, socio-spatial dynamics and economic distribution. The “common” decision-making methods and the forms of political organisation reconfigure the boundaries between “inside” and “outside,” between productive and reproductive activities, between work and union and political militancy, contributing toward creating a popular institutionality.

These cooperatives experiment with different methods of organising production, distributing revenue and responsibilities, while looking for a prototype capable of combining economic sustainability, production quality and transformation of the hierarchies of existing labour and reproductive relations. Alongside these attempts, processes of mutualism and self-education assume increased importance. Self-education contributes to the definition of productive and union strategies through the involvement of activists, researchers and workers. The capacity to generate economies by organising a common use of the wealth and a collective appropriation of social subsidies—under communal management—is accompanied by the reorganisation of spaces and relationships with the territory through exploring educational and recreational spaces for workers’ children, and by the creation of cooperatives that guarantee good quality food for workers in cooperation with small-scale farming organisations. This kind of political cooperation opens up the possibility to create new forms of institutions from below as a political horizon and a process of social transformation.

This configuration of popular institutionality recovers, produces and reinvents forms of communality that organises itself around a double movement: the split from the naturalisation of the labour regime and the reinvention of the workplace as a space for building communities. In fact, the relationships between production and reproduction are redefined in the reorganisation of the use of available resources and attention to the common. In her book Neoliberalism from Below(2017), political scientist Verónica Gago highlights how an instituting capacity emerges in the popular economies, “by its innovative character and, therefore, its dimension of praxis … the dynamic that invents and promotes (productive, commercial, relational, etc.) forms”.

The question of the construction of new institutionality is understood as the capacity to last through time and to redefine logics and criteria of authority that make new forms and modes of producing and reproducing life possible, but also as the capacity to intervene in the established power relationships. With regard to the reconfiguration of financial, patriarchal and colonial capitalism, a new “organisational machine” is needed, argues sociologist Alexandre Roig, to support the conflict with financial capital, articulate the social conflicts, and build new institutionality, redefining the balances of power in the state. Following political philosopher Antonio Negri, from a 2016 essay about the common as a mode of production, we can argue that the creation of popular institutionality as an expression of the common consists of a “cognitive and productive capacity of the multitude”.

A form of resistance to the submission of the common to “the capitalist extraction of value” thus becomes an expression of a subjective antagonism of the self-organisation of social cooperation. According to Negri, “the insistence on union, fiscal and political negotiation about the recognition of the common as a basis for the social reproduction of labour, and similarly the insistence on the entrepreneurial abilities of the active singularities” constitute central elements for resistance and struggles for welfare. This ambivalent “popular entrepreneurship” shows organisational capacity by exploring emerging forms of organisation that operate on the basis of the logics of the common. The spatial-temporal reorganisation of a common workforce is understood as capable of creating its own living conditions, a workforce that is intrinsically social, collective and cooperative, which, according to political scientist Dario Azzellini, aims through new forms of unionism, struggles and organisation to re-appropriate the value produced. Union action also goes beyond questions of wage and control of production processes to consider the organisation of everyday life, households and gender relations, given the pressure exerted by feminist popular struggles. For, the devaluation of labour is activated on the basis of hierarchies of gender and race, and the individualising logic that forms the central paradigm of neoliberal subjectivation.

According to Raquel Gutiérrez Aguilar, in her Spanish-language book Horizontes comunitario-populares (2017), the common “is a collective action of production, appropriation and re-appropriation of what exists and of what is created by the articulation and the communal effort of men and women”. The logic of production of the common, with its expansive vitality that reorganises the social relations and forms of politics, becomes a central question in terms of enabling popular institutionality to reconfigure the logics of class struggle in contemporary capitalism. These experiences of self-organisation constitutes, from this perspective, the infrastructure of a popular urbanisation the enables the possibility to redefine territorial frameworks, cities and the use and the production of space, where communitarian logics coexist with methods of political struggle originating from different traditions and temporalities. The spaces they enable and their effort to answer collectively to processes of individualisation, isolation and precarity constitute specific ways to confront the neoliberal production of subjectivity based on the ideology of the self-entrepreneur.

These experiences demonstrate that collective processes of self-organisation have a specific productivity in terms of politic, economic, social and cultural ways to dispute the forms of capitalistic accumulation, making the city as a common. Gutiérrez Aguilar defines this as a “collective appropriation of disposable material wealth and of the possibility to decide on it and define the way to use and manage it collectively”. As part of multiple ways of organising life in the working poor neighbourhoods, in community centres and in suburban zones confronting neoliberal way to self-organisation, recuperated factories and collective labour forms of self-organisation make visible popular and social infrastructures as new possible configurations of urban life. They reinvent the urban as a common through interstitial and potential alternatives based on reciprocity, community and cooperative practices to resist and challenge capitalist relationships and spaces.