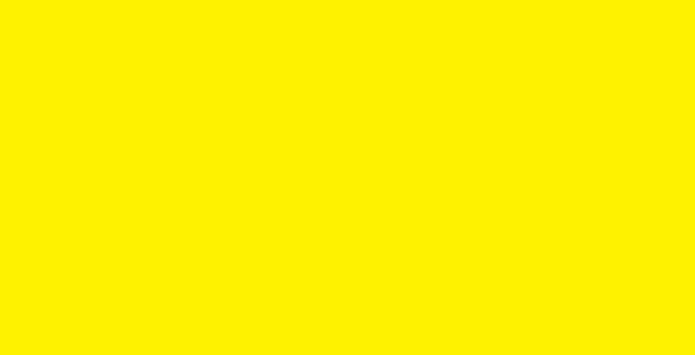 Take the following vignette. By 1995, East Delhi’s Viswas Nagar was Asia’s largest cluster for manufacturing cables and conductors. This outcome was deeply embedded in the incremental transformation of land and embedded in various and contesting realms of local government administration. Such a process has become increasingly generalised across Indian cities. Recent research on cellphones in Chennai’s main electronic cluster, Richie Street—read together with earlier research in Mumbai’s Lamington Road and Manish Market, and Delhi’s Gaffar Market and Seelampur—reveals the complex refurbishment of urban land as a massive space for youth attempts to launch livelihoods. Unable to enter technical institutes on grounds of language and social economic power structures, these youths have improvised.

In 2019, G. Venkatesh, a professor of practice at the Indian Institute of Technology, Madras, projected that smartphones usage in India would rise to 750 million over the following three to four years, from the present 150 million sold annually. Assuming that roughly 5% of the 150 million phones presently in use require repair each year, this implies 20-30 million annual work orders for youth, most of whom have few alternative economic and social opportunities. This has served as a platform from which to develop new skills, which have been deployed to develop transnational supply and knowledge connections, particularly in the repair, repurposing and customised production of miniaturised circuits further inserted into new small-scale technologies. To fathom the regional effect, our 2018 research suggested that of the 20,000 daily footfalls in Chennai at least half (if not more) were service engineers visiting from smaller Tamil Nadu cities and towns, as well as other south Indian locations.

Unlike the classic Indian economic doctrine of jugaad (of living through improvisation), a significant number of senior technicians are sponsored to visit Shenzhen every three months to discuss new reconfigurations with Chinese manufacturers. But it is the masses of small traders visiting Shenzhen, Shanghai, Guangzhou and towns like Yiwu that has been even more influential in normalising relationships between the two countries, even though this process largely remains off the radar. A process of reciprocal visits has led to the establishment of so-called “China bazaars” in Mumbai, Delhi and across SJP Road in Bangalore. The more conventional macro framings of these spaces as representative of an “informal sector” dilutes their complexity and substance, yet nevertheless acknowledges that they contribute 95% of jobs and at least 50% of economic value addition in this economic domain.

In the context of popular economy, spaces such as Viswas Nagar exemplify how real estate surpluses fund small factories and provide concomitant shelter for workers, and, further, how this process shapes state spaces and the practices of elected municipal councils. The point here is to view land as space activated via varied political realms. These developments are not those resulting from social movements, NGOs or employment programmes framed by public policy. Rather, these are the mundane spaces of local administration frequented by brokers and agents taking bored and “corrupt” bureaucrats to the local chai shop to complete deals.

Such sites, forming extensive territories in both metros and small towns, have now come to include tracts sought by large developers involved in industrial and IT corridors, “smart city” projects, townships, gated housing estates and malls. Such state spaces and practices of policy facilitating financialisation, and the subsequent neoliberal territory formations have attracted recent scholarship. However, three aspects of this scholarship misrepresent the larger picture. Firstly, land tenure is still framed as “titles”. Secondly, the state is homogenised to conflate its varied and contesting institutional realms. Thirdly, there is an implicit binary between planned landscapes set against “slums”.

All these assumptions miss the institutional contestations connecting tenure to surpluses in these entrepreneurial sites. Here, property operates through many guises and forms of management, which often circumvent outright title, in part because they are part of an interconnected system that links various forms of production and modalities of labouring. Take, as an example, the experiences of 80-year-old Aggarwal.

My first meeting with Aggarwal, an association president in Viswas Nagar, was perfunctory. I was directed to his home by a liaison agent at the Delhi Electric Supply Undertaking (DESU), whose engineers also connected me to a small copper-wiredrawing foreman renting in Aggarwal’s home. During our meeting Aggarwal handed me an “extracted work order” that underlined the association’s efforts to procure a part of an empty plot for a proposed transformer. He had gained the support of a local Viswas Nagar politician affiliated to the Indian National Congress party.

Convinced that only a student researcher could venture out in the June heat, Aggarwal showed me files of letters and petitions revealing the precise framing of demands, the strategic politicisation of their situation, and, importantly, the administrative space they had co-created with DESU to extend electricity to many such sites.

Later we visited his son-in-law in a disadvantaged western part of Viswas Nagar. The area housed much younger families, many of who reared buffalos, chickens and goats. They were full of hope in the next election. Several workers rented rooms and on the Sunday we visited were using these spaces for small machining jobs. Aggarwal openly discussed the commission to be paid to the DESU liaison agent who had introduced me to him with his son-in-law. The fee was payable for locating a reliable subtenant who would start a copper-wire drawing unit made possible by the proposed transformer. The room where he would stay was still under construction, along with another on the terrace, as well as a new drain outside. These constructions formed part of a larger possibility: a future factory stocked with second-hand refurbished machinery in which Aggarwal’s son-in-law would be a sleeping partner. An unfinished front room in the house had a steel shutter opening. It was boarded up when I visited.

This account of Aggarwal’s circumstances is helpful in critiquing multilateral institutional governance reforms. These reforms are associated with a push for land regularisation through titling. Such pressures target the political autonomy of locally elected bodies, where administrative and political practices are often built around patron clientelism. In promoting the land mafia, whose “slums” and “unplanned areas” build on archaic land tenures reflecting feudal pasts, these reforms impede high-growth areas suited for higher and more productive uses. Scholars and NGOs concerned with housing rights often miss this central issue in the contest over land surpluses; many remain silent or even complicit. They assume land titling is essential for accurate targeting of welfare programmes essential for the rehabilitation and resettlement of project affected people (PAPs). Mediating between their community, and its related politics of visibility, and various state spaces subject to slum redevelopment through public-private partnerships, scholars and NGOs frequently take a teleological view of tenure. Slums located on customary, informal and/or de-facto claims, goes their logic, have to be recognised and mapped to allow for proper titles to avoid eviction, and sustainable programmatic demands made by international donors on cost recovery. The actual track record, including juridical processes supporting rights-based agendas, suggests otherwise. Such an approach largely does not work.