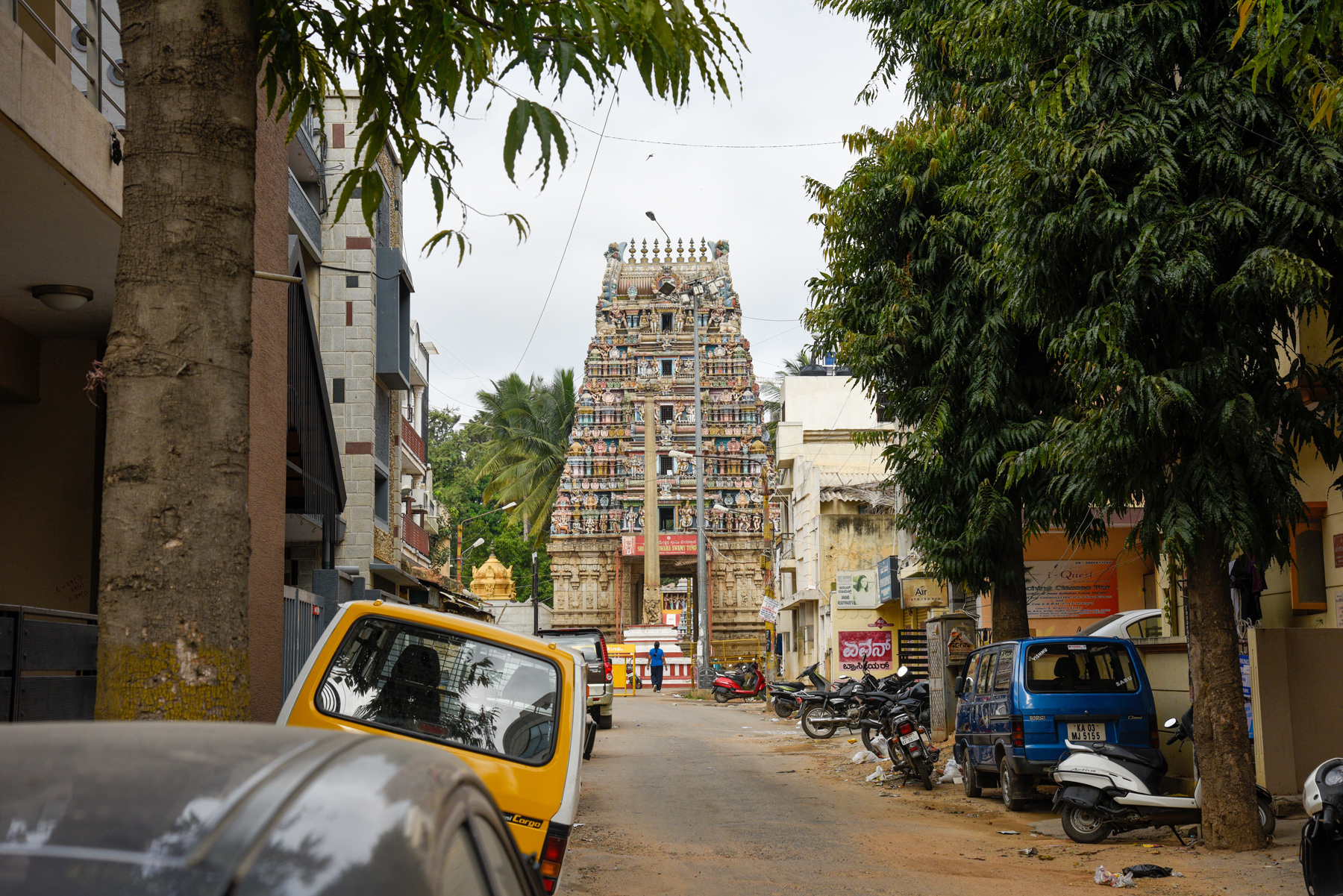 Four years ago, when construction began on a small structure in the park opposite our home in Bangalore, my family and I were excited. Finally, we thought, a toilet. But we were wrong. It was a temple.

These days, in this neighbourhood, and in this country, it is almost always a temple.

I live in the cul of a cul-de-sac off Ulsoor Lake in central Bangalore. I grew up on one side of the lake, in a house my parents still live in, and migrated all of two kilometres down the circumference to my present location.

Running along its edge in the mornings and pointing out its beauty to visitors when driving past, I know every contour of this lake, and have a proprietorial relationship with it. It’s completely unjustified, of course, as I do not, like my parents, spend most weekends voluntarily lifting garbage from its shores. That said, I have my opinions.

That someone thought the best way to improve the experience of the hundreds of people who visit the park every day, many of them Muslim, was to build a completely unnecessary Hindu temple, well, it was like the municipality showing us—and specifically me—the middle finger.

Born a Hindu myself, the right-wing Hindu extremism that has increasingly cast a shadow over my adult life was part of what made it difficult to acknowledge affection for the faith. As much as I resented that, I resented even more the new temples being built at my doorstep.

I’ve also long begrudged the management of public space in Bangalore. Even before the advent of temple-mania, the municipality has been, through its park management, giving the middle finger with some regularity to many of Bangalore’s citizens, though generally not me or my middle-class ilk.

Belonging to the municipal corporation that administers Bangalore city, parks are, in principle, the property of every city resident. But in reality, park policies seem to be geared towards ensuring that only certain people enjoy them (such enjoyment apparently not including convenient ablutions).

Let me explain. All gated parks keep to a strict schedule. They open at 5 in the morning, shut at 10, and open up again between 5 and 8 in the evening—or exactly the times at which office-goers wish to walk and run.

These hours achieve two key things: by day they keep out the working class, preventing them from relaxing or sleeping somewhere nicer than the open road; by night, they keep out two crucial middle-class obsessions, “sex and drugs” (until recently, Ulsoor Lake, like other city parks, was a popular gay cruising ground after sunset).

In doing this, the city has, for decades, literally closed its gates on the people—the poor and other marginal citizens—who most need public space. While this meanness was bad enough, Bangalore has now found a new way of signalling who its public space is really for: enter the new Hindu temples.

While the temple in the park was still under construction, I did what enraged middle-class people do, and called the corporator of my ward. I live in Ward 90, which covers the neighbourhood of Ulsoor. The listing in the directory identified my corporator as Mrs. Mamatha Saravana. The person who turned up to meet me was a man driving a Mercedes. His name was Saravana. I later discovered he lived opposite my parents’ house, on the top floor of a block of flats to which he had illegally added two floors.

I did what enraged middle-class people do, and called the corporator of my ward. The person who turned up to meet me was a man driving a Mercedes. I later discovered he lived opposite my parents’ house, on the top floor of a block of flats to which he had illegally added two floors

Corporators are elected every five years in the least glamorous of all elections in the country. They are among the lowest-ranked elected officials, lower than representatives of city constituencies, cities, state districts, states, and, of course, the nation. Choosing a new Prime Minister in 2014, the country saw 67% of its eligible voters turn out for the national election—the highest number ever. By contrast, in 2015, the last time ward elections were held in Bangalore, the turnout was 44%. I voted, but only because my parents harangued me. The event would have otherwise skipped my attention, as it does most middle-class, tax-paying people in my neighbourhood.

It turned out that Saravana was, indeed, a legitimately elected corporator—but from three election cycles ago. In the last election, Ward 90 had been selected as reserved for female candidates, so he fielded his wife. In the election before the last one, our ward had been reserved for candidates belonging to “scheduled castes” or “scheduled tribes”—a nod to the centuries-old system of caste oppression that blights the nation—and Saravana, without missing a beat, fielded his driver.

This was, effectively, Saravana’s third term, and his impatience at being summoned by a person who didn’t matter to him in any way, showed. I asked him why a temple was being built in our park. I demanded he turn it into a toilet. In the five annoyed minutes he spent with me, he dismissed my concerns, authoritatively informed me of an “ancient shrine” that existed at the spot thousands of years ago, and told me not to get so upset. Ever the opportunist, Saravana was not going to go against what he clearly understood as popular Hindu sentiment just because one snotty resident wanted him to.

I’ve looked for signs of that ancient shrine. All I can see in the temple—now built, and always locked—are two small pillars that look exactly like mile markers, smeared with holy ash of recent vintage. Aside from a few posters and a steel almirah, the rest of the temple is filled with junk—empty water bottles, cardboard boxes and assorted debris. It must take an extraordinary amount of restraint on the part of visitors not to surreptitiously put the space to better use—including as a toilet.

Not long after the temple was completed, the pandemic fell upon us all, and the city shut down. The parks shut down too. Some clever individuals tore a hole in the fence, and whenever I walked past last year, I saw people enjoying the thrill of breaking lockdown protocol with a romp in this beautiful, deserted, open space, at any and all times of day—and it made me happy.

Once the restrictions eased, the parks opened up again. At first, in a wonderfully misguided attempt to control the spread of the coronavirus, they were open to everyone but children. Now, they’re open to “everyone”, although still only during the permitted hours.

And so, in the evenings, park-goers of all classes are back with a vengeance: families sharing food, young couples shyly holding hands, children screaming. Civilisation.

It is unclear how much any of them care about the temple.

Naturally, the park still has no toilet.